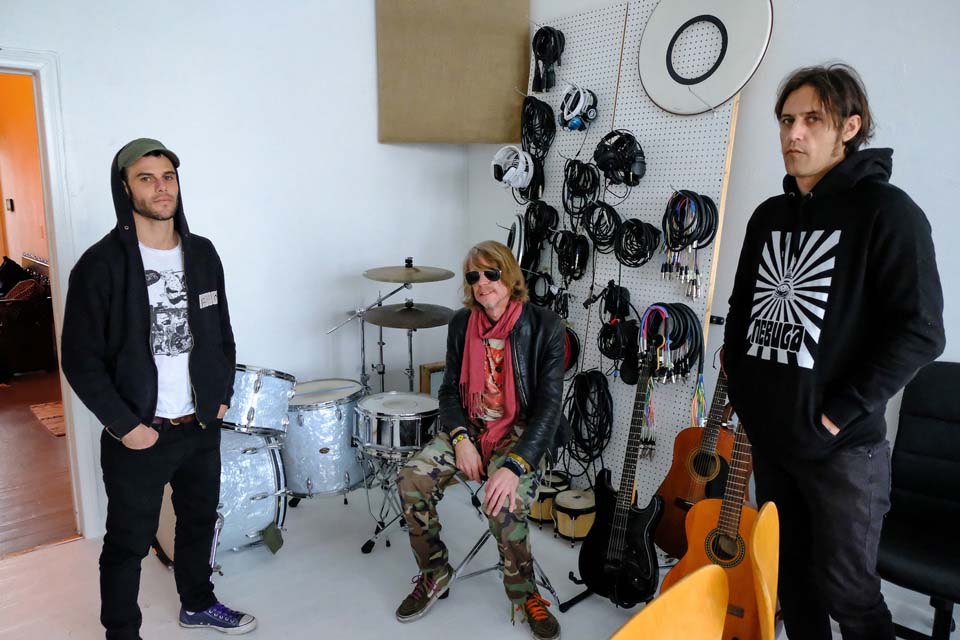 »Apollo« is the Nebula 4th full-lenght released in 2006. Heavy Psych Sounds is proud to reissue this album in brand new coloured vinyl versions.

“’Blues rock’ has been invented over and over again and Nebula are the persistent ‘stoner’ gale though »Apollo« is only their fourth album in seven years. Labelled under many old styles, Nebula’s blasts from the past yet offer more fresh new party crackers.

The Nebula sound is drenched in oily sonics dug up from Muddy Waters and on »Apollo«, Nebula don’t shy away from resemblances among others to Rory Gallagher and Slade. Grunge parents and their children will love this album to bits.

One of 2006’s highlights will prove to be this Nebula track called »Future Days« from this truly intoxicating »Apollo« album. Though »Apollo« is fairly consistent, a few tracks stand out because of the immediate appeal – to be specific that’s the 10/10 note down in my book. »Apollo« is in fact the epitome of retro but the album leaves no room for any further discussions of the past.

»Future Days« features the bleating of sheep melted in to some of the most gorgeous guitar licks of today. Spoiling you with superlatives with good reason; »Apollo« includes both the method for an off-licence brain surgery as well as the means for a fully registered permit to go ape. You just won’t get an easier lobotomy than from »Apollo«.

The music may go back 30 years or more but through some magical mystery resurfaces with excellence. If the demand is for blues, rock, stoner or whatever comes off strings, skins and from throats, then Nebula probably play that type of joyful sleaze better than any other band these days.” – Maarten Schiethart 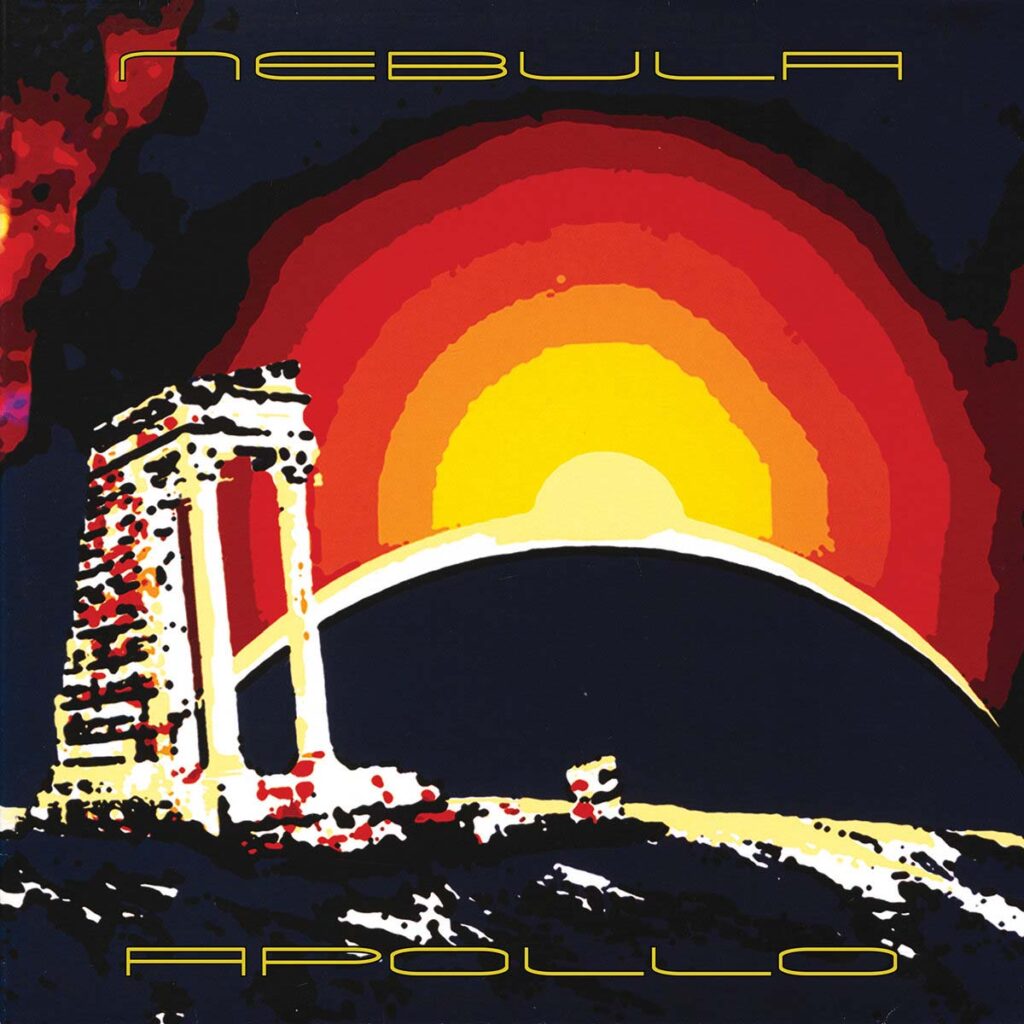 “Stoner rock? Bonghit metal? Old school hard rock? Call it what ya want, but it is clear from the first 3 seconds of Nebula’s »Atomic Ritual« that these guys have been listening to a lot of Hawkwind! Droning, heavy, fuzzy and flat-out rockin’ as fuck, Nebula’s latest slab is more conceptual than their previous effort, but no less pulverizing. Produced by Master Of Reality (and Queens Of The Stone Age/Kyuss mentor) Chris Goss, »Atomic Ritual« is the bands most layered, bold work to date and finds them veering closer to the headfuck ethos of early Monster Magnet than the indie classic rock they ventured into on their Sub Pop effort. The title track and »Out Of Your Head« are just pure space rock, while »Carpe Diem«, »So It Goes« and »More« balance out the cosmic slop with some hooks and melody. None of this is gonna get the on the radio, but one gets the feeling they could care less. So be it. All in all, a pleasing way to melt your brain.” – Frank Meyer 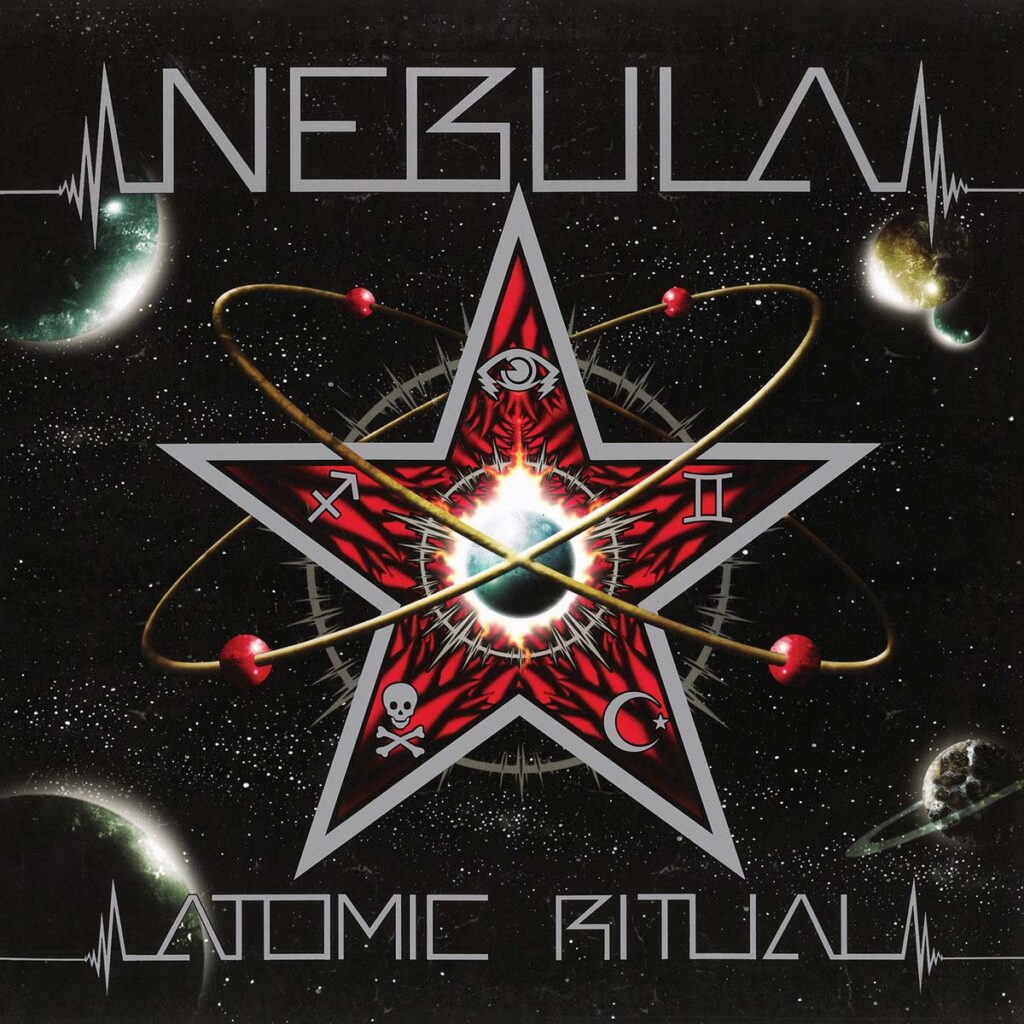 Nebula creates pure guitar-driven, conscious expanding rock for the 21st century. They are a culmination of their rock forbearers such as Jimi Hendrix, MC5, The Stooges and Mudhoney turned up a notch, taken to the next level and blasting through space. Nebula spread their gospel through their music and what they are preaching will leave the congregation on the floor.

In 2017 the band decided to reissue three of their crucial early works via Heavy Psych Sounds Records: 1998’s »Let It Burn«, 1999’s »To The Center and 2002’s »Dos EPs«, which includes the material originally released on 1999’s »Sun Creature« and a »Nebula/Lowrider« split.

Followed by the re-release of Nebula’s »Charged« and the special release of »Demos & Outtakes ’98-02« in early 2019, in the summer of 2020, after 13 years the band returned with not only a new line-up but also with a brand new full-length called »Holy Shit« – 9 tracks of pure Heavy Psych explosion!!!