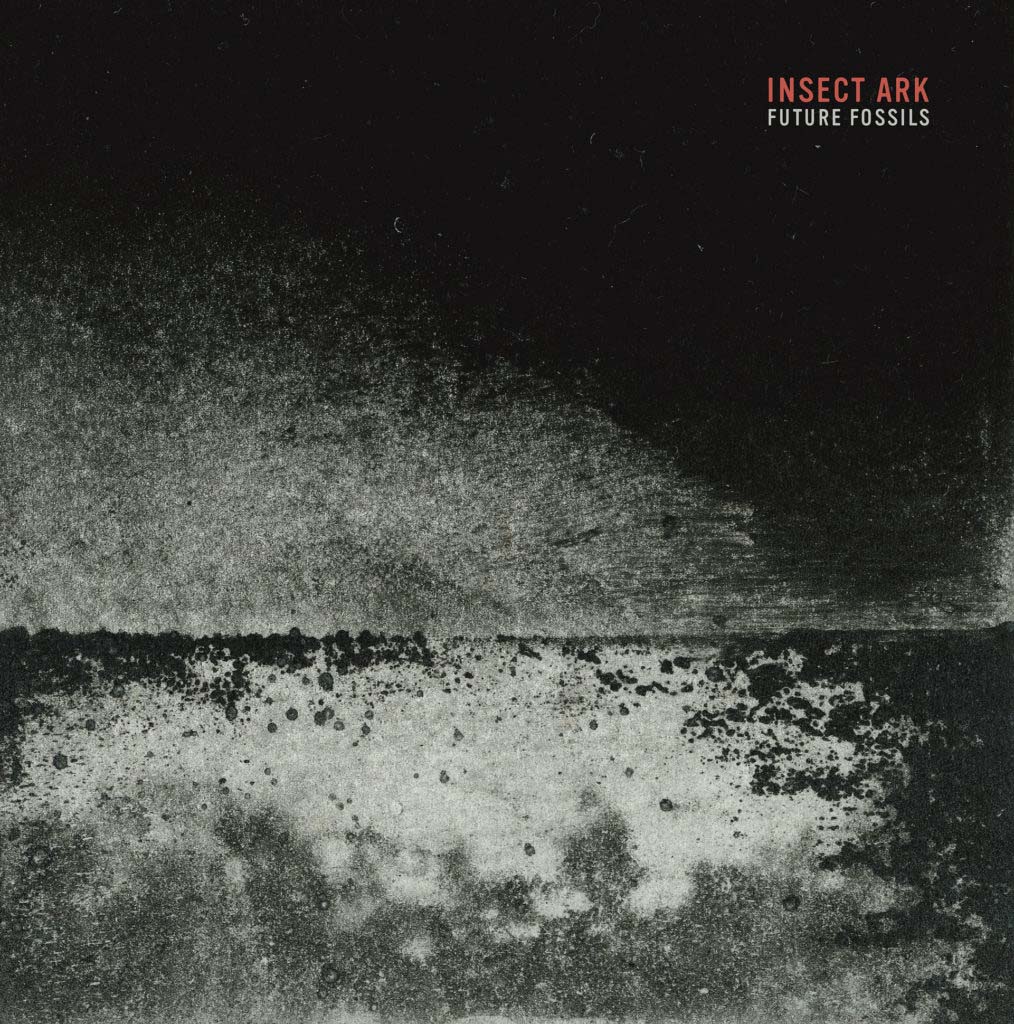 When Dana Schechter started Insect Ark as her “true” solo project in 2012, she set out to build desolate and hallucinogenic galaxies of sound entirely on her own. Writing and playing solo offered an escape into the deepest realms of self-reflection, dredging and birthing a hitherto sonic beast that was, it turns out, utterly unhinged and totally liberating. Focusing on experimental, drone, noise, and avant-garde noise, Insect Ark’s first years produced records that were raw, ominous, and totally unique. While defying comparison, these new sounds possessed Schechter’s distinct musical spirit, woven throughout her twenty-plus years of band/collaboration work.

After three releases (2012’s »Collapsar« 7”, 2013’s »Long Arms« 10”, 2015’s »Portal/Well« LP), Insect Ark added live drums to the mix, and the resulting albums – 2018’s »Marrow Hymns« (with drummer Ashley Spungin) and 2020’s »The Vanishing« (with drummer Andy Patterson) showed that her singular vision could also expand into heavier and more crushing territory within a collaborative space. The power that live drums brought to Insect Ark helped gather a new fan base in the heavy-music world, adding another layer to the band’s palette. 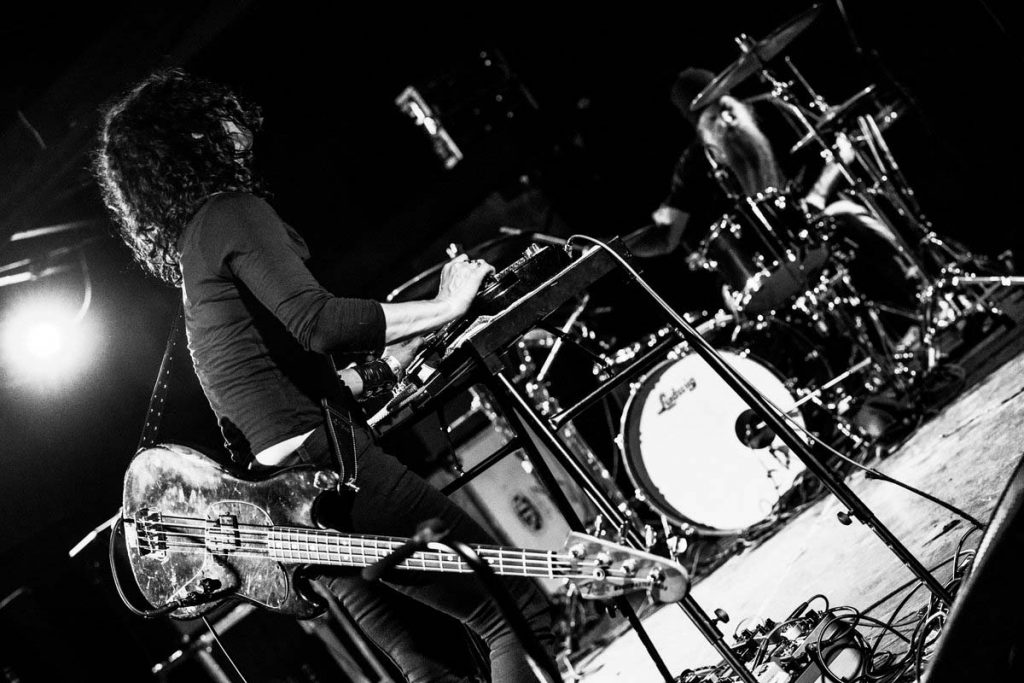 Side A features three all-synthesizer compositions by Schechter. »Gypsum Blade« and »Oral Thrush« were both written and self-recorded in 2018. These tracks were recorded by Schechter on the Buchla 200 Synth on the last day of a Guest Composer residency (for Schechter and Spungin) at the legendary EMS Elektronmusikstudion in Stockholm, Sweden. »Anopsian Volta« was written and self-recorded in 2019 at Schechter’s home studio in Brooklyn, New York – the same location which most of her albums, starting from the early 2000’s until 2019, were written and often recorded.

Notably absent on these three “synth” songs are two of Schechter’s “main” instruments: lap steel guitar and bass guitar. But their omission is not a new direction, as much as an alternate facet and an exercise in the spirit of stark minimalism, as Insect Ark continually grows and metamorphosizes.

The album’s B-side, »Gravitrons«, a live noise improv set, was performed at a converted church in Brooklyn in 2016, with Schechter on lap steel/synths, and former collaborator Ashley Spungin on synths/percussion. This performance was a one-off instance; the two musicians were not accustomed to improvisations together, normally performing in the “band” duo format of bass, lap steel, drums, and synths. »Gravitrons« dates to the period shortly after Spungin joined the band, and prior to their full-length recording together, 2018’s »Marrow Hymns«.

»Future Fossils« is the first step in a continuing revisitation of Schechter’s solo work. “I felt now was a good time to do solo work again,” she offers. “I love to collaborate,and always will, but I also relish the sense of discovery, of reaching uncharted territory, and the freedom to adapt and shift at a moment’s notice. Those can only happen when performing alone.”

With two more new albums on the immediate horizon – another all-solo-synth material, as a full-length LP, and a full new “duo/band” LP – Schechter’s musical output as Insect Ark has once again proven to defy genres, resist trends, and thwart expectations, leaving us all guessing to where she will traverse next. 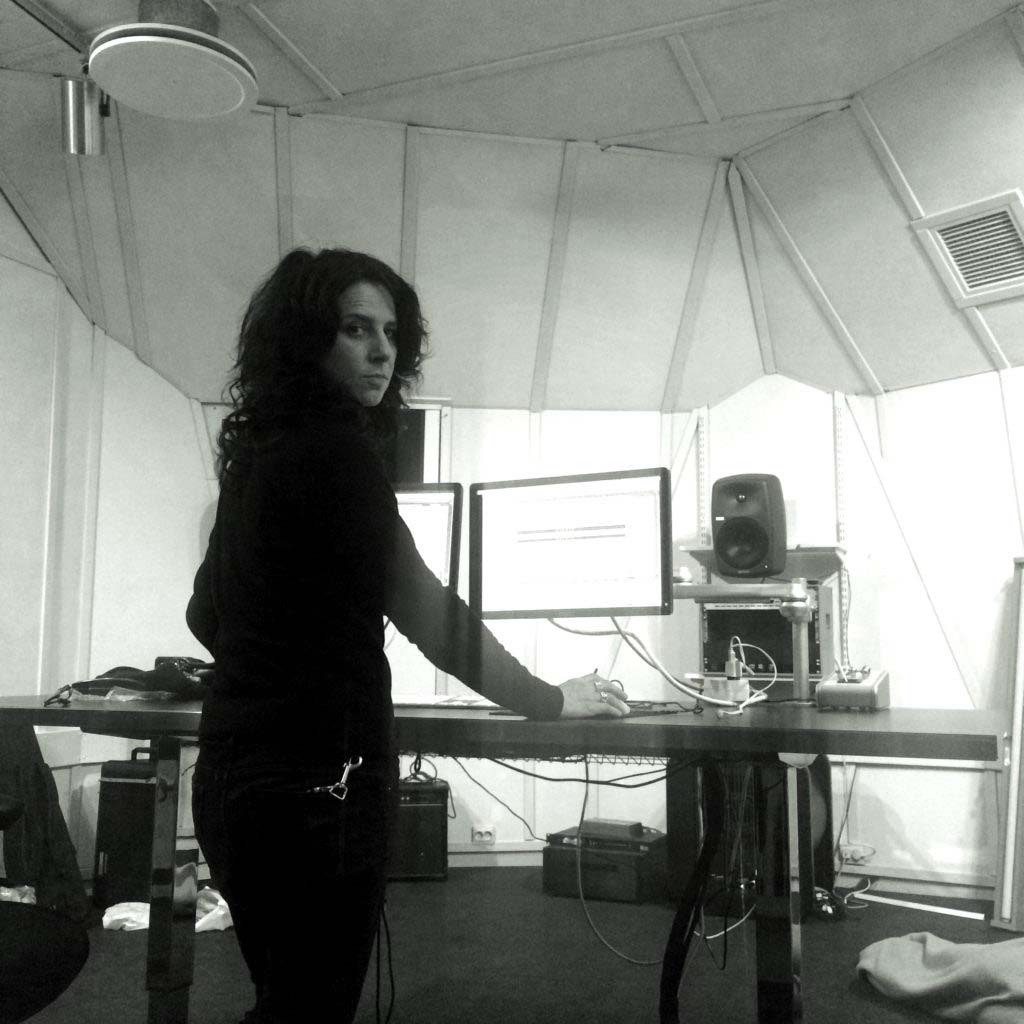 »Oral Thrush«, »Gypsum Blade«, and »Anopsian Volta« were recorded and performed by Dana Schechter at EMS Studios in Stockholm, Picasso Machinery in Brooklyn, and D. Diamante in Berlin between 2018-2021 and mixed by Simon Goff at Hiddenseer Studios in Berlin, June 2021. »Gravitrons//Live Improv« was written and performed by Schechter and Ashley Spungin and recorded and mixed by Josh Wertheimer in Brooklyn in November 2016. The EP was mastered by James Plotkin.

»Future Fossils« will be released on CD, LP, and digitally with teaser tracks to be unveiled in the days to come. Find LP pre-orders HERE and CD preorders HERE. (Digital orders will be available in the coming weeks).