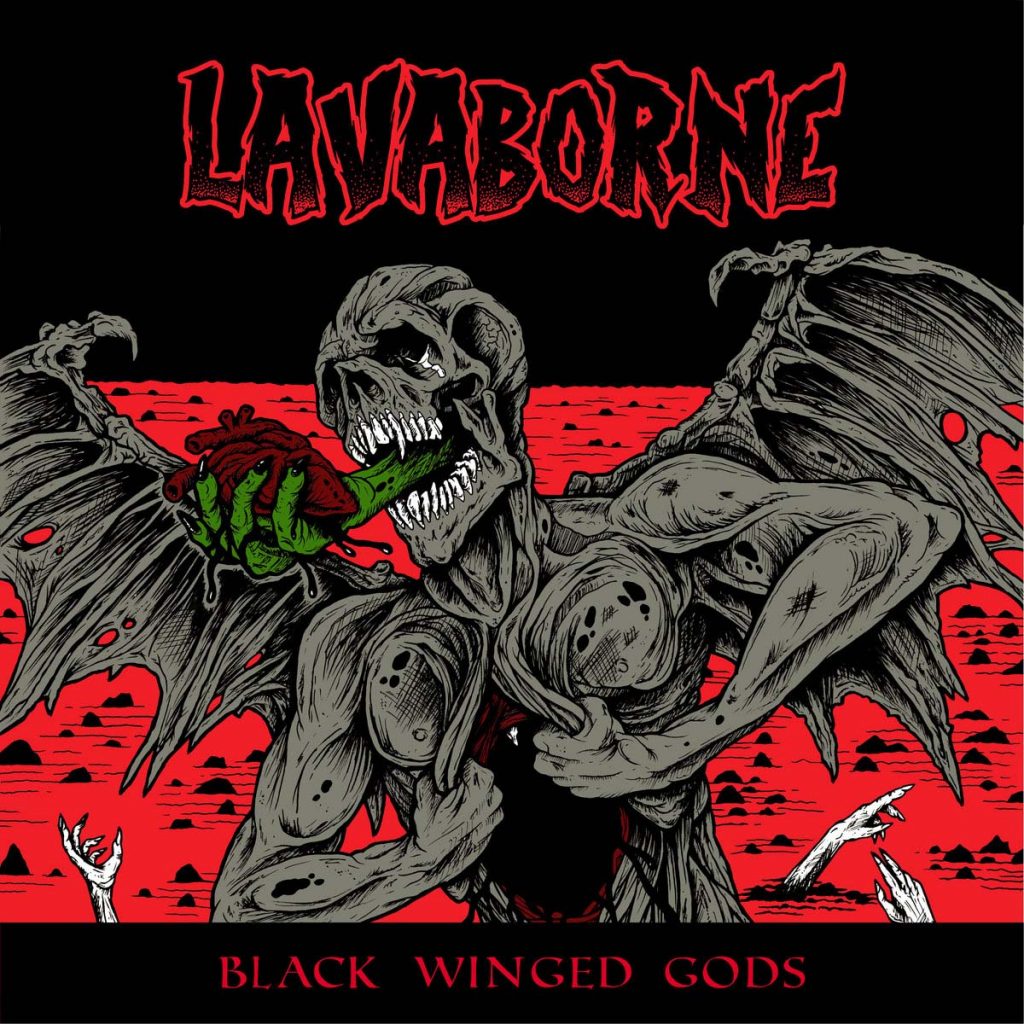 Indianapolis warriors Lavaborne forge their riffs in the magma of classic metal. Flashback with us to the early and mid-’80s, when Iron Maiden was writing a new classic album every year and Candlemass lit their first flame.

“The darker tone and theatrical vocals are rooted in doom, while the faster drums and guitar harmonies are very inspired by more traditional heavy metal,” vocalist Chris Latta describes. “Our core influences are Judas Priest, Iron Maiden, Mercyful Fate, Candlemass, and the eighties Black Sabbath albums. We also take inspiration from more contemporary bands like Crypt Sermon, Khemmis, and Visigoth, among others.”

You can hear an array of those influences charging throughout »Black Winged Gods«. But Lavaborne owe their sound to no single genre or metal legend. Their riffs clash swords on distant battlefields and stomp through the swamps of doom and sludge. But this doesn’t sound like a band searching for their voice. After the original duo slowly recruited three members from local maniacs Mask Of Sanity, they used the past two years sharpening the timeless choruses on »Black Winged Gods«. Drummer Max Barber recorded the album like an alchemist turning heavy metal into sonic gold. While the songs are populated with adventurers and mythic beasts, Latta’s lyrics translate fantasy themes with a philosopher’s quill. 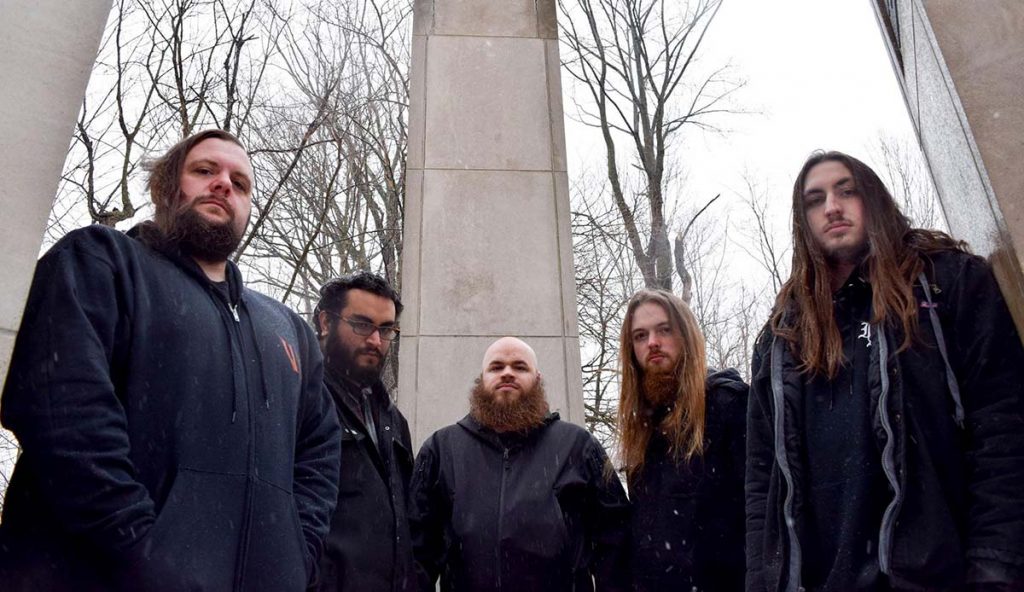 “The lyrics on »Black Winged Gods« are primarily based on fantasy, religion, and mythology,” Latta explains. “[There are] a lot of standard metal tropes, but they come with certain twists or questions rather than playing them straight. A song like »The Great Reward« turns the idea of dying in a war for one’s country on its head. »Mortal Pride« uses the Tower of Babel to question religious authority. And »Master Of Medusa« invites the listener to see the true face behind the monster.”

Lavaborne will ascend from the flames when Wise Blood Records release the album digitally and on CD/Cassette formats on October 1st. Punch the sky and join the Power Doom quest of Lavaborne’s »Black Winged Gods«.