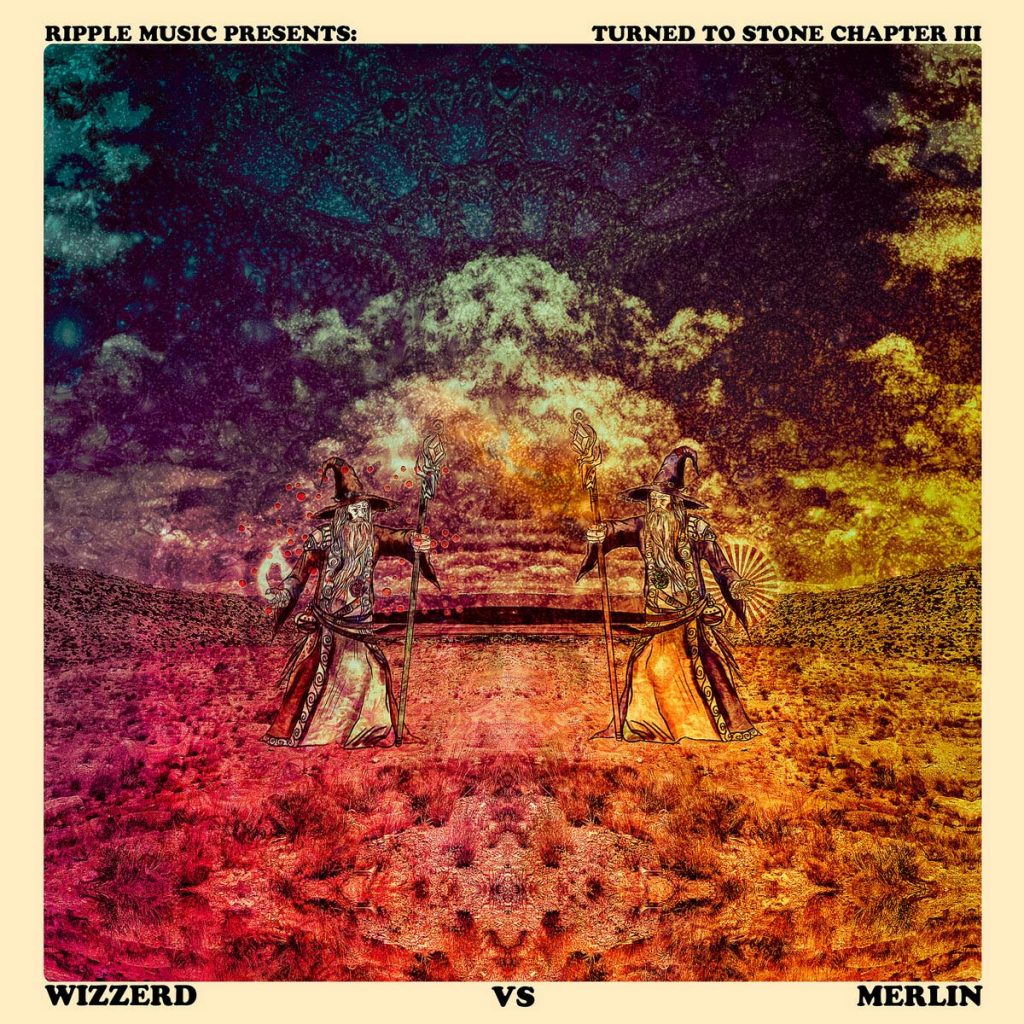 Heavy psych merchants Wizzerd presents the single edit of their mesmeric track »We Are« from »Turned To Stone Chapter III« split album with Merlin, which will be available on July 16th, 2021 via Ripple Music.

Tracklisting:
Side A. Wizzerd – We Are
Side B. Merlin – Merlin’s Bizzare Adventure

US heavy psych and prog merchants Wizzerd and Merlin are set to issue their magical 40-minute split album »Turned To Stone Chapter III: Wizzerd vs Merlin« on July 16th on Ripple Music. Immerse in Wizzerd’s strange rock meanderings with the single version of their 20-minute LP side »We Are«.
In Chapter III of Ripple Music’s ambitious »Turned To Stone« series, a mythic musical battle unfolds between two wielders of the magical arts: Wizzerd and Merlin. With each band contributing a full LP side, taking the form of one massive and masterful track, which band will triumph and take the mantle of Master Mage? While Merlin take you on an epic shapeshifting journey that escalates from doom to occult prog, by way of disco-funk, Wizzerd brew a mountainous heavy psych spell built on bluesy riffing and cavernous vocals.

🔮 Listen to Wizzerd introduce their magick with the new song »We Are« 🔮
Merlin about this epic contribution: “»Merlin’s Bizarre Adventure« was made while the pandemic raged on; band members came and went and all of our jobs became wildly unpredictable. Writing this song in the spring/summer of 2020 was the only thing preventing us from going on a hiatus. It gave our new lineup the challenge and jump-start we needed to embrace the future sound of the band. Plus we needed to write a song that Wizzerd couldn’t top even if they tried.” Listen to an excerpt of Merlin’s LP side with “»Merlin’s Bizzare Adventure (Stoner Doom edit)«” 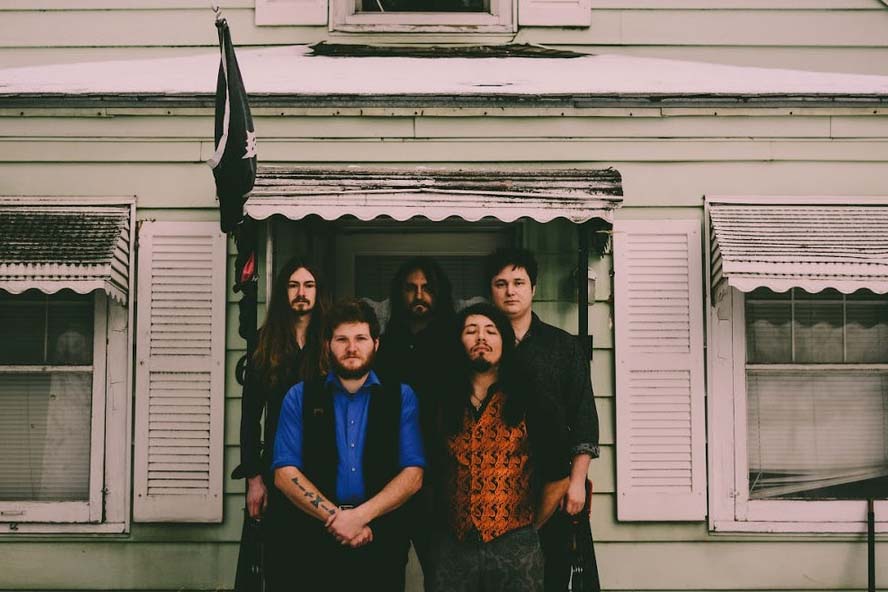 Wizzerd add: “Fans across the globe have been asking, ‘Who will win the great meme war?’, ‘Why does Merlin think they have anything on Wizzerd?’ and ‘Will this ever end?’, and thanks to the fine folks at Ripple Music, we can finally settle this heated debate once and for all. Merlin think that they’re hot stuff, but really it’s all just a meme game. When it comes to the music, can they make it where it really counts? Grab yourself a chili dog and listen to find out who the real winner is. (Hint: it’s Wizzerd).”

Although members were good friends and musical allies for years beforehand, Wizzerd was officially formed in October 2014. Forged from countless hours of jamming in a northwestern Montana basement was a sound that Wizzerd could latch onto as their own. They soon penned and recorded their first album, »Doomchild«, and since then have been challenging themselves to grow in every way possible while remaining independently managed and produced. Since the release of »Doomchild«, they have written mounds of material and released some of it in the form of their self-titled LP, and there is more to come! However, perhaps the way the band has grown most is on the road. With four years of extensive touring of the US and breaking ground in Europe under their belt, followed by lots of studio time this last year, 2021 promises to be a big year for Wizzerd – perhaps the biggest yet!

Merlin was formed in 2012 in Kansas City, Missouri with the idea to obliterate minds and consume souls. Merlin vowed from the beginning to never make the same album twice and would go on to release their debut album, »Merlin«, their breakthrough Gladiator II screenplay based »Christ Killer«, their apocalyptic, »Electric Children« and play music with countless bands all in a 4 year span. It was then, Merlin wanted to expand their sound even further and added Saxophone player, Stu Kersting to the fold. Together, they released back to back »The Wizard« and »The Mortal« two of Merlin’s most critically acclaimed releases yet, played Psycho Las Vegas, and shared the stage with legends such as The Protomen. This brings us to Merlin now. They have molded their lineup once again, and are ready to turn the tired and stale scene on its head yet another time. Merlin is coming for you.