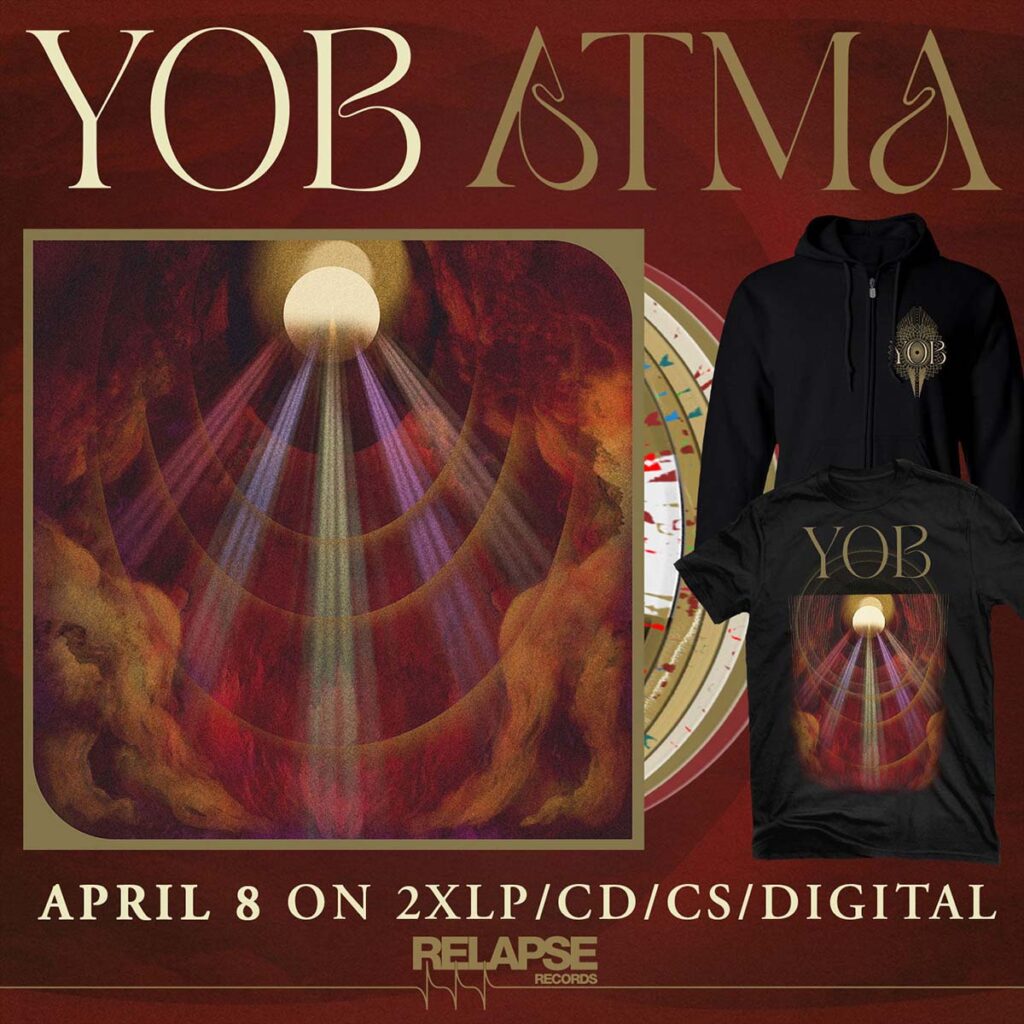 YOB have unveiled a fully remixed and remastered version of their 2011’s masterpiece »Atma«. »Atma (Deluxe Version)« sees Billy Barnett make the album volume-wide and monolithic in detail and space while keeping all of Jeff Olsen’s original amazing raw-punch production.

»Atma (Deluxe Version)« will be released on April 8th, 2022 via Relapse Records.

The band comments: “When we first recorded »Atma«, our aim was to have a raw production, lo-fi and punk, and we did get that sound. Over the years though we wondered what it would be like to have Billy Barnett remix »Atma«, allowing him to give it Gung Ho Studio’s scope and thunder, as he has on »The Illusion Of Motion«, »The Unreal Never Lived«, »Clearing The Path To Ascend«, and »Our Raw Heart«. Due to our busy schedules, this idea sat on the back burner but when the pandemic hit, we had the time to not only approach the project, but approach it with this goal: to keep everything in Jeff Olsen’s amazing raw-punch production while having Billy make it volume-wide and monolithic in detail and space. We’re thrilled with the result, and hope you will be too!

»Atma (Deluxe Version)« is available for streaming and download on all DSPs now, and at Relapse Records you can get the new »Atma« T-shirt, hoodie and pre-order the CD, cassette and the 2xLP in five variants.”

Epic, crushing, and heavy beyond words, YOB has achieved legendary status due to their unmatched aesthetic and incredible body of work. Formed in 1996 in Eugene, Oregon under the leadership of doom metal mastermind Mike Scheidt on guitars and vocals, the group initially released a three song demo tape in 2000. From 2002-2005 the band released an album a year; »Elaborations Of Carbon«, »Catharsis«, »The Illusion Of Motion«, and »The Unreal Never Lived«. Despite all the momentum, YOB disbanded in 2006.

In 2008 the band returned from hiatus and has remained strong ever since with Travis Foster on drums and Aaron Rieseberg on bass. Reinvigorated and reinspired, YOB released »The Great Cessation« in 2009. Doom with a psychedelic twist, a sound that Pitchfork referred to as “cosmic doom.” For 2011’s »Atma«, YOB took a more organic approach to recording, opting to track everything at once. Three year later, the group released »Clearing the Path to Ascend«, a record hailed by Rolling Stone as the #1 metal album of the year. 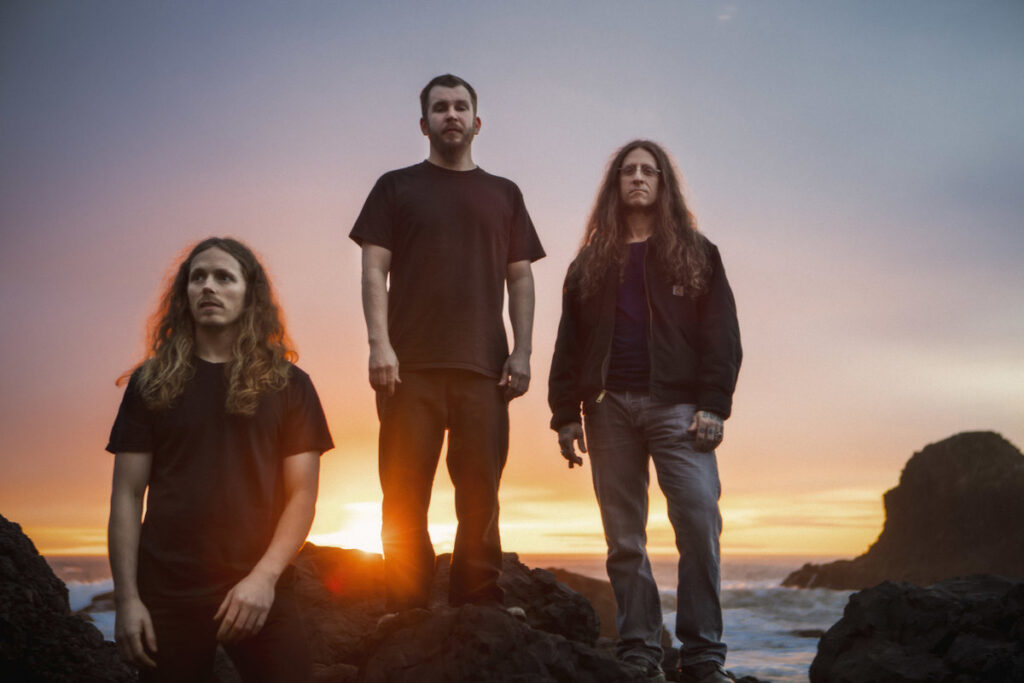 After a near death experience with acute diverticulitis, Scheidt emerged with new insights and a new sense of self, all of which was poured into the bands most recent release, 2018’s »Our Raw Heart«, a Yob album unlike any other. Our Raw Heart is a brilliant musical progression in the YOB continuum. Across seven riveting compositions of enormous volume and pensive, transcendental beauty, YOB bleed out their own organic universe of ultimate doom.