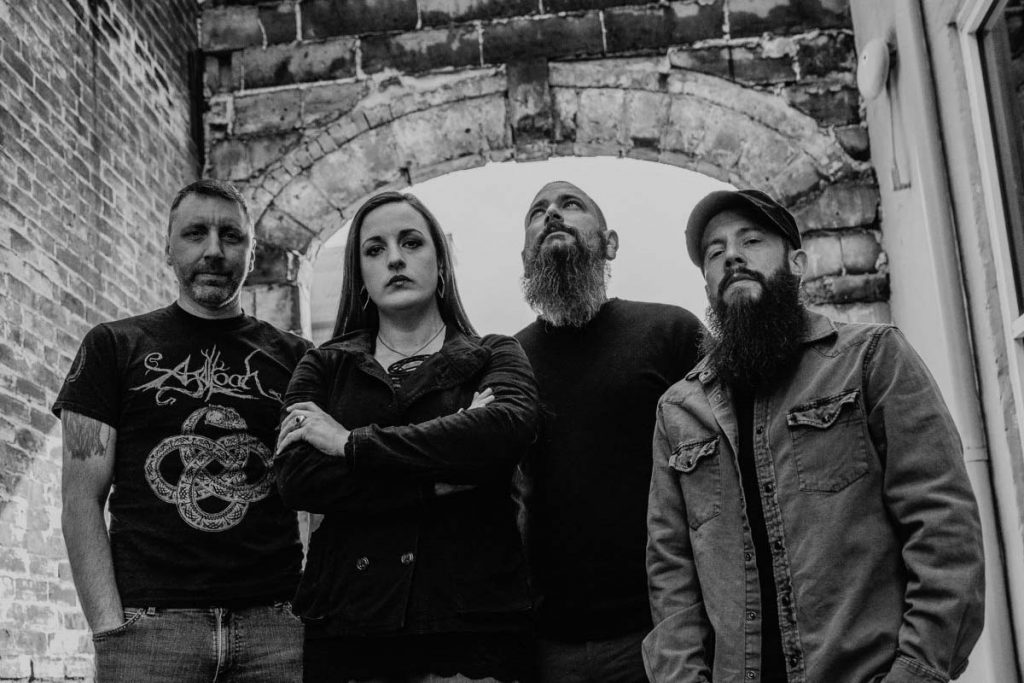 In cased you missed it, here is a music video for »A Grave For The Axe« by American female-fronted doom/sludge metal band Embr.

»A Grave For The Axe« is taken from the band’s new »1021« EP, out on September 3rd, 2021 as a part of limited edition series to celebrate New Heavy Sounds 10 year anniversary.

Says the band: “The video for »A Grave For The Axe« from Embr’s new release »1021« opens with some insight into the studio experience. After about a minute of studio highlights the crushing intro of the song kicks off and pulls you in.”

Birmingham, Alabama 4 piece Embr are set to release a 3 song EP called »1021«. The EP title alludes to the fact that, this release is the second in the New Heavy Sounds 10th Anniversary CD EP series.

»1021« follows on the heels of their critically acclaimed full-length »1823«. It also falls in line with the 2-year anniversary of the drummer Erik’s kidney transplant.

Embr deliver 3 brand new songs, each of which push the template set up by the album. These compositions chronicle love, devastation, disappointment, forgiveness and anger, and once again, musically Embr are on top form.

»1021« shows the band continuing to develop and grow, the crushing heaviness and haunting vocals that marked their album are there and they have added a faster pace and tougher execution to their sound add to that some memorable hooks that will sink in your jaw and you have an enticing journey ahead of you.

The EP was recorded and mixed by Matt Washburn at Ledbelly Sound in Dawsonville, GA. and mastered at Soulfire Sounds in Birmingham, Alabama.

Alongside this the band have created a video for each song, filmed during the studio sessions and these will form part of the release with the EP.

As with all the NHS 10th Anniversary series, the CD is a very limited edition of 150 only, and is housed in a bespoke die cut, New Heavy Sounds house style CD digipack.

Once they’re gone, they’re gone. The tracks are also available digitally on all platforms.

“A Grave for the Axe” and it’s a crushing opening that kickstarts the song, before the tempo is slowed, a haunting whisper delivered, the melody is spellbinding” – The Razor’s Edge

“A Grave for the Axe – It’s a progressive vision of sludge and more extreme metals that doesn’t really have an efficient genre tag.” – The Obelisk

“Through the ebb and flow of the track, the slower, dreamier mids are interwoven with visceral growls, rumbling bass, and a pounding that gets the blood pumping. Add to that the chugging guitar, it completes the piece perfectly.” – The Sleeping Shaman