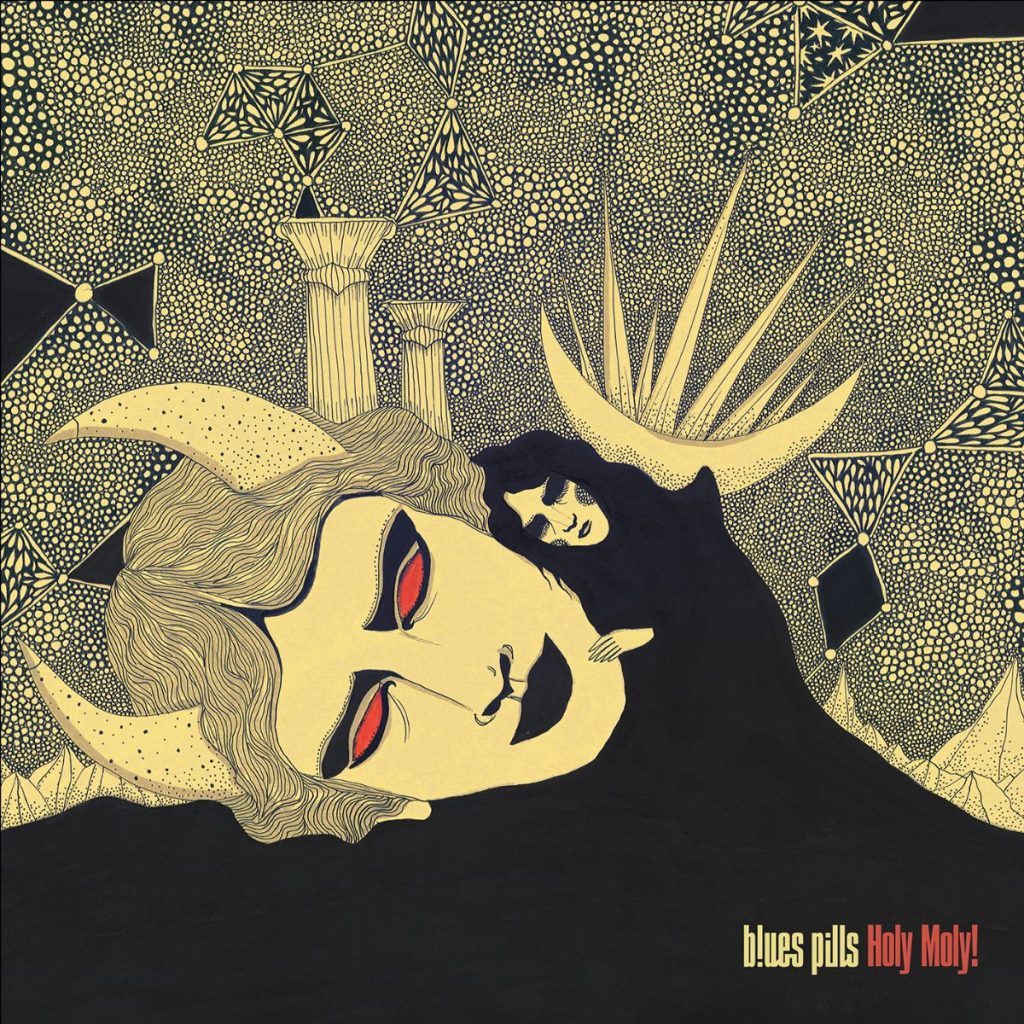 »Holy Moly!« was written, produced and recorded in Blues Pills’ own analogue studio which they built in the beautiful countryside of Närke, Sweden. In the old factory building, where the studio is located Zack, Elin and André spent almost a year recording and writing songs.

“This album is something we’ll be proud of even after death. These songs are from a very dark period of our lives. So much loss, anger and anxiety. Sadness and change. A separation into reincarnation. We stand behind every note and every word. This album was created in darkness and it guided us into the light again. One can only hope it will give you comfort too.”

Blues Pills founders and main songwriters Elin and Zack spent most of their awake time arranging and changing the songs. Together with the drummer André they built up an album in nuances of light and dark. The album is recorded by Blues Pills guitarist Zack, although with some helping hands along the way from The Hives members Nicolaus Arson and Johan Gustafsson, as well as Martin Jacobsson from Rovljud Sound. »Holy Moly!« is self-produced by Blues Pills and mixed by the Grammy award winning Andrew Scheps (Red Hot Chili Peppers, Iggy Pop, Black Sabbath, Rival Sons).

About the new album Andrew Scheps says: “»Holy Moly!« can be a deceptive album. On first listen it seems like a great blues/rock album with classic songs and great vocals. On repeated listens though you start to appreciate the layers and nuance. Not often do you get a record that makes a great first impression but is still a grower!”