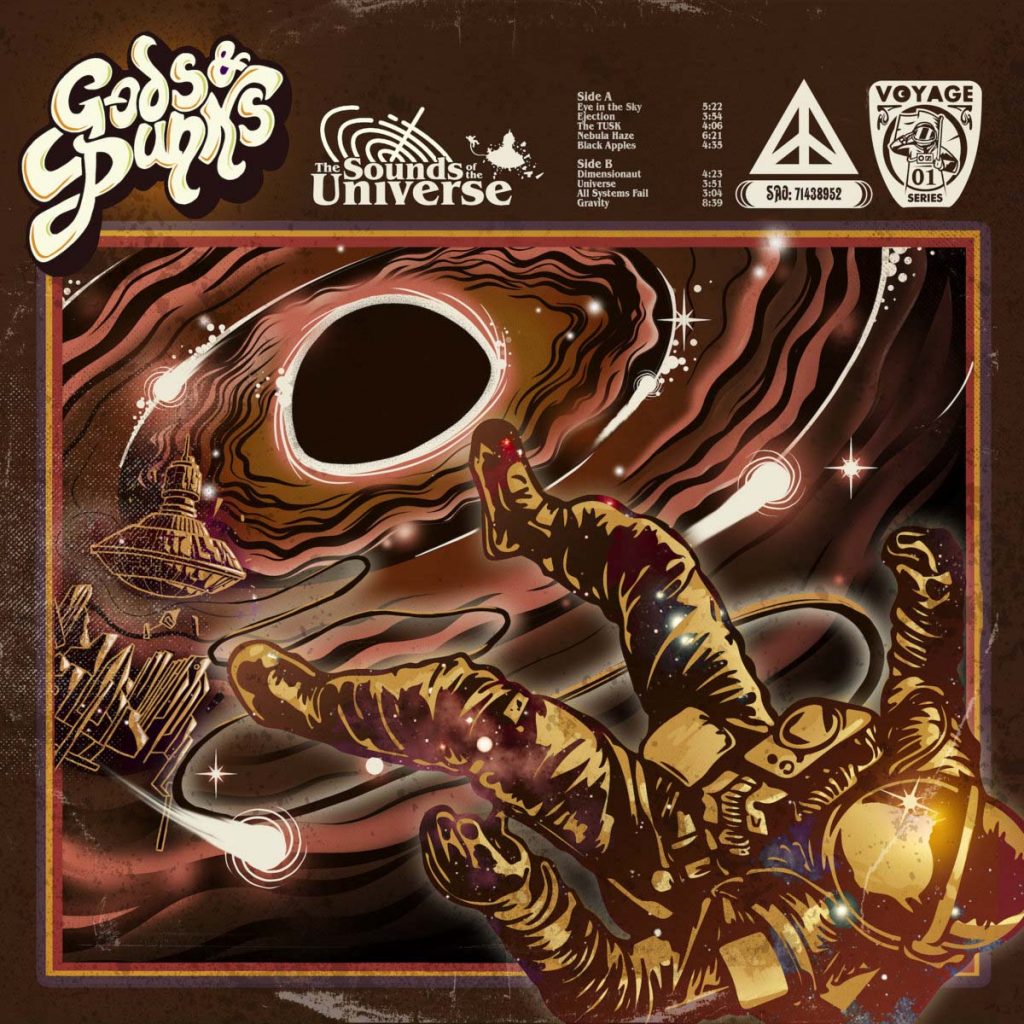 The band comments: “Our fourth album, »The Sounds Of The Universe«, is now available on all streaming services and Bandcamp so be sure to check it out today. The record features 4 brand new tracks composed and recorded over 2020 + 5 reimagined and reworked versions of the tracks from our debut EP, featuring new arrangements, sections, mixes and overall feel.
This is the missing piece to the Voyage Series. Now follow the Story Arch Order featured on each album cover, rearrange the tracklist and embark on the journey with the Dimensionaut.”

All songs by Gods & Punks.
Mixed and mastered by Kleber Mariano and André Leal at Estúdio Jukebox.
Recorded live at Estúdio MATA.
Artwork by Bruno Kros.

“Back when we released our first full-length studio album, »Into The Dunes Of Doom«, we decided to embark in a multi-album progressive narrative we called the Voyage Series. We knew there was a chance we’d never finish it but, that was the goal.

The story was pretty much written since day one, and it suffered very little alteration since then, going through the next chapters, the dark, depressive and dense »Enter The Ceremony Of Damnation«, and the deep proggy trip of »And The Celestial Ascension«.

Now we’re finally releasing the last piece (and first chapter) of the voyage. »The Sounds Of The Universe« was composed to be our »Dopes To Infinity«. This is us turning up the spaciness to lysergic levels like never before, introducing better and reimagined versions of a few songs some of your might have head before back in »The Sounds Of The Earth«, plus new tracks that came to be right after The Ascension Tour.

Look to the Story Arch Order in every Voyage Series chapter cover art to rearrange the songs and follow the journey.

This ties it all together.” 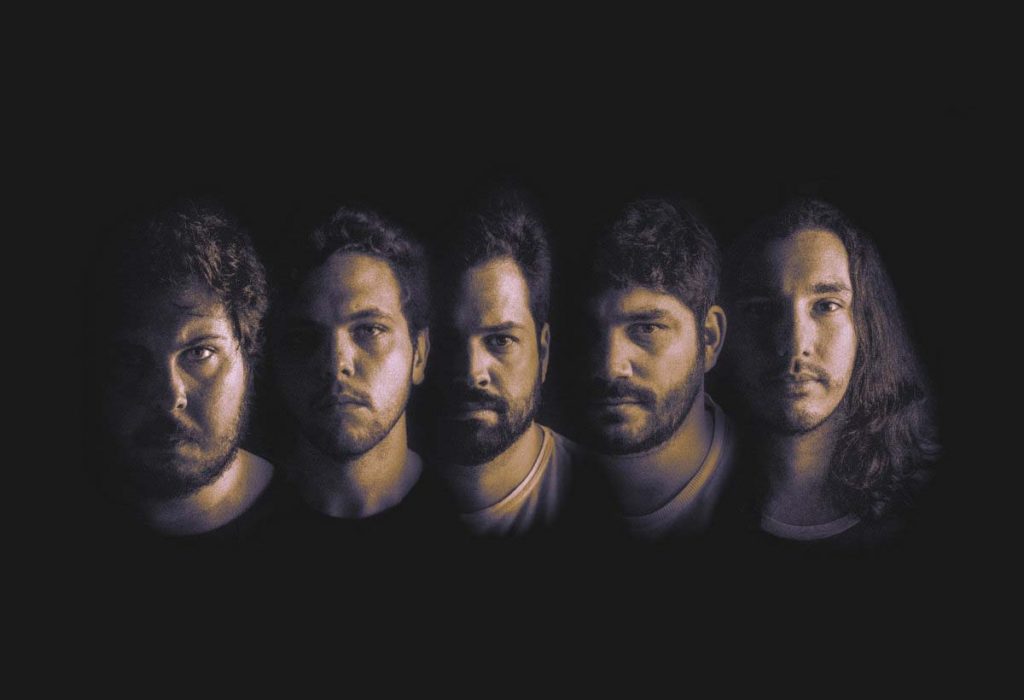