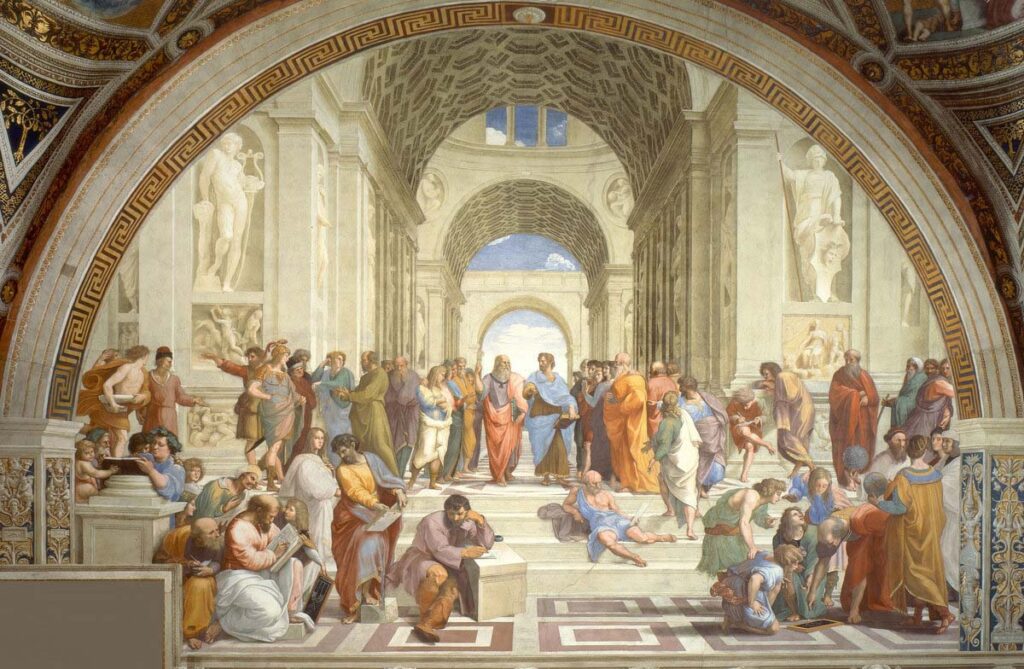 »The Republic« is available now as CD with 6 panel fold out wallet, Cassette in fold out full color double-sided J-card and Digital.

Heavy instrumental songs based on the philosophy of Plato.

“Impressively, there isn’t a chink of weakness anywhere to be found, with clever little melodic motifs hidden in plain sight to ensure that you are rewarded for staying the course through some of the overtly challenging sections. The result is an album that impresses right from its opening movements and simply never lets that standard slip from there.” – Sea of Tranquility

“There are two singles available at the time of writing, The Virtues and The Cave. Both of these tracks exhibit A+ musicianship, which is extremely important in all music but even more so in the instrumental genre. The guitars capture that post-metal feel with accuracy, while the rest of the band creates the perfect backdrop for the guitars to shine.” – The Sleeping Shaman 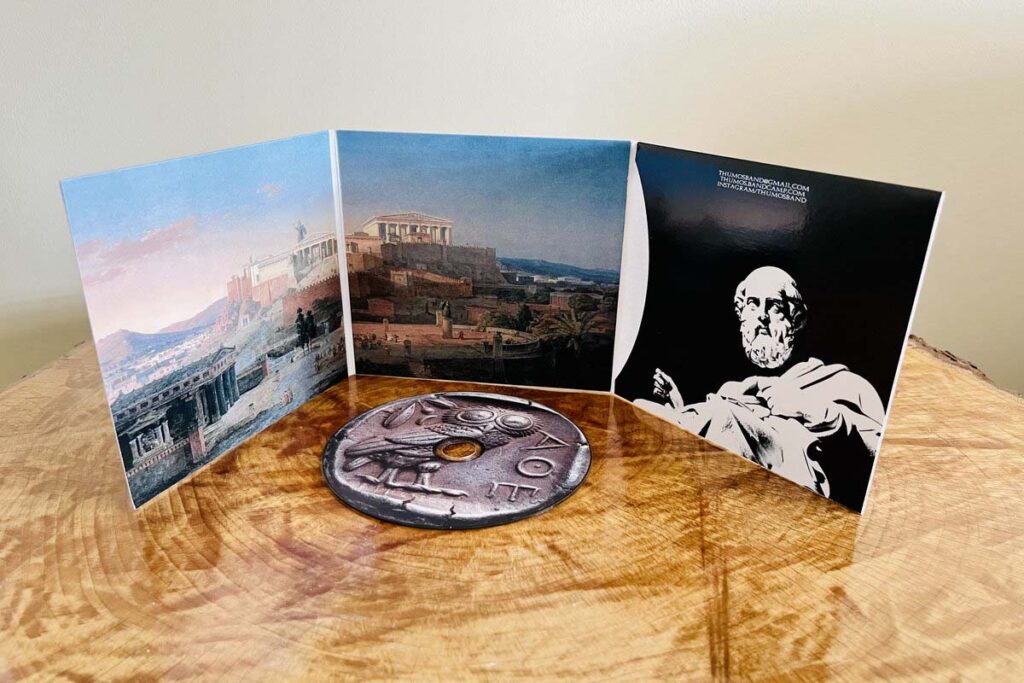 “A fascinating concept, a capable band and music that really challenges perceptions, The Republic is one hell of an album. One that doesn’t need prior knowledge of Plato’s work to appreciate, you just have to be willing to invest the time in this record. What a debut release this is. Thumos have delivered one of 2022’s best albums already.” – Games, Brains, and a Head-Banging Life

“This is a fascinating project, and this mesmerizing song (The Virtues) is further proof of that.” – No Clean Singing

“”Simultaneously, what brings the album alive is the excellent transfixing (alternating) between the diverse composition of guitar and drum work – that play together in a tight unit, not overpower each other, giving the whole album this awe-inspiring epic and theatrical atmosphere” – topped with ten equally solid, strongly composed, picturesque songs, top-notch production in sound (crisp and solid), with overwhelming and awe-inspiring/beautiful craftsmanship, musicianship and showmanship, and a release that’s genuinely powerful, transfixing & entertaining (surprising) from the moment of play and draws the listener deep within the music – as one further goes through the pages. Not to be missed” – Metal 1 on 1 (UK)

“I don’t think there are any vocals…. It really didn’t tickle my fancy at all.” – Dave “That Metal Guy” Campbell