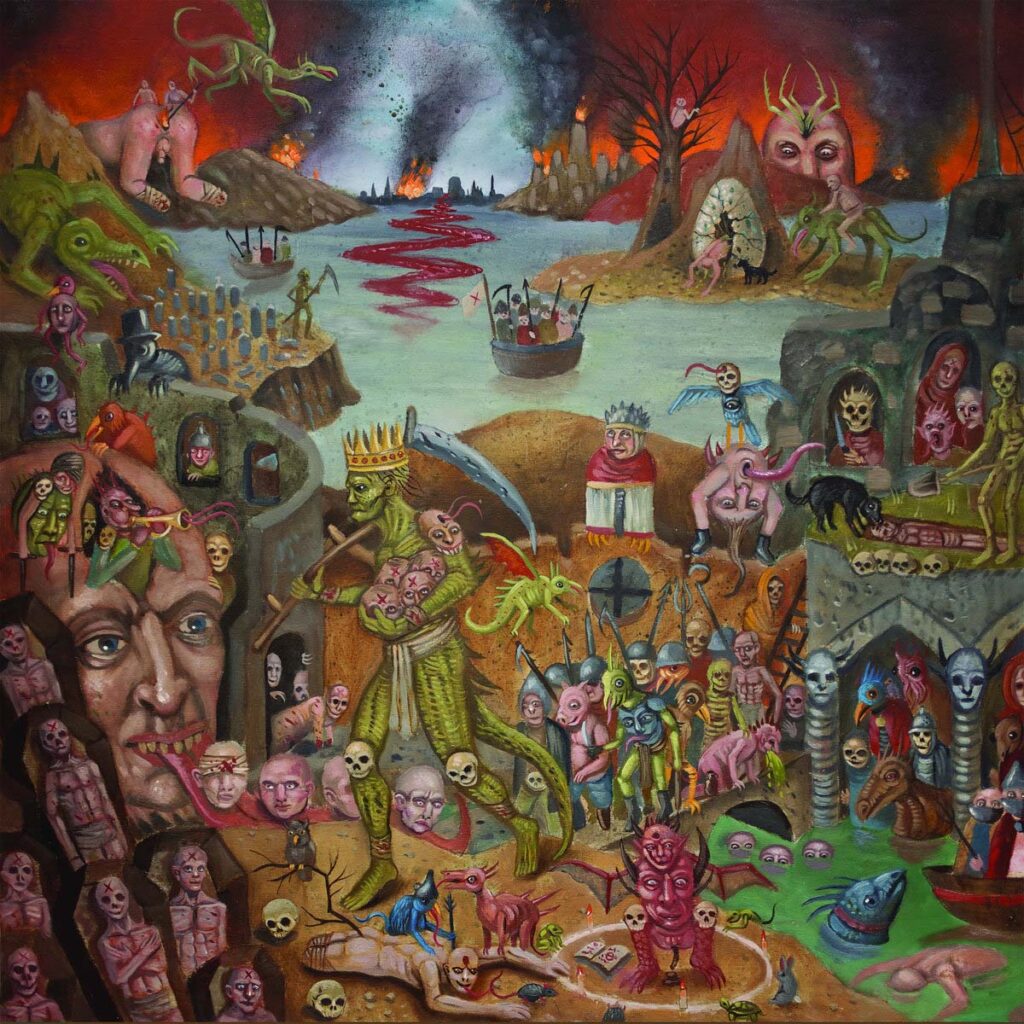 »Miasma« is the fourth album from Mexico City based duo, Terror Cósmico. The record takes a different turn in production from past albums, having a more aggressive tone, having drums and guitar recorded separately in the studio, being able to create an intense and surrounding sound.

»Miasma« is made up of 8 tracks which deliver a great range of emotions, going through desperation, anguish and desolation mixed with an air of nostalgic mystery.

Recorded in January of 2021 in Testa Studio in Leon, Guanajuato, Mexico. The sessions held a vibe of doubt and fear to what the pandemic could bring. The album is charged with all the emotions of a very strange moment in our timeline. The artwork was a commissioned task by Portland artist Jason Barnett. 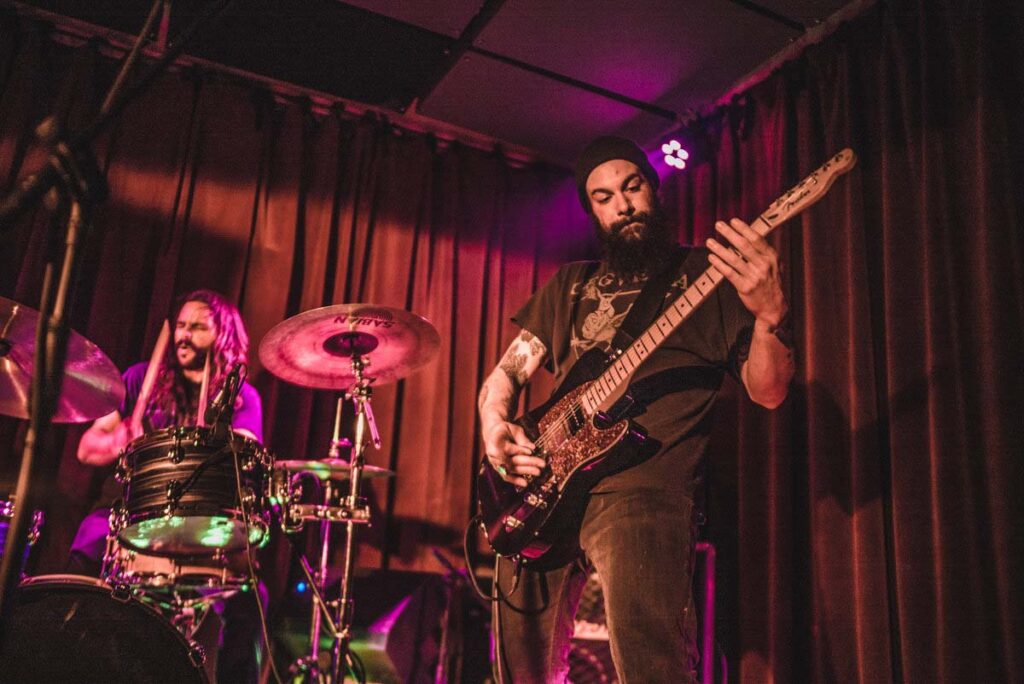 An instrumental duo born in 2012 in Mexico City, Terror Cósmico is made up of guitar and drums. Even with only two instruments, the dynamics of their music lead you from mystic and harmonic passages to dark and violent cuts.

Since their first EP, named »EP1«, released in 2012 independently, the band has gone through a wide exploration of sounds and ways of writing music. In 2013 the band released »Muerte y Transfiguración«, first full-length recorded at the band’s home studio at the time, and released in CD by Mexican label Concreto Records. Then, in 2015 the sophomore album »Devorador de Sueños« was recorded at V34 Studio in Mexico City, and released as well by Concreto Records. The band’s third album »III«, came in 2018, this time recorded in the city of Leon, at Testa Studio and released in CD by Concreto records a edited in Vinyl as a coedition of 7 independent labels from Mexico and Spain (Concreto, Nooirax, Penelope, Tormentas, Exabruoto, Dark Anarchy and L.S.D.R.).

Since the beginning until now, the band has been able to do several tours around Mexico, some shows in Argentina and USA, and two European tours.

Now, for the fourth album »Miasma«, Terror Cosmico is joining forces with Bristol’s Stolen Body Records. A double LP, containing 8 tracks with a huge range of emotions with labyrinthic structures and a very detailed production. Recorded in Testa Studio through the pandemic era. CD released in Mexico by Concreto Records.