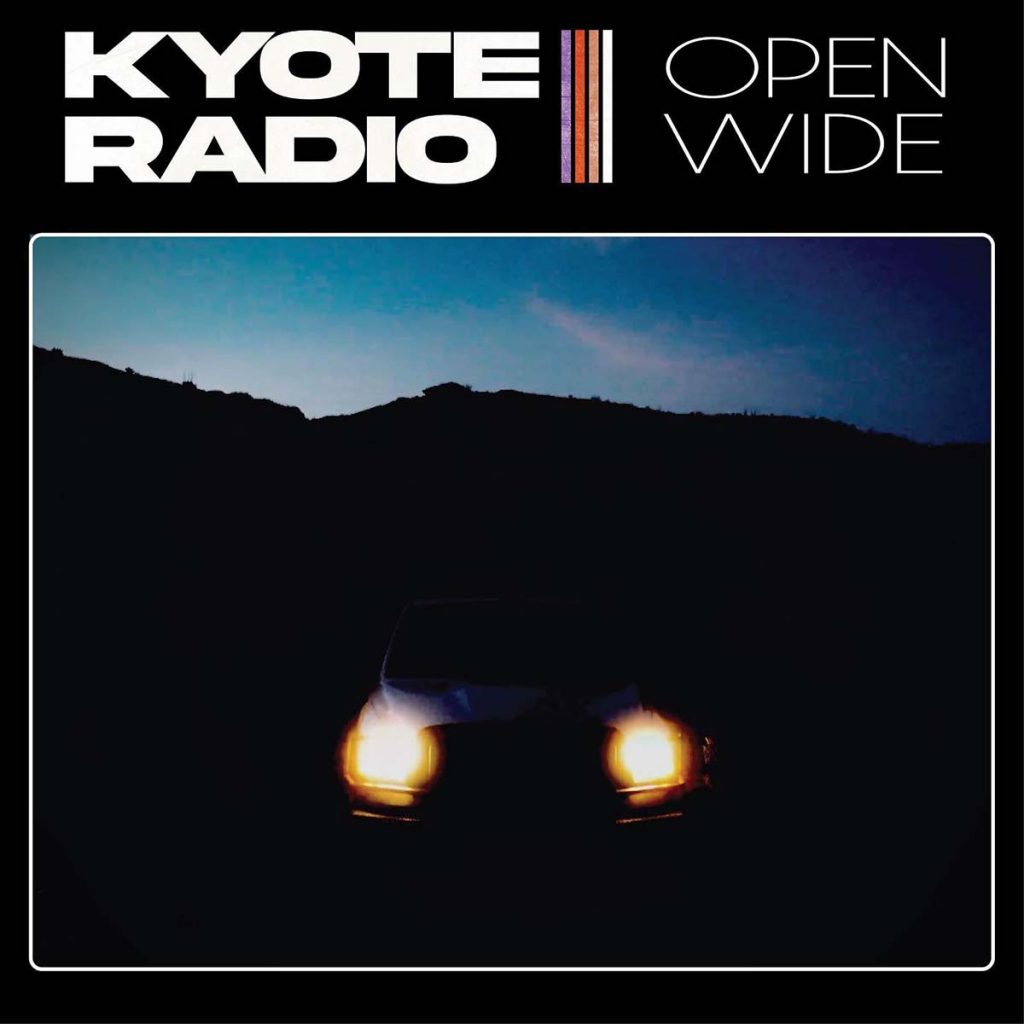 Austin, Texas based indie-garage rockers Kyote Radio are releasing the latest single from their »Real Crime« LP on Friday, April 30th. The new song, entitled »Open Wide« will be accompanied by a music video filmed by longtime collaborator Victor Kulagin in the deserts of West Texas – where the band’s roots are still firmly entrenched. The new track, along with the rest of the upcoming »Real Crime« LP was recorded and produced by Frenchie Smith at The Bubble Studios in Austin in late 2019 and early 2020. »Open Wide«, which may be the heaviest release from Kyote Radio to date, unleashes a double electric guitar barrage and thundering rhythm section that belie the band’s indie rock past in favor of steely eyed classic guitar rock with a keen ear for fuzz tones and thick, heavy riffs. This may be the heaviest version of Kyote Radio yet, but vocals from frontman Micah Paredes immediately recall the band’s other works, and serve no small part in helping the track kick down the door and assert its place among the band’s previous output. The accompanying music video for »Open Wide« is a psy chedelic vignette of life, crime, and god knows what else in far out West Texas. Strap into your seats, comb the cactus out of yer mullet, and keep your hands and feet inside the ride at all times. Godspeed. 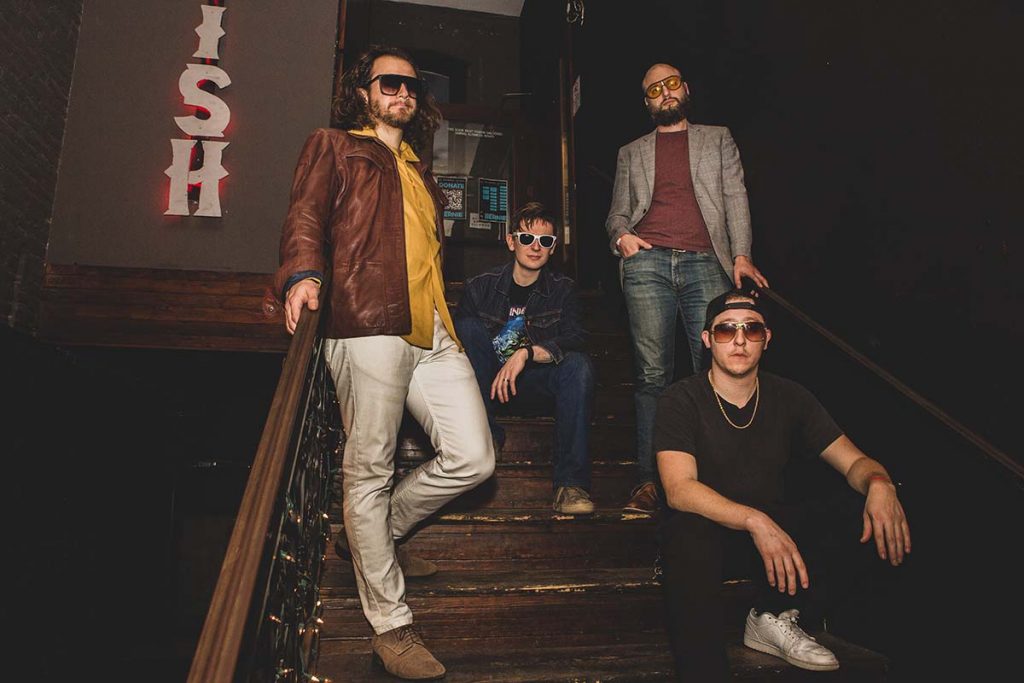 Born wild in the deserts of West Texas, Kyote Radio is a four-piece American rock band who drive home their energetic songs with heavy riffs and lean, mean rock and roll chops that stretch out for miles. The band is anchored by drummer Bryan Johnson and bassist Nick Smith, who lay a rock solid foundation for psychedelic textures created by singer-songwriter Micah Paredes and fellow guitarist Jeff Arata. With influences that range from classic rock icons like Black Sabbath to indie rock titans like Modest Mouse, and a strong focus on songwriting and musical craftsmanship, Kyote Radio has developed a brand of homegrown, American rock and roll that is distintcly their own.

Kyote Radio is currently preparing the release of their first full-length album »Real Crime«, recorded with Austin based producer Chris “Frenchie” Smith in 2020.