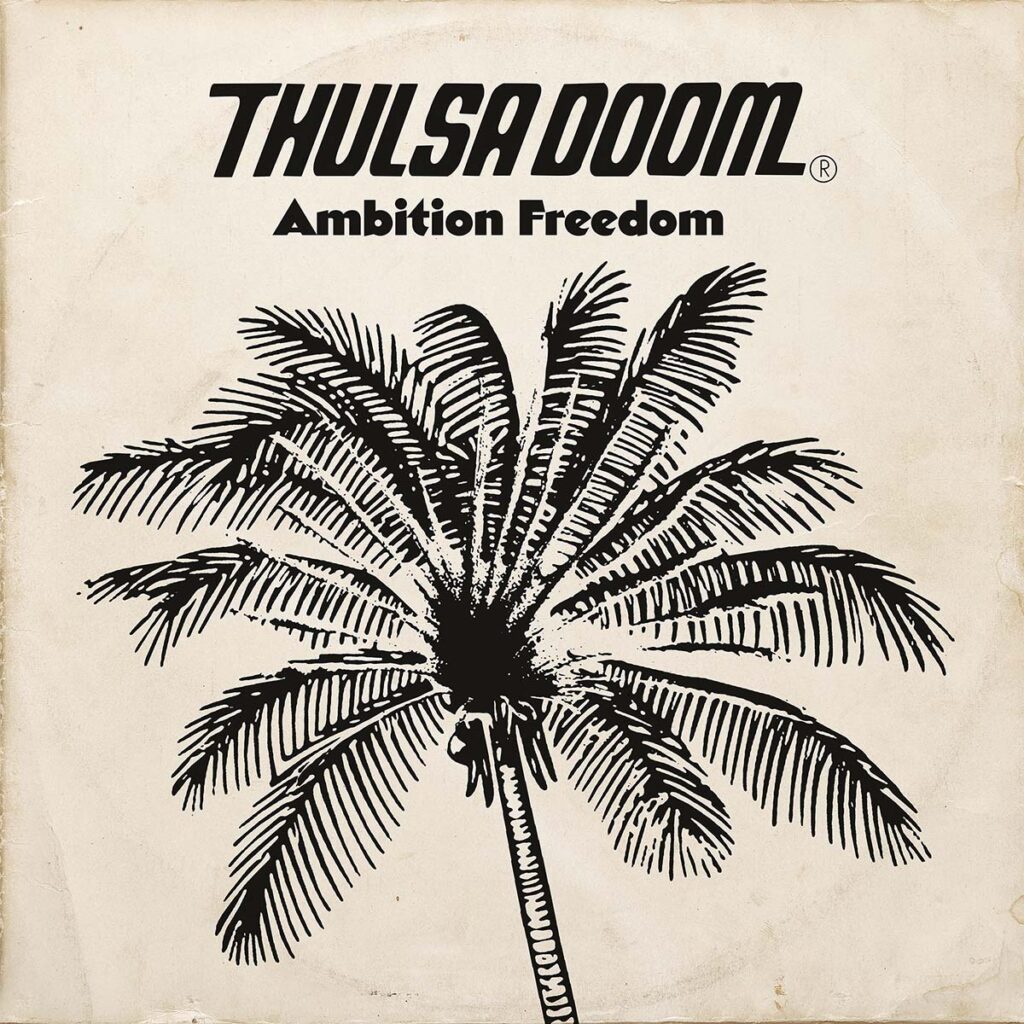 »Ambition Freedom« is the band’s second studio album since reformation in recent years, following 2018’s »A Keen Eye For The Obvious«.

»Endless, Unless« was the first single from the new album…

Fast Winston Doom: “Hopefully not only old dudes but also some young ones will get a sting of appreciation that enjoying boogie is endlessly fun when not interrupted at the four minute mark.”

Angelov Doom: “We like to keep it short and sweet, but it’s hard.”

Doom Perignon: “10 minutes of mystical shit with a twist.”

Papa Doom: “It feels like Lynyrd Skynyrd playing Ballad of a Thin Man at Pompeii. It feels like Status Quo playing The Lamb Lies Down on Broadway, off Broadway. It feels like travelling through Nürenberg in a perfectly good canoe.”

El Doom: “When thinking you have recorded a masterpiece, of course you visit the Cosmos Factory and start out with the Ramble Tamble.”

Doom Perignon: “I feel like I’m in Sonny Crocketts 72 Ferrari Daytona Spyder. We’ve made the ultimate drive-extremely-fast-track (within the law of course).”

Angelov Doom: “Welcome aboard our new single. We hope to land it in approximately three days. Please remember to follow us into the air and down again.”

Fast Winston Doom: “Continuing this namedropping bonanza, let me tell you that the sole inspiration for my effort on »Man With Ambition« is Tone Loc and his 1988 single »Wild Thing«. Ever since I watched the video on MTV all those years ago, the signature drum fill of that song has stayed with me. And throughout my drumming carreer, I’ve been waiting for the chance to reuse it. And now, finally, the moment is here!”

El Doom: “This may contain my best ever Thulsa Doom guitar solo, with a subtle hint to Chris Poland and »Wake Up Dead«. And Billy Bragg, the ONLY artist the 5 of us can ever agree on, is present in the delivery of this more than awesome chorus.”

Papa Doom: “Oh sweet inspiration! Don’t you just LOVE music? Music is the BEST! And it would not have been possible without Guided By Voices, Daryl Hall & John Oates, The Knack, The Replacements or Phil Lynott. Do you love lyrics as well? Just ask me what the lyrics are about! Go on! It’s ok to ask me!”

Their roots are firmly planted in heavy rock, melodic aggression and despair. They have conquered the stoner rock kids and breathed fiery life into the classic rock snobs. Now Thulsa Doom’s branches are growing with twigs of Kiss and Crimson; strong wooden arms hold Skynyrd, Ween and Bob Dylan, and progressive leaves of soulful, poignant, intricate gems cover the ground. And there are nuts, lots of nuts.

…and with the release of their 2021 album »Ambition Freedom« the tree itself will stretch right in through your bedroom window and grab you. Just like the one in Poltergeist. Thulsa Doom’s debut album »The Seats Are Soft But The Helmet Is Way Too Tight« (2001) made a big splash in the stoner rock community with excellent reviews all around, including a 5 out of 5 at Allmusic.com.

The band’s sophomore »…And Then Take You To A Place Where Jars Are Kept« (2003) earned them two Norwegian Grammy nominations, and is widely recognized as one of the best rock-releases from Norway ever. »A Keen Eye For The Obvious« was released in 2018 and was instantly recognized as the greatest comeback since Batman.

The band that once was a cherished but well-kept secret has now become a national treasure because of the timeless qualities of their albums and unforgettable live shows. Relentlessly rehearsing and playing shows all over Norway and for dubious but welcoming crowds in central Europe has once again inspired Thulsa Doom to make new music.