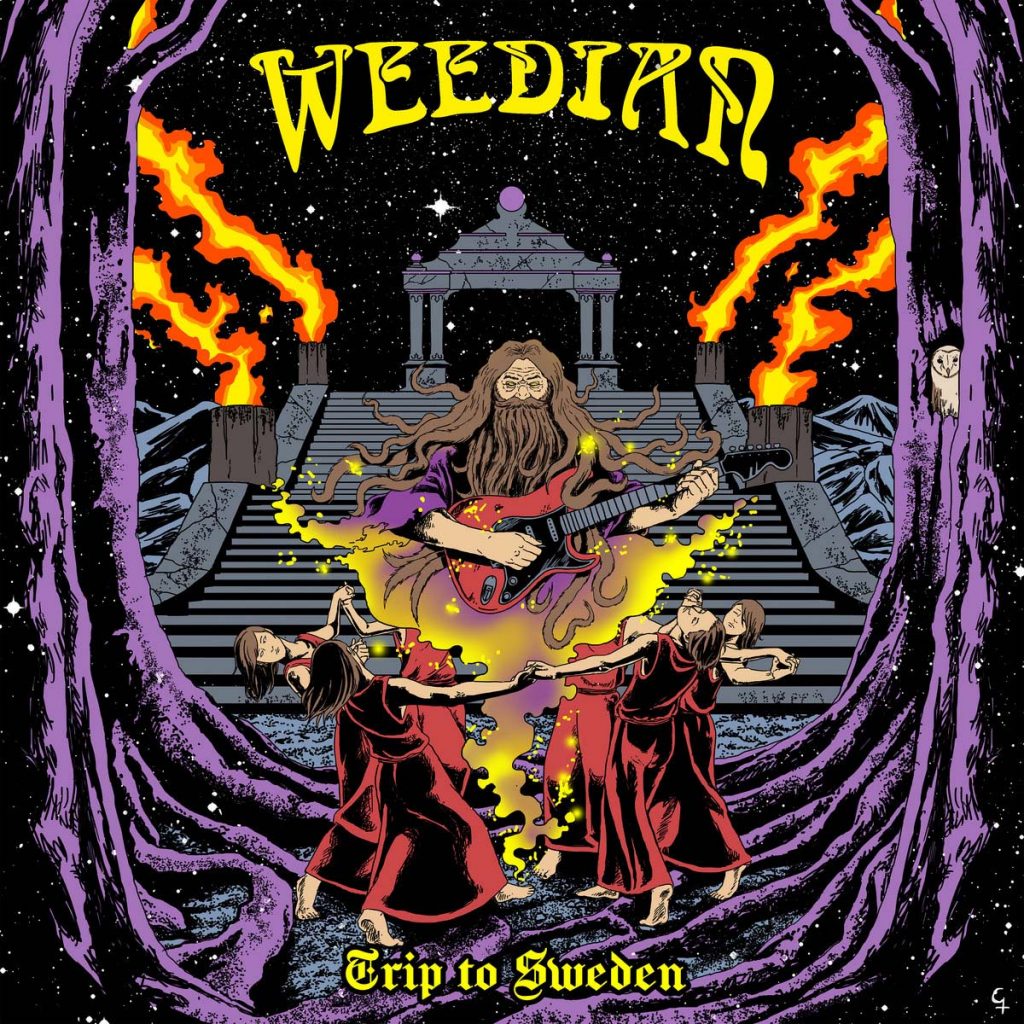 “Sweden has always been a stronghold for heavy music. From early pioneers and legends like Heavy Load and Candlemass via innovators and inventors like Bathory and Entombed and worldwide phenomena like the “Gothenburg sound”, the influence of Swedish rock and metal is undeniable and far-reaching.

When it comes to the heavier and slower side of metal, Sweden has established itself as a world leader, unlikely as it may be. Sweden is a veritable breedingground for all kinds of heavy, psychedelic and progressive music that continues to set benchmarks for bands from all over the world to aspire to.

It’s not the easiest thing to point out when a certain scene or movement started. But in Sweden it was genre defining bands such as Lowrider, Demon Cleaner and Firestone that paved the way. From there it has evolved to the beloved monster that it is today with international stars like Truckfighters, Greenleaf and Monolord leading the pack. And behind the behemoths of the genre there is a plethora of amazing bands worthy of your time and attention, all sprung from the nutrient, green soil of the north.

As most people are aware of, there is no actual desert in Sweden. But the so-called desertscene is as strong as anywhere in the world, if not stronger. But how does a country like Sweden, small, cold and mostly insignificant in the wider scheme of things, become this Mecca of downtuned riffadelia? No one really knows, but one theory is that the darkness and isolation that envelops the northern parts of Europe for a large part of the year has something to do with it. There’s really not much else to do than to riff out and play music, and that music tends to be on the heavier side more often than not. And as connoiseurs of heavy rock and metal know, if you see “Sweden” put down as “country of origin” in a bandbio, there is a pretty big chance you’ll get your mind blown, even if it’s just some dudes/dudettes in a garage releasing their first demo. And you know you want to get down to it. And that’s what this compilation is all about, highlighting the swedish scene and its bands, regardless of how big or small they may be. So here you go, 53 songs from the nordic desert, that doesn’t exist.” – Alex Risberg