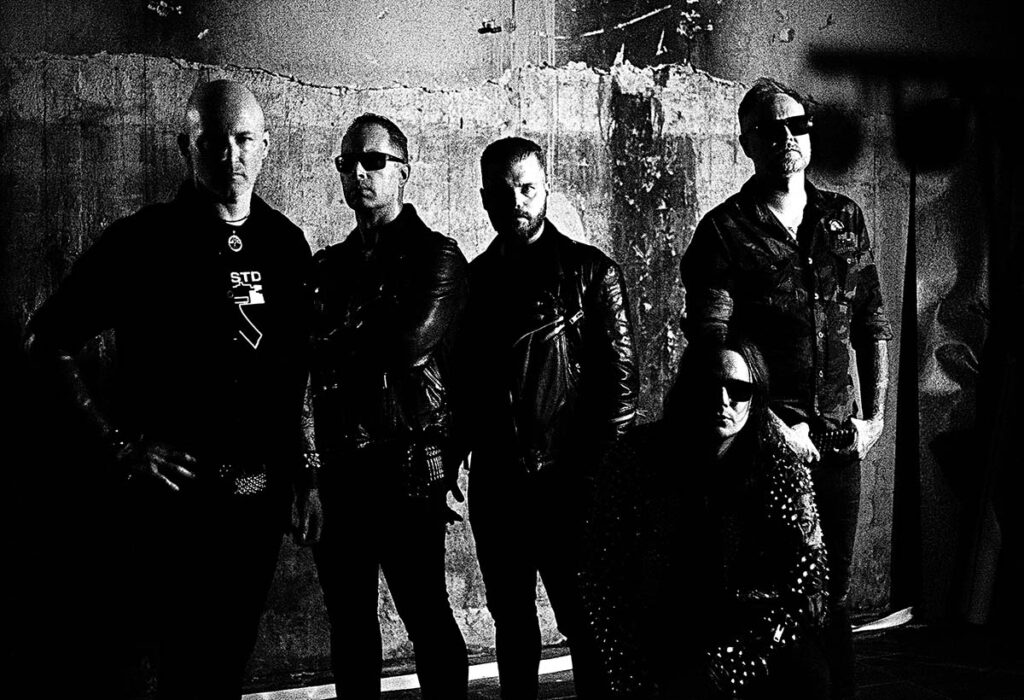 Wolfbrigade have been storming the scene internationally in one form or another since 1995. Then formed as Wolfpack, the outfit unleashed three LP’s and as many EPs of their potent crust-inspired punk in less than five years, instantly making a massively influential impact worldwide and helping fuel an entire new wave of “d-beat” bands and scenes internationally. With some personnel changes at the turn of the century the band kicked off the new millennium under the revamped moniker Wolfbrigade. Since then the band’s already powerful attack became even more sinister and morose, yet more aggressive and pummeling. Following seven LP’s and several splits and mini-releases under the Wolfbrigade banner since 2001, the outfit have remained at the top of their game and continue to release invigorating and demoralizing socially-aimed antagonism on a regular basis.

Wolfbrigade’s »Run With The Hunted« (2017) surges with ten brutalizing new tracks which elevate both the harsh intensity and the melodic attributes of the band’s patented, penetrating, d-beat-ridden hardcore crust punk to new extremes of infectious viciousness. A concentrated sense of urgency lines the entire record, while a fragmented sense of dystopia fuels the scathing vocal wrath. »Run With The Hunted« was recorded by Fredrik Nordström and Henrik Udd at Studio Fredman in Gothenburg (At The Gates, In Flames, Martyrdöd), and by Tomas Skogsberg at Sunlight Studio (Dismember, Entombed, Grave) in Stockholm.

Declares Wolfbrigade, “We looked to explore our rawness, writing straight-up, in-your-face, primitive songs. On this record, we decided to push the melodic strains even further, but without losing either intensity or brutality. Lyrically we have been inspired by both classic and obscure dystopian literature, finding suitably horrible metaphors for the decline of western society. The search for freedom continues, but this time the path is pointed inwards, into ourselves.”

On their latest album »The Enemy: Reality« (2019), Wolfbrigade’s hybrid beast of Swedish hardcore and death metal known as Lycanthro Punk has become even more distinct. These ten tracks of destruction display both a love for ’80s metal hooks and intros, as well as primitive hardcore brutality. The lyrics on »The Enemy: Reality« dissect the state of human existence, the bizarre animal presence that we are. The naked apes. Exploring the dynamics that rule man. Power and submission. Manipulation. The injustices of inequality. This is an album seething with anger and frustration.

The band remarks, “Humans are a narcissistic breed, incapable of real change. This album is a way for us to deal with the fact that we are one of a large pack, submitting to the same societal norms as everyone else. No matter how much we would like it to be different. We are all on the same crazy trip. The lyrics on »The Enemy: Reality« dissect the state of human existence, the bizarre animal presence that we are. The naked apes. Exploring the dynamics that rule man. Power and submission. Manipulation.” — Earsplit PR