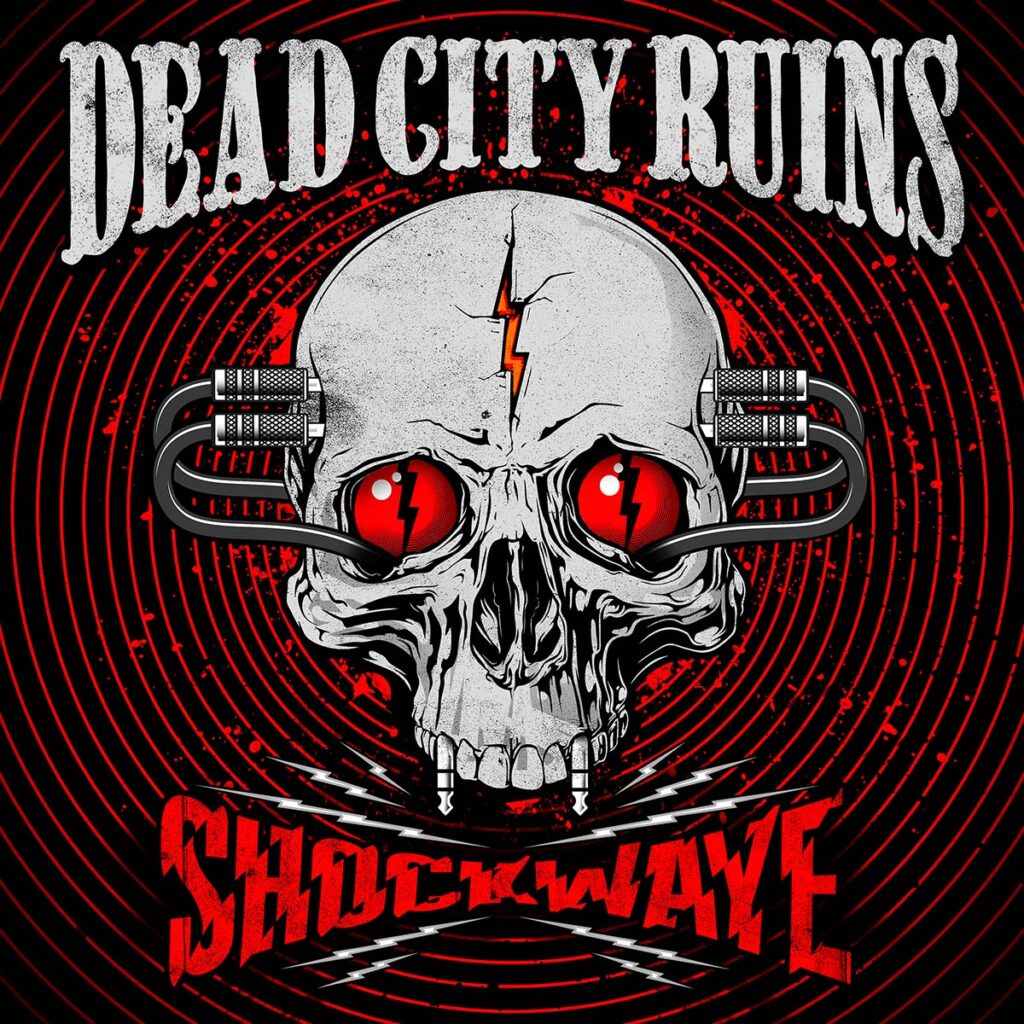 After previously-released album singles, »Preacher« and »Speed Machine«, the Australians shared recently a music video for the third single »The Sorcerer«. Singer Steve promises: “»The Sorcerer« will take you on an electric journey into a parallel dimension, where rock and roll wields cosmic powers beyond our comprehension!”

Five eager Australians are growing impatient: Where is the Rock? – Dead City Ruins send a »Shockwave« our way Dead City Ruins are staying hungry. In 2015, the Australians sold their belongings and went all-in when it comes to rock ’n’ roll. Tirelessly touring the planet, the fivesome has managed to capture the hearts of its audience gig by gig – much like Rival Sons, Monster Truck, and similar trailblazers of their generation have. They also share a list of influences with these acts, namely Deep Purple, Guns N’ Roses, Led Zeppelin. Their goal: bring rock ’n’ roll back to the people. What these guys make on the road, they re-invest into their rough living conditions as well as their upcoming album. Now, »Shockwave« is finally ready and marks the band’s fourth record. For that to happen, everything had to change! 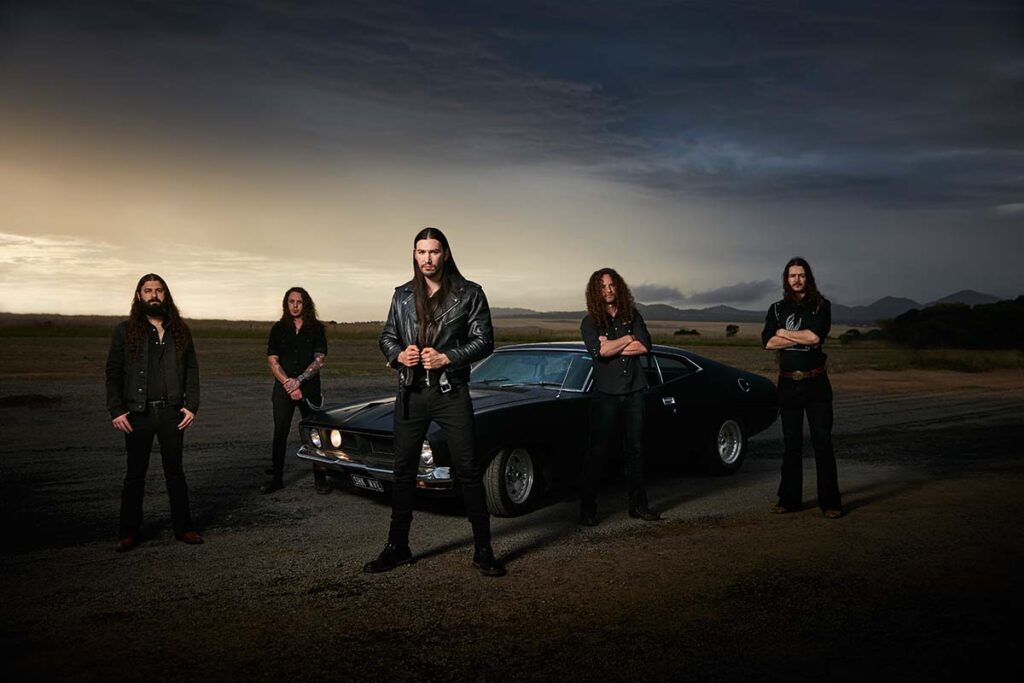 There’s Steve Welsh, for example, as the newly appointed microphone man. “Steve is out there giving our typical sound a fresh new edge, which is pretty exciting”, guitarist Sean Blanchard muses. Welsh himself elaborates: “These guys have given me the warmest welcome; I couldn’t have wished for better bandmates. They took me in and let me be part of something they had been building for such a long time, all the while giving me everything I need.”

“What began as a rough demo, quickly became one of our favourite tracks on the album. »Speed Machine« is written from the hearts of true Aussie rev-heads,” says Welsh. “You got the power, now it’s time to go FAST. Crank it up and spin the wheels, »Speed Machine« will put your pedal to the metal!!”

Before that, Welsh was mostly active on YouTube, where he dedicated himself to imitating a plethora of singers. There’s one clip of him singing the twelve songs from Alice In Chains’ »Dirt« in twelve different styles; ranging from James Hetfield (Metallica) to Ronnie James Dio. “I started doing these because I was just as interested in the music as I was in creating videos. On YouTube, I was able to realize my ideas while gaining notoriety.”

But there’s more revolution to this album: »Shockwave« saw US-producer Gene Freeman aka Machine take over the mixing desk after having worked with the likes of Lamb Of God, Clutch, and Crobot. “That was a lot of fun,” guitarist Blanchard reminisces. “We spent a full week doing pre-production. Once we had the demos down and knew where we wanted it to go, Machine picked everything apart and put it back together while keeping our ideas intact. There were a few intense moments, but when it comes to pushing the band and turning the songs into the best versions of themselves, no one does a better job.” And it shows. 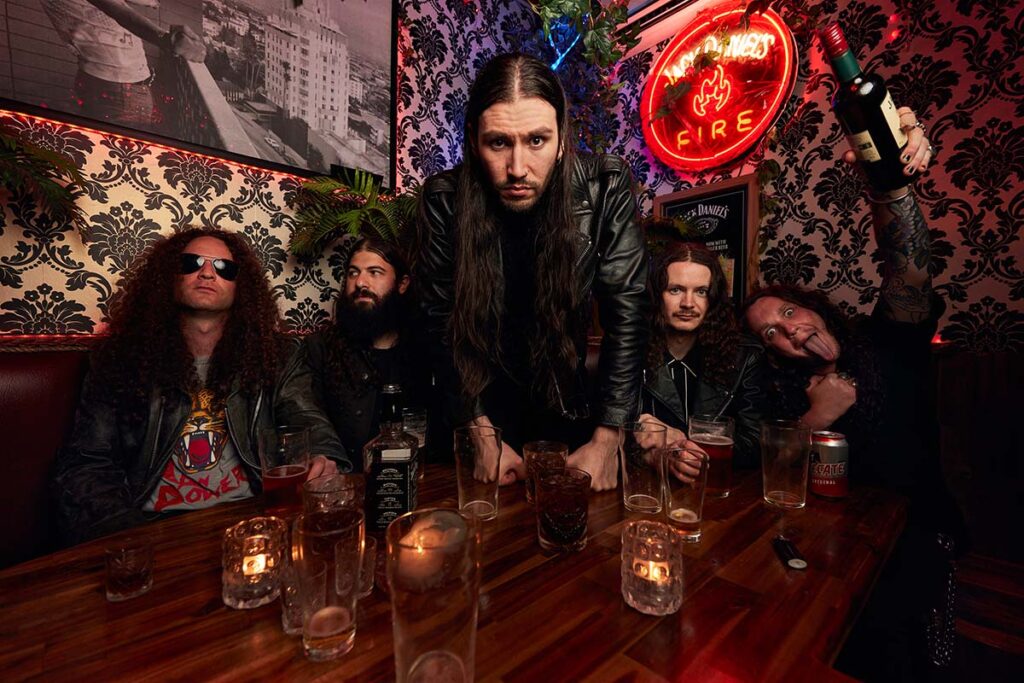 Whether it’s a rhythmic monster like »Preacher«, a straight-up rock-fest like »Speed Machine«, a potential festival-anthem like »Dog On A Leash«, or heavier stuff like »Vision«: »Shockwave« proves that Dead City Ruins don’t just have a penchant for songwriting, but also arrangements and the right energy. There’s no doubt that these Australians absolutely LIVE rock ’n’ roll and that »Shockwave« will open plenty of doors. At least that’s what Tommy Cain sees in the band’s future after the pandemic: “We want to tour as soon as we possibly can. When the world re-opens, we will be there to give the best rock ’n’ roll show that Europe has seen since the lockdown and you better believe it! The determination we have for our fans and music has never been so bold. The situation might have live music by the throat, but we will overcome it and live as we once rocked!”

“»Preacher« is the first song we wrote together after re-grouping from three months touring Australia and Europe,” the band comments. “New blood, new riffs and new power! Crack a beer and crank it up!”