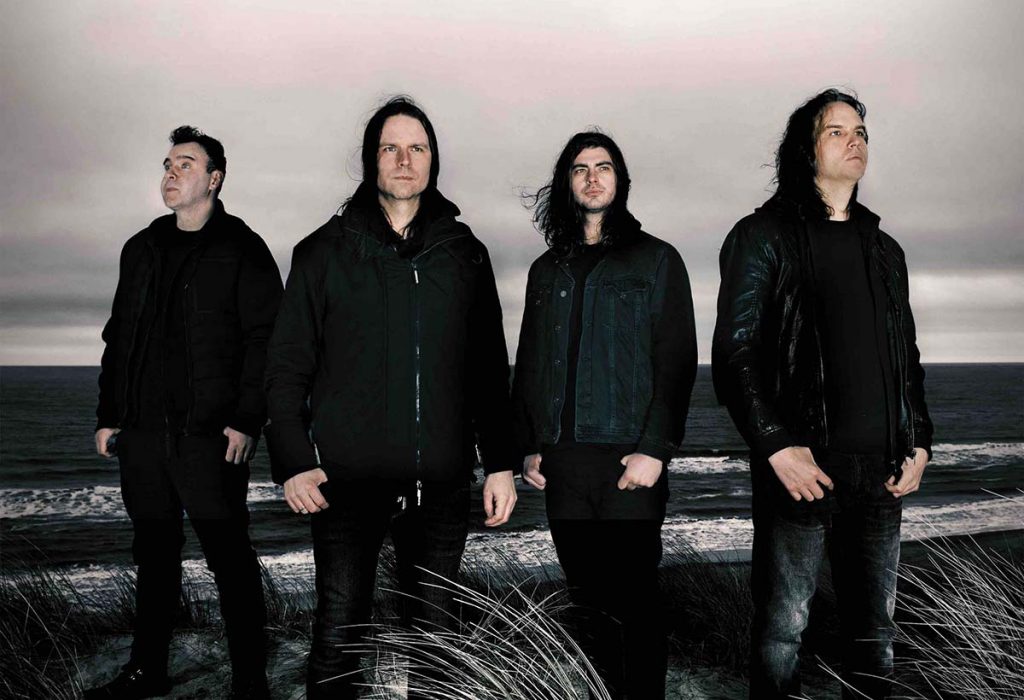 »Luminous Waves« is already their sixth video from their latest studio album, »Ghost Tapes #10«, which was released on February 12th, 2021 via Napalm Records.

God Is An Astronaut’s journey began in 2002 and made them explore new powerfully-atmospheric areas between post and progressive metal with every release. The music by the band from Ireland is highly influenced by real-life tragedies and true emotions. Every song comes with such stylish and rich musical textures that it becomes an adventure for the listener.

Reigning as one of the most well-known and highly critically acclaimed experimental instrumental groups out there with a respected musical legacy spanning nearly 20 years, Irish four-piece God Is An Astronaut reached a career benchmark with the release of their critical acclaimed 10th studio album, »Ghost Tapes #10«, in February 2021.

Today, God Is An Astronaut releases a magical music video for »Luminous Waves«, the album closer on »Ghost Tapes #10«. Musically and visually, the track portrays the beauty and calm of the ocean. A gentle melody is created by a binaural-like bass, a slow-paced acoustic guitar and an ambient electric guitar blur with the mellow sounds of featured cellist Jo Quail and atmospheric background tones, which draws its listeners down into dazing depths. »Luminous Waves« remains entirely without drums and adapts to its own natural rhythm, just as constantly pushing and pulling ocean waves, before it softly fades out into infinity.

Torsten Kinsella on »Luminous Waves«: “The song »Luminous Waves« was inspired by the meditative feeling of the waves coming in from the Ocean. Jo Quail added a beautiful and inspiring Cello and also created the atmospheric sounds.”

Jo Quail adds: “Writing and recording the cello lines for »Luminous Waves« was a privilege. The depth, richness and meditative nature of this track implied a clear narrative to me, that I hoped to convey a little within the parts I created, working in and around the many moments of sonic and textural beauty created by GIAA.”

»Ghost Tapes #10« is certainly the most ferocious God Is An Astronaut full-length to date – it still retains all the rich musical and emotive elements the band is known for by wheeling around luminance but offers harsh and deep reminiscences as well. Works of art like »Burial«, »In Flux« or »Barren Trees«, with additional guitars by Jimmy Scanlan, amongst others, are proof of these sonic illustrations. The album closer, atmospheric »Luminous Waves«, transports the listener into a trance-like mindset – captivating them with a meditative, deep connection to their inner self and as they drift away to stirring tunes of guest cello virtuoso Jo Quail.

The artwork was illustrated by David Rooney, who has worked with the band in the past, and plays into the sense of the foreboding and uncertain times we live in. »Ghost Tapes #10« is available as a four-page digipack as well as in multiple limited LP options.

Get your copy of »Ghost Tapes #10« here: smarturl.it/GhostTapes10