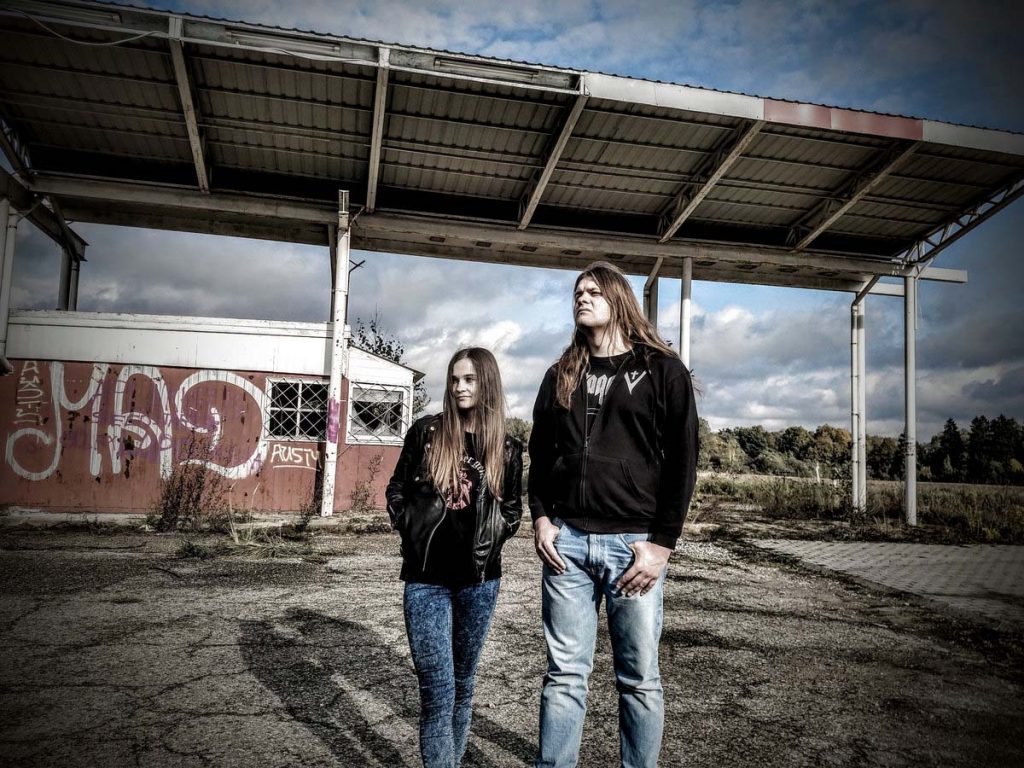 After almost two years of practice, Hellhookah started performing at live events in January of 2014. In 2016, Hellhookah released their debut album »Endless Serpents« and since then the band has played many shows at various gigs and festivals all over Europe. In April 2020, Hellhookah released their second album »The Curse« on CD and as a digital album. Vinyl version of »The Curse« was released in August 2020 together with US record label Olde Magick Records.

Hellhookah does not like to frame their music but the sound has major influences of old-school metal and classic rock music. Lyrical themes are based on life experiences and trials on planet Earth, while sometimes reaching heights of the skies.

Arnas has been so kind recently to take his time and answer a few questions for Doomed Nation.

How did you two first met?
Arnas: We’ve been together for more than 12 years now. As funny as it sounds, we started our relationship online on last.fm website where people scrobbles their music. Our shared taste in Thrash Metal have brought as together at that time.

Were you playing in any other bands before Hellhookah? How you formed the band?
Arnas: It’s one and the only band that we both have. Years ago, we’ve been involved with a few projects but they’re long gone. I’ve been doing some vocals on stoner/doom project Akmenė with my friends. We had some fun and created a few songs, and that’s all – nothing too serious.
Gintarė was playing at several teenager rock and metal bands with her keyboard, but nothing that would be worth mentioning.

I don’t know any other stoner/doom bands from your country. Can you tell me something more about the scene in Lithuania?
Arnas: There’s not much to offer, but there are a few bands who could more or less fall into stoner/doom category: Goat Metamorphosis, Black Citrus, ORB and Wifebeater.

How are people in Lithuania responding to your music?
Arnas: Well, we have a pretty decent fanbase here, considering how small the genre is. People come to our gigs and support is strong, so we are very happy about it.

What about your neighbourhood? Is it unusual for them that you play in doom metal band?
Arnas: Probably it’s the same as to be a part of any underground music movement. Some people like it, some people hate it, some don’t give a fuck. Actually, we don’t think about it. We’ve got comfortable at being the outcasts in our society long time ago. 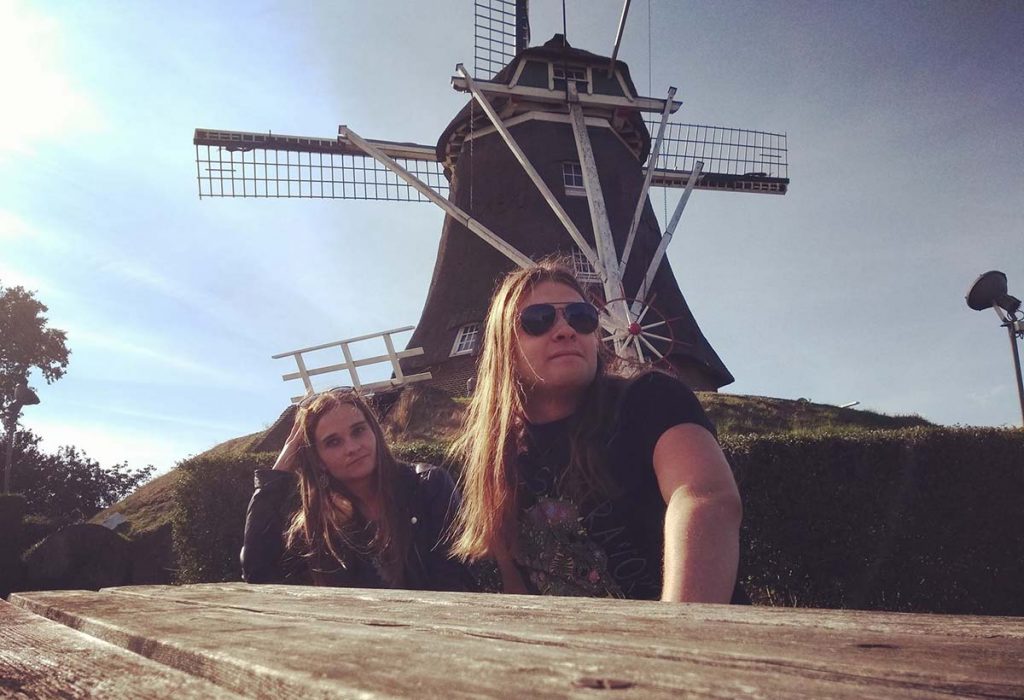 How did you get involved in music?
Arnas: Actually, it’s a funny story. I was practicing on my guitar and Gintarė was playing with her synthesizer. She heard the riff and switched on drum effects on the keyboard. We had been jamming like this for a while until we bought a drumset.

Your second full-lenght album »The Curse« came out in April 2020. What can you tell me about your latest record?
Arnas: We think that »The Curse« is by far mature album than our debut one. It’s darker, stronger and more dynamic.

It’s been 5 years from your debut album »Endless Serpents«. What took you so long? Was that just a natural process of writing music or something else came across?
Arnas: We have never been rushing to create our material, because we treat it more like a form of art than a product. It always goes straight from the heart, so sometimes you have to wait for the right moment.

You are still unsigned as I’ve seen. Are there any record labels interested or are you committed to D.I.Y. way to release your music?
Arnas: Actually, our both albums were released by records labels. »Endless Serpents« was released by NoSlip Records, and »The Curse« was put out together with Olde Magick Records.

Where do you get inspiration for your songs?
Arnas: Mostly it just comes from the essence of life. We transfer our experiences through music.

You are celebrating traditional doom metal and heavy riffs of Black Sabbath, Saint Vitus… What are some other artists that you like and made an impact on your music?
Arnas: If we are talking about traditional doom area, we appreciate classic bands of this genre, here are a few that comes to mind: Witchfinder General, Pentagram, Reverend Bizarre, The Obsessed, Hour of 13, Candlemass. I don’t know how much impact has one or another, but we enjoy their music. Although, we are not closeminded and listen to various different stuff if it has any rock ‘n’ roll inside. We’re also very great fans of Motörhead. We listen to a lot of oldchool metal music, classic rock oldies, psychedelic rock, punk rock, blues, even some country, and also some old pop music when we’re drinking hard. 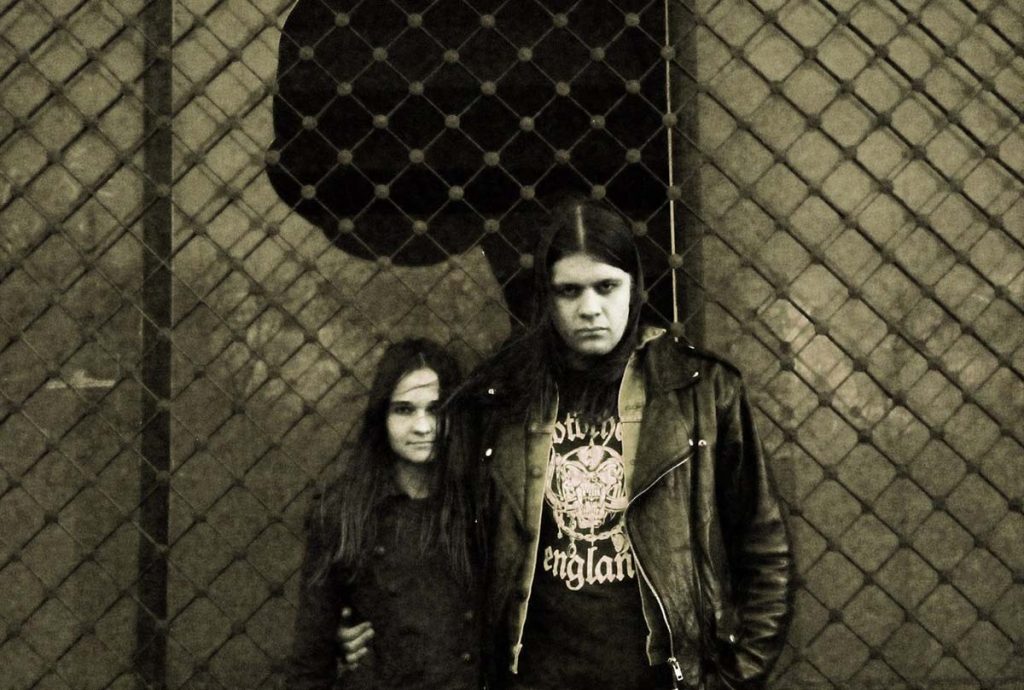 It seems that you are no stranger to European audience anymore. How many countries have you toured so far?
Arnas: Yeah, we had our first shows abroad in 2016. To this day, we have played shows in 15 foreign countries: Germany, Netherlands, Belgium, Austria, Switzerland, France, Finland, Croatia, Czech Republic, Slovakia, Hungary, Poland, Ukraine, Estonia and Latvia. However, the pandemic fucked up everything and for 2 years we’ve been forced to put it on hold.

I hope you’ll also visit Slovenia soon. Are you maybe familiar with the scene here?
Arnas: We hope to come there as soon as possible too. We have visited the country as tourists a few times, and we really enjoyed it. We are not very well informed about Slovenian scene, I’ve heard of Metaldays festival though.

Have you played any bigger festivals?
Arnas: We are mostly used to play at clubs and smaller festivals. The biggest festival we played is called Devilstone, and it is happening here in Lithuania.

Who’s doing your booking? Is it hard for a band like you to get shows?
Arnas: It’s 100% DIY activity. We constantly search for shows, and sometimes receive invitations as well. I should say it’s not the easiest thing, but it’s also not too hard to put effort into the things that you love.

What is your best live experience by now?
Arnas: Every live show is different and unique. Can’t choose the only one.

Do you have any interesting stories from the road that you would like to share?
Arnas: There’s a lot of to tell, but the first that comes to mind was when the alternator of our car broke down. We had to leave our car at the gas station, hitchike and jump across the Dutch canals with new car battery in our hands. 🙂

What would be the most unusual place that you have played?
Arnas: Once we played in an old abandoned chapel, which has some legends about hauntings.

Do you remember what was the first metal concert you attended?
Arnas: Mine was in 2007, it was Sepultura’s gig in Vilnius, Lithuania. Gintarė’s first one was 2006 Ozzy Osbourne’s gig, also in Vilnius.

What music is currently on your playlist?
Arnas: As much as we’ve been praising Saint Vitus from the old times, now we got freshly hooked up on their »Die Healing« album, »To The Devil A Daughter« by Incubus, new Darkthrone album »Eternal Hails«.

What are your future plans? Any interesting projects on the horizon?
Arnas: The most important plan today is to finish the material for our third album and to get back to live scene as soon as possible. We’re burning with desire to get back on the fucking stage.

How did Covid-19 lockdown affect you as a band?
Arnas: As most of the bands probably would say, it did fuck everything up. There have only been a handful of shows in last two years, we didn’t get to make decent album release parties that we planned. It also distracted the creative process, because life itself became much more boring and limited, but we still did come up with about a half of material for our third album, and we are willing it’s going to be back to normal someday soon. We want to get back on the stage so bad!

Thanks for your time and interest! Do you have any last words?
Arnas: Thank you for the interview. Stay Hellhooked!