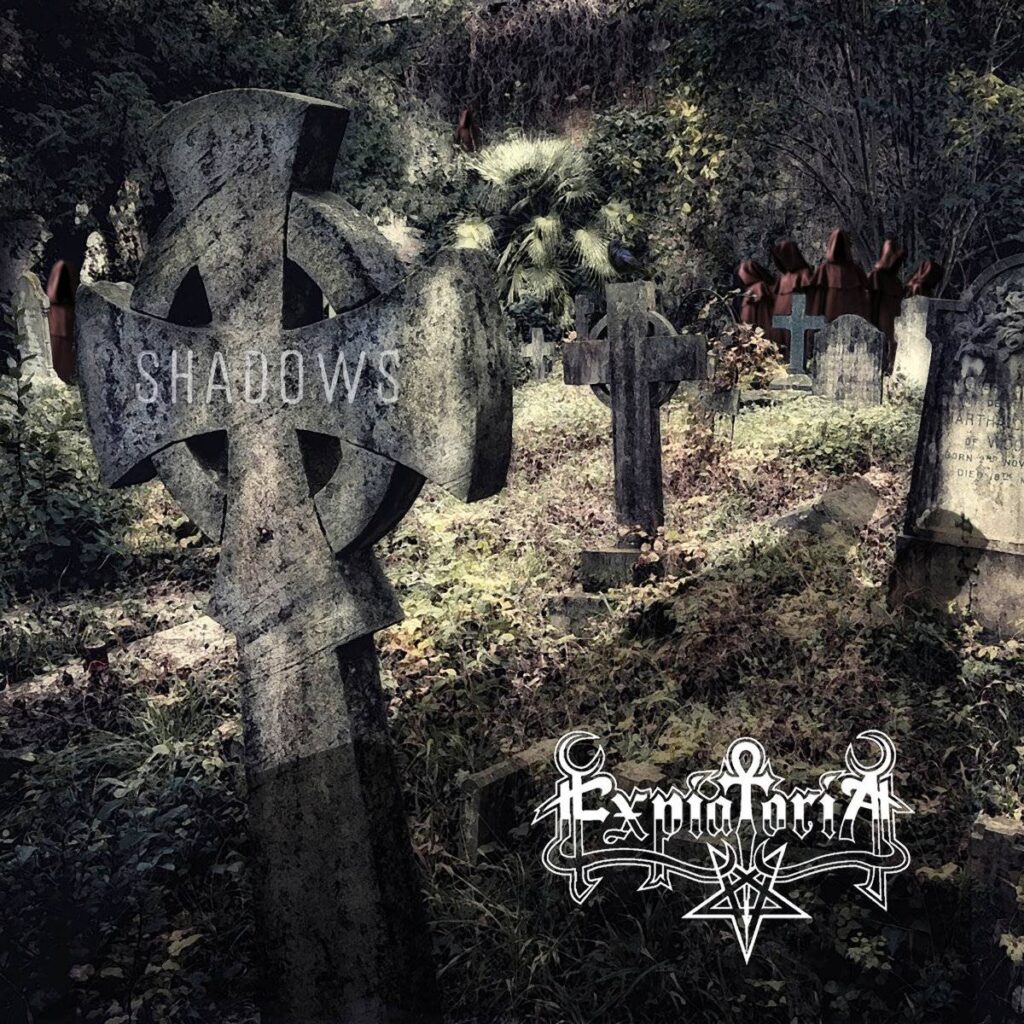 ExpiatoriA is a 6-piece doom metal band from Genoa, Italy, formed in 1987. The band’s first album »Shadows« will be released via Black Widow Records and Diamonds Prod. on CD and vinyl on November 4, 2022.

The full-length is a treat for all fans of Mercyful Fate, Candlemass, old-school heavy metal and prog.

»Shadows« is the long-awaited debut album of heavy metal veterans ExpiatoriA. It features the contribution of some outstanding musicians within the Italian rock and metal scene: Diego Banchero (founder and bassist of label-mates, the dark prog band Il Segno del Comando) in »Asylum Of The Damned«, Edmondo Romano (wind instruments for countless projects and bands) in »Asylum Of The Damned«, Raffaella Càngero (voice of heavy-prog-folk band La Janara) in »Ombra – Tenebra Part 2«, and Freddy Delirio (keyboards in Italian cult horror metallers Death SS) in »7 Chairs And A Portrait«. 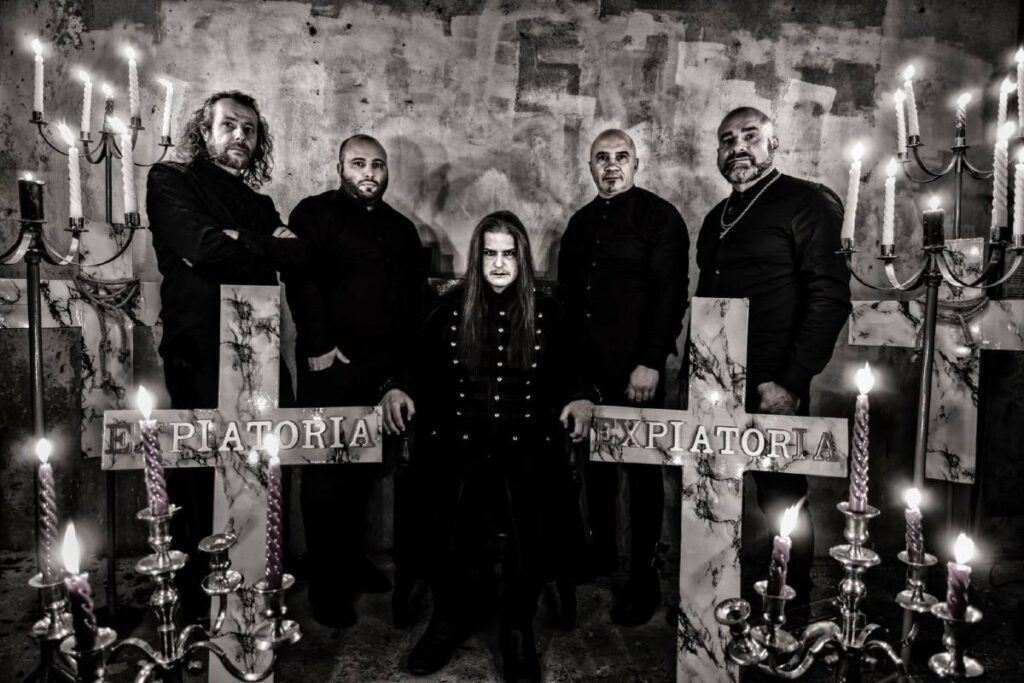 Despite the band’s long history, »Shadows« only features new compositions the band has been writing in the past few years. All fans of traditional, punchy heavy metal and doom will find something intriguing in the songs. Their atmospheres will also appeal to prog and gothic lovers. This mixed musical offering results from the varied background of the band members.

The songs are enriched by David Krieg’s intense vocal delivery. David is also the primary author of the lyrics, and his writings deal with the concept of mystery and the dark side of things, where “dark” doesn’t necessarily mean “bad” or “evil”… but just “hidden”.

ExpiatoriA will present »Shadows« in a concert with L’Impero Delle Ombre, the Italian cemetery rock band, in Genoa on November 5th, 2022, its release date. More gigs will follow. The band is writing new songs and giving new life to some old gems.

ExpiatoriA is not only about tradition and old fashioned habits: the images and animations in the video were all generated by artificial intelligence. Enjoy the trip. 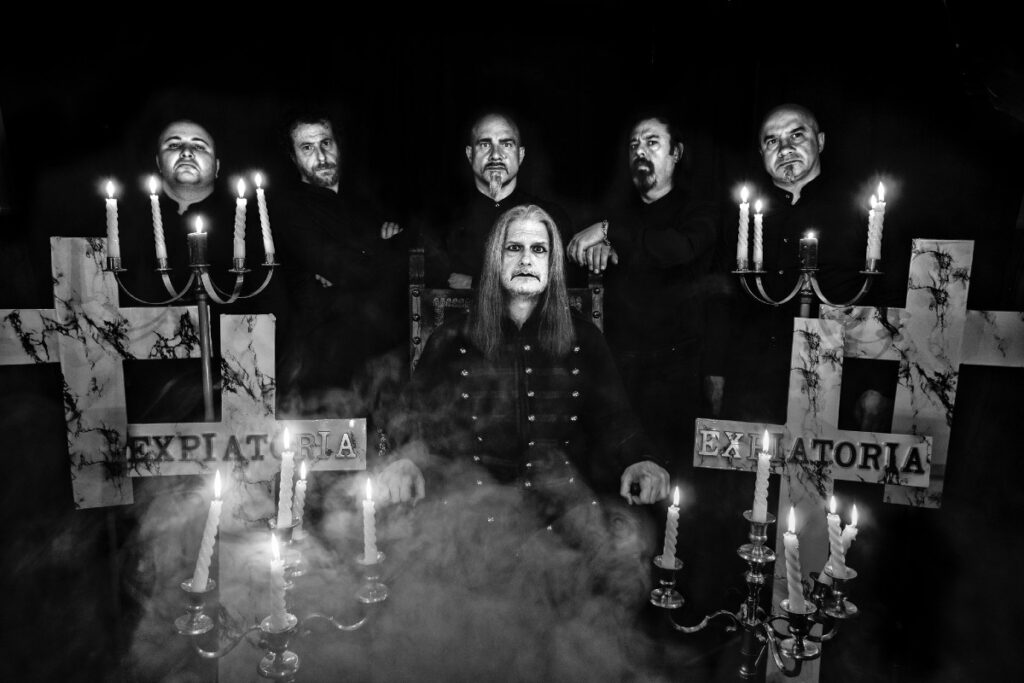 A few demo tapes were released in the early 90s, such as »Tribute To Death« and »Symphonies Of Decomposed Human Flesh«. At the peak of its first life, ExpiatoriA also got featured on cult underground label Dracma Records’ 1992 edition of the compilation »Nightpieces« with a track called »Suffering Days«. These early recordings show a mixture of styles, from Mercyful Fate and Paul Chain to Slayer and Death. Many line-up changes occurred, leading to the band’s split in 1998.

In 2010, ExpiatoriA came back with a 6-track EP titled »Return To Golgotha«, followed by a 3-track EP »Crimson Evil Eyes« in 2016. The latter sees GB Malachina’s return on bass and the addition of Jason Ulfe (Winternius) on vocals.