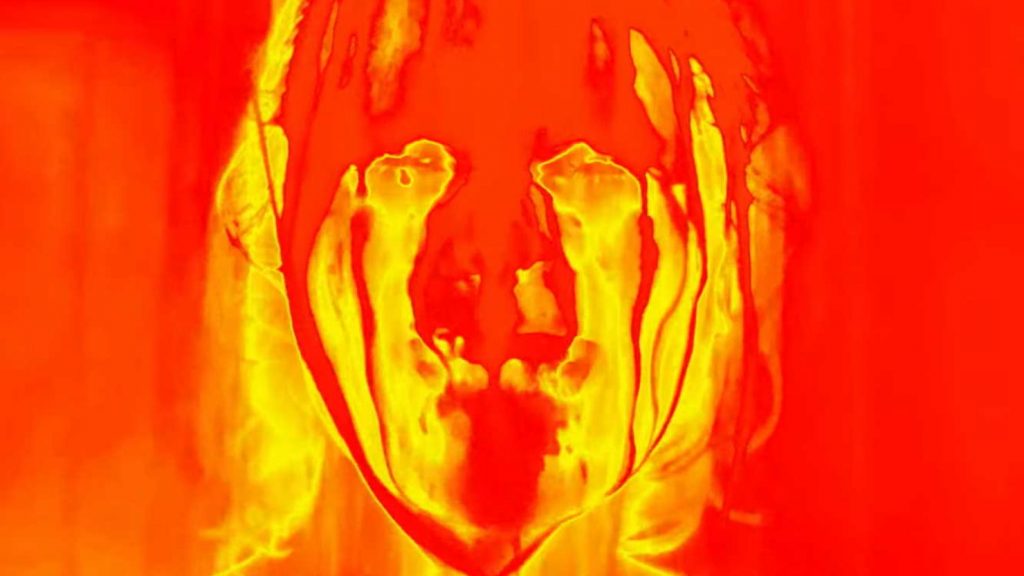 King Gizzard & The Lizard Wizard have unleased a music video for their new song called »Some Of Us«, which was directed by previous collaborator John Angus Stewart and filmed using a thermal heat camera.

Says the band: “This Cookie penned, Stu sung song came together early this year as the world was slowly descending into madness, but before it was truly on fire. We’ve made heaps of tunes lately. Currently putting some sparkles on em. Can’t wait to show y’all before we go down in flames.”

Their second EP, »Willoughby’s Beach« (2011), and debut album, »12 Bar Bruise« (2012), primarily blended surf music and garage rock, and were released on Flightless, the band’s own independent record label. Their second album, a “psychedelic western audiobook” titled »Eyes Like The Sky« (2013), features narration by Broderick Smith. »Float Along – Fill Your Lungs«, released later in the year, and the 2014 albums »Oddments« and »I’m In Your Mind Fuzz«, saw the band expand on their psychedelic sound. In 2015, they drew on elements of jazz fusion and progressive rock with »Quarters!«, and also released the folk-inspired »Paper Mâché Dream Balloon«, recorded almost entirely using acoustic instruments. »Nonagon Infinity« (2016), arguably their most acclaimed album to date, features nine interconnected tracks that form an infinite loop, and won the ARIA Award for Best Hard Rock or Heavy Metal Album.

In 2017, the band fulfilled a promise to release five studio albums within the year: »Flying Microtonal Banana«, an experiment in microtonality, in February; the three-chapter “sci-fi epic” »Murder Of The Universe« in June; »Sketches Of Brunswick East«, an improvised jazz collaboration with Mild High Club, in August; »Polygondwanaland«, which was released into the public domain, in November; and »Gumboot Soup« in December. The 2019 albums »Fishing For Fishies« and »Infest The Rats’ Nest« saw the band incorporate boogie rock and thrash metal into their sound, respectively. In 2020, they released three live albums and pledged to donate all proceeds of their sales towards relief of the 2019–20 Australian bushfires. Later that year, the band premiered the concert film »Chunky Shrapnel« and released a live album of the same name.