Ommnus (Detroit, USA) and My Pitbull Lucifer (Pula, Croatia) have announced the digital and vinyl release of their split album via No Profit Recordings.

The split album Ommnus/My Pitbull Lucifer has 11 freshly recorded tracks, five by Ommnus and six by My Pitbull Lucifer. Preview of the album will be on September 10th, 2022 with one track by each band released. Full album release in digital format will be on September 30th. Vinyl will be printed in 200 copies on blue/black marbled vinyl, pre-orders will go live on October 28th. Full material by both bands will be available for digital purchase on both bands’ official Bandcamp profiles, No Profit Recordings will have a free streaming option for everyone that wants to check out the album.

Ommnus is, by their own words, a doom n’ roll band but there are definitely strong sludge and death metal influences to be heard in their music. Jay and Derek are a duo with Jay handling both guitar and bass, while both share vocal duties. The band has played plenty of US gigs in the post-covid months, including supporting the mighty Voivod, and are planning an EU tour in early 2023 to celebrate and promote this vinyl release; but also their debut album »A Single Green Light«, as they never had a chance to do so in the EU. The five songs recorded for this release are all brand new tracks. 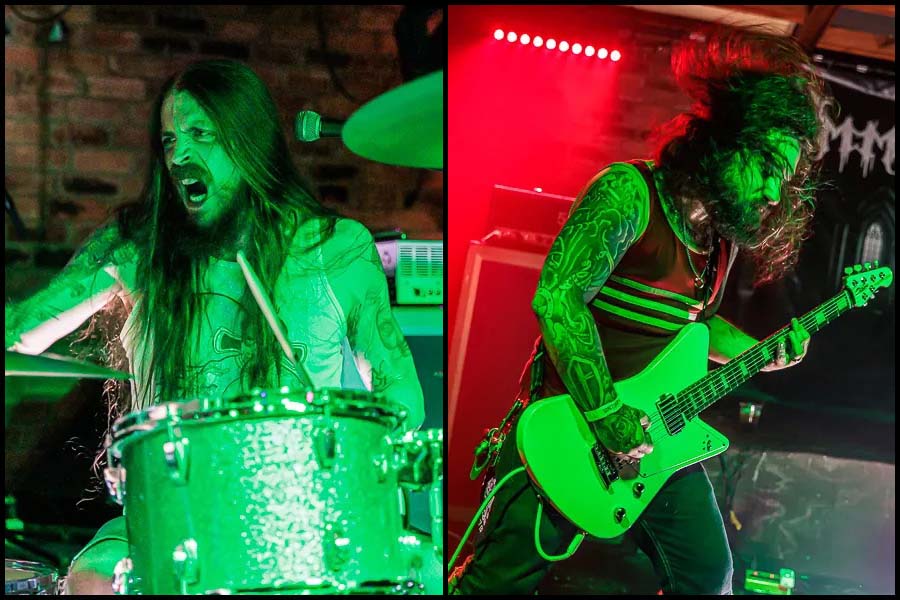 My Pitbull Lucifer is a band from Pula, Croatia with members that are veterans from the local scene: V (Headbanger, Super Booster, Mighty Zazuum), Dina (Mighty Zazuum, Freak Folk Of Mangrovia, Koshkin/Ivas) and Luže (Hijos Del Pueblo, Homo Homini Lupus, Drop The Hammer, Bolesno Grinje) and later on joined by a bit younger Loris (Dark Omen, Chronic Disease, PxDxTx, Spellscroll). At the early stages, the band released two tracks on the »Tribute To Satan Panonski Vol 2« compilation, which featured only Dina and Luže; one of those tracks was re-recorded for this release in addition to five brand new tracks. All band members have different musical backgrounds so it’s hard to pinpoint the exact genre of their music but doom, punk, stoner and psychedelic rock with occasional blast beats are dominant. 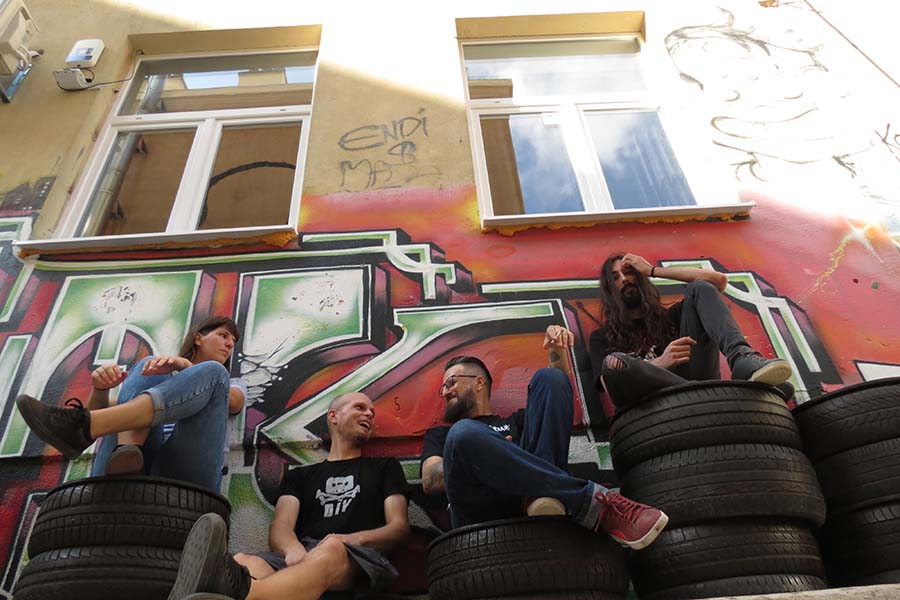