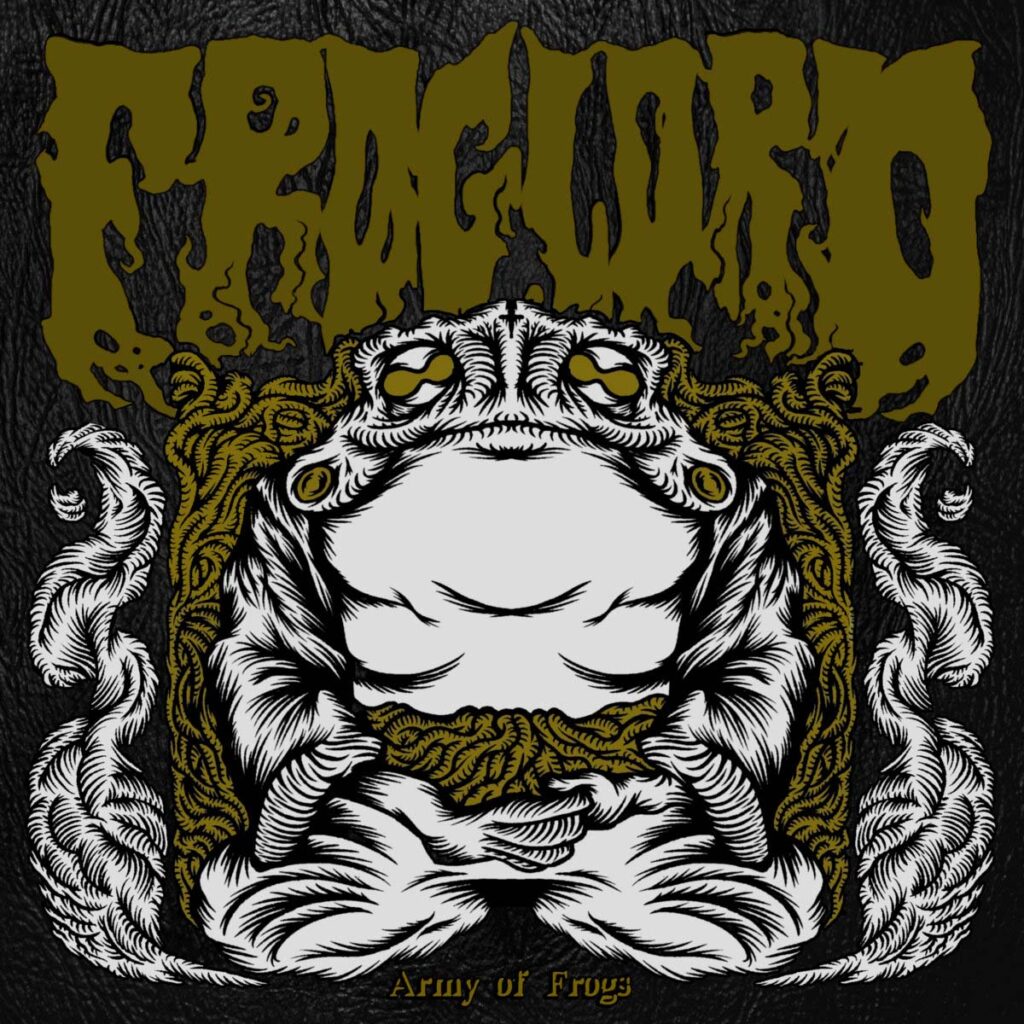 Bristol, UK based psychedelic doom/sludge metal band Froglord has unleashed their new album »Army Of Frogs« on November 4th, 2022 via The Swamp Records.

Since the dawn of time, mystics have long prophesied the coming of an ancient amphibian bestowed with deathray vision and ectoplasmic slime. Emerging from deep within The Mystic Swamp, Froglord arise bringing their unique blend of stoner doom and psychedelic sludge. With face melting fuzz and foot stomping grooves, Froglord’s reign of amphibious terror shall begin.

Froglord is a 4-piece concept-based stoner sludge band from Bristol. Formed as a one-person act during lockdown, Froglord now takes to the stage after the release of their highly successful second full length album »The Mystic Toad«. Each album follows the tale of The Froglord, an amphibian deity sent to restore the natural balance of the earth and save it from environmental destruction. Fans of High On Fire, Kyuss and Conjurer will bow down in worship to the swampy sludge of Froglord. As well as their strong environmental messages, Froglord has worked closely with Save The Frogs, the world’s largest amphibian-based conservation charity. Through campaigning and charity record sales, Froglord have raised an excess of $2.5k, for conservation funding and programmes. 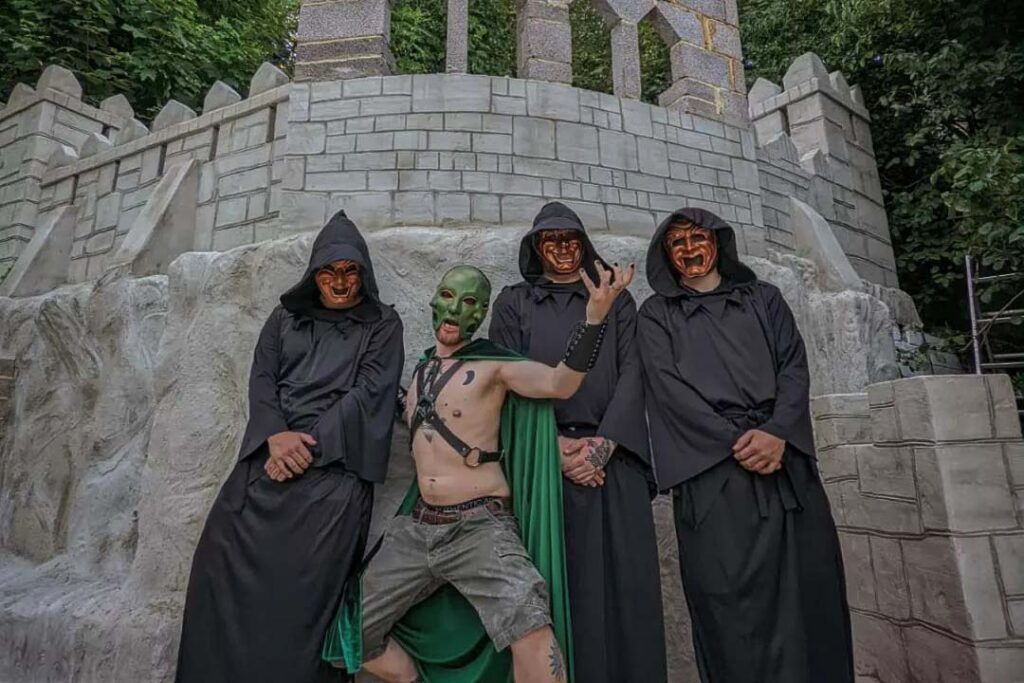 100 years after the great Saturnalian invasion, Froglord reflects on his great swampy empire. His closest advisor and Sage offers the advice that perhaps all the bloodshed and death required to achieve this world has really created a Dystopia masking itself as a utopian paradise. To better understand this and reconvene with the ancestors, the Sage takes Froglord to the great Northern Temple. Once there, Froglord enters a deep meditative trance. But while ascending into the astral plane, the Sage plunges a pesticide dagger into the Froglord’s heart. His traitorous plan to kill Froglord and set in motion a Paradigm Shift back to the ways of machines and pollution has begun. But as Froglord’s spirit traverses the Bardo into the next life, a great ripple is felt across the swamp, awakening all those loyal to the Froglord. The great Army of Frogs is summoned.

The army begin their storm upon the Northern Temple and are met by a mighty rebel force. Froglord’s war cry echoes through the planes of existence into the minds of his army “Crush Your Enemies!”. Enraged and in frenzy, a bloody war ensues. Countless deaths later, the traitors all lie fallen. The Sages rush to collect Froglord’s body and prepare the Funeral Rite before his soul fades away and the cycle of rebirth is broken. Once complete, the army embarks on a mass Procession, delivering Froglord’s body to the Crystal Pyramid; constructed by the Saturnalians. Laying him down, his spirit ascends into The Watcher state, where he casts his mighty eye over the world, awaiting his next rebirth in another 10,000 years.