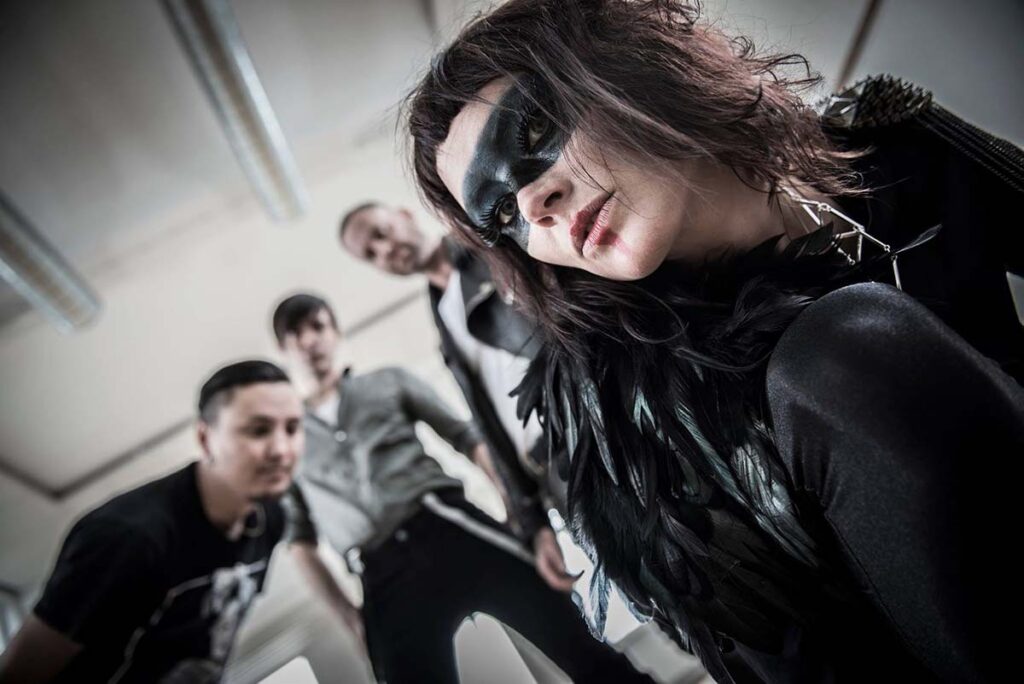 Alice In Videoland described themselves as a combination of minimal 80’s synth pop music with an upbeat electronic body music (EDM) assault and a bitchy disco punk female singer.

Alice In Videoland was formed in 2002 by singer Toril Lindqvist and former band member Carl Lundgren. The band gained a massive response on their very first demo with the original idea, which they still try to adhere to, of combining edgy synth-basses, ebm and electro with punk rock, and placing the edgy voice and melodies of Toril on top to create a unique style.

After six months of being on the ‘demo market’ the band were signed to the National label and recruited Anders Alexander (drums and synths) and Johan Dahlbom (bass). The recording of their debut album »Maiden Voyage« (2003) began. At the same time the band took the local club scene by storm with their energetic live shows.

Their second album »Outrageous!« was released in 2005 and by that time the band had gained an underground worldwide fan base. The single »Cut The Crap« opened up the US market for the band and a contract was signed with US label Storming The Base. Before the release of »Outrageous!« Carl Lundgren left the band and was later replaced by Martin Kenzo.

In 2008 Alice In Videoland returned to release their third album »She’s A Machine!« which the band described as harder and edgier than their previous works.

In 2010 Alice In Videoland released their latest single »Spaceship« which became the band’s first radio hit in Sweden and on November 2 the same year, they released their fourth album »A Million Thoughts And They’re All About You«. The band also made their first video (»In A Band«) in 5 years. 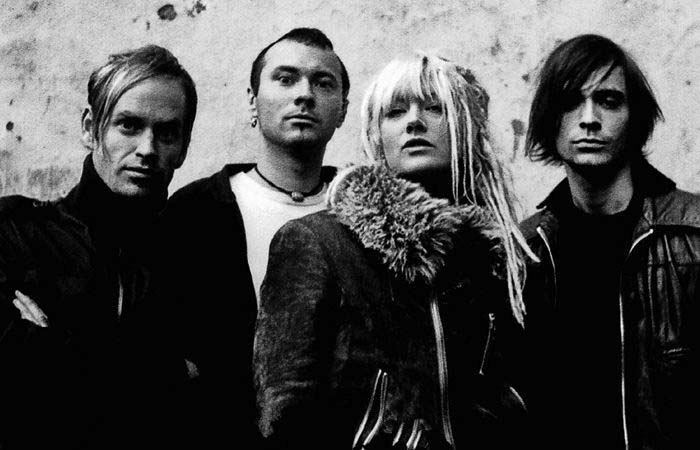 In April 2015, after a nearly four-year hiatus, the band announced a reunion and the creation of their fifth studio album »Forever« and the single »Let Go« was released on Diket Records. The album never materialized, but a second single, »Stand«, was released later that year.

In November of 2018, the band announced on their Facebook page that they would be disbanding after playing a few final gigs in 2019, and that they would be releasing a limited edition »Best of Alice In Videoland« compilation on vinyl featuring two new songs. A new single »Souls On Fire« with B-side »Shocker« was released digitally on December 24, 2018.

After Alice In Videoland disbanded, Toril Lindqvist formed a new electronic band called Le Volt together with Magnus Norr of The Girl & The Robot.