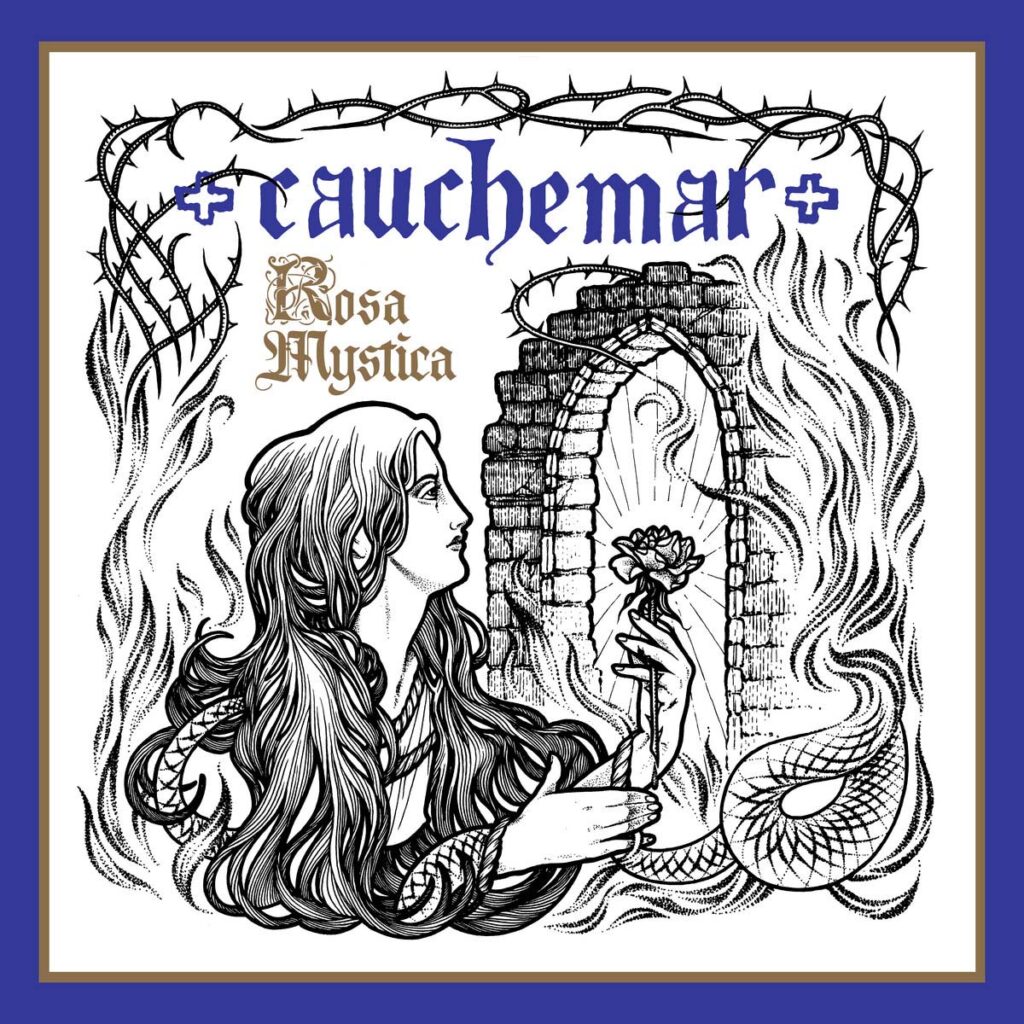 The band comments: “»Rosa Mystica« will be released by Temple Of Mystery Records on May 16th on CD and vinyl format, with the cassette version to follow later this year.
If you haven’t heard the first track from the record, you can hear it here: cauchemar.bandcamp.com. Fun facts: This track features a short guitar cameo from Chany of Inepsy, who also recorded the album (and took our band photo!)”

Rising from their moss-covered crypt, Cauchemar is back with their third full-length, »Rosa Mystica«, the band’s first offering since 2019’s »Trapped Under Ice« compilation. Meticulously composed and rehearsed to perfection, the album is a fully realized expression of Cauchemar’s signature sound of somber traditional doom delivered with the vigor of heavy metal. Perhaps owing to two of the members’ recent migration from Montreal to rural Quebec, the atmosphere on »Rosa Mystica« is spacious and rustic, gilded by the warm glow of stained-glass luminescence through which cuts the burnished weight of François Patry’s guitars. Settled within bassist Andres Arango and drummer Joël Ladouceur’s vaulted geometry, the austere muscular riffs drive the songs, haunted by the spectral radiance of organs and Annick Giroux’s French-language incantations. Cauchemar’s highly praised performances with Pagan Altar in 2019 reified the band’s style, and »Rosa Mystica« – easily their most cohesive and complete – bears the confidence of a band that has come into its own. ~ Jason Campbell 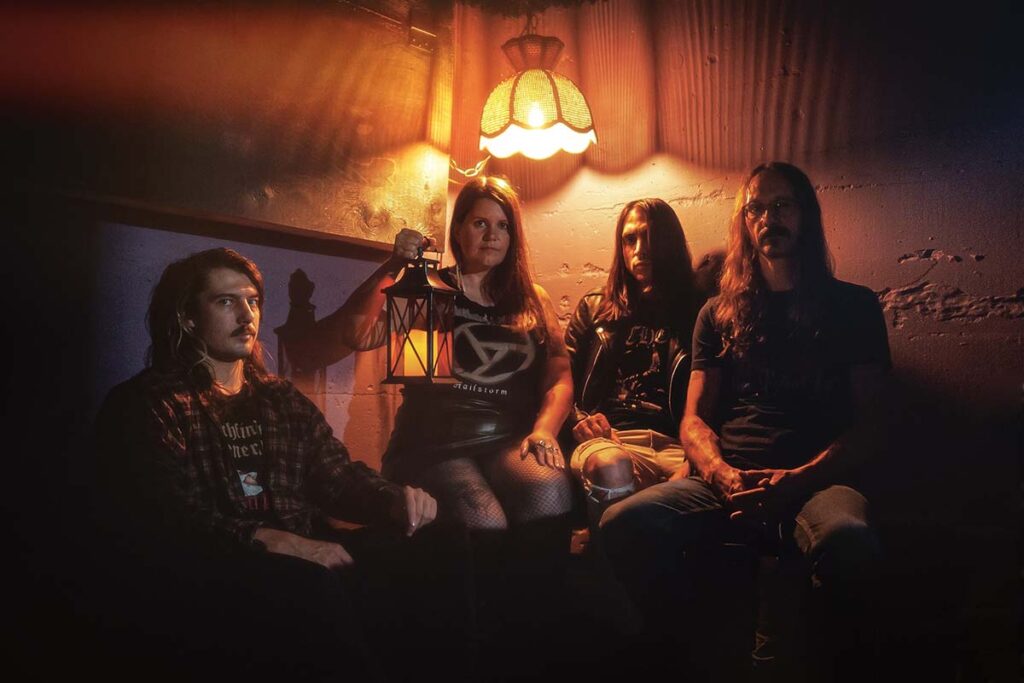