Says Cosmic Reaper: “The song is about someone with a debilitating brain disease succumbing to paranoid hallucinations in the dark. We’re capable of creating a lot more horrors in our minds than we ever could in reality. With Sundowner, we went for something groovy, but foreboding, with an ending that descends into madness. But, more importantly, we hope this track makes you bang your head!”

Since their ignition in 2020, the »Doom Sessions« split series have been delivering steamroller after steamroller, packing together earth-shattering collaborations between the loudest stoner and doom acts of this world. From Conan to Bongzilla, Acid Mammoth, -(16)- and Grime, each »Doom Sessions« EP presents previously unreleased tracks from both bands involved while being wrapped in a devilish artwork design by Branca Studio. »Doom Sessions Vol. 7« makes no exception, and the grim and unearthly synth-laden songs of Endtime match perfectly with the evil, slow and low spacey doom of Cosmic Reaper. 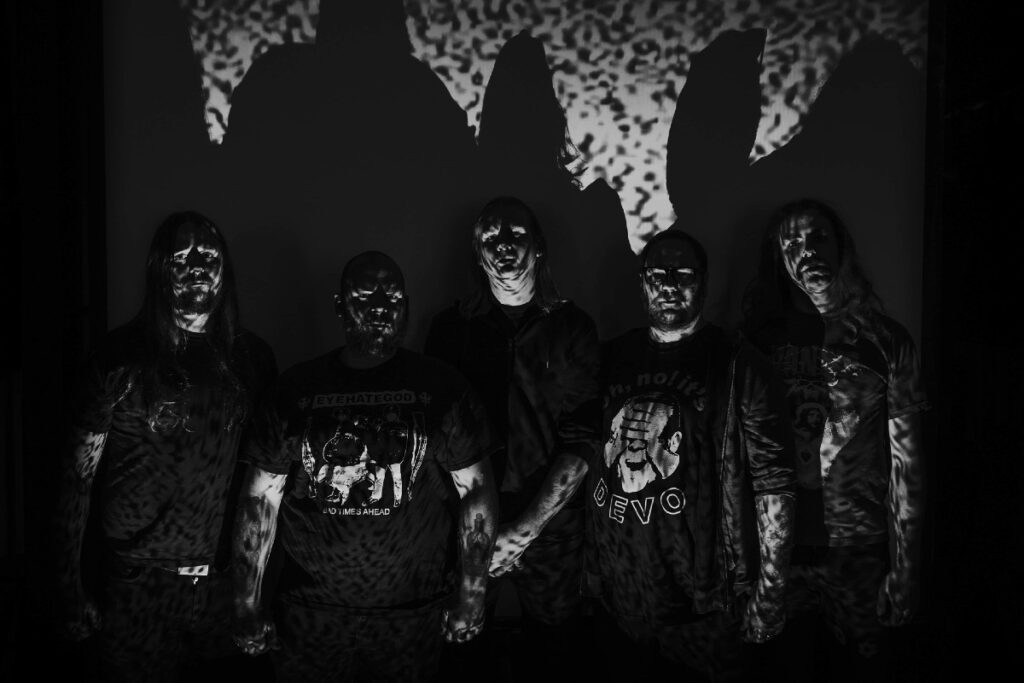 Endtime started out in 2015 under the name Saturniids with the pure intention of creating apocalyptic and earth-shattering musical compositions. That name didn’t suit their needs or personality, so in 2019 they decided to change it to the more fitting name Endtime. They are the ambassadors for no tomorrow, fostering exploitation movies and aesthetics from the 1980s. Think Giallo, Carpenter and Cronenberg. They don’t believe in groove or swing. They turn amps up to 11, they cause ruptured eardrums and serious dysentery with their subatomic frequencies. Endtime are the music equivalent to a nuclear blast. Featuring former members of Obnoxius Youth, Undergång, Taiwaz and Noctum, their twisted and devastating brand of nihilistic doom tinged with a pervasive 80s horror aesthetic was described as “the music equivalent of a nuclear blast”. Their debut album »Impending Doom« was released in 2021 on Heavy Psych Sounds.
Facebook ⎪ Instagram ⎪ Spotify 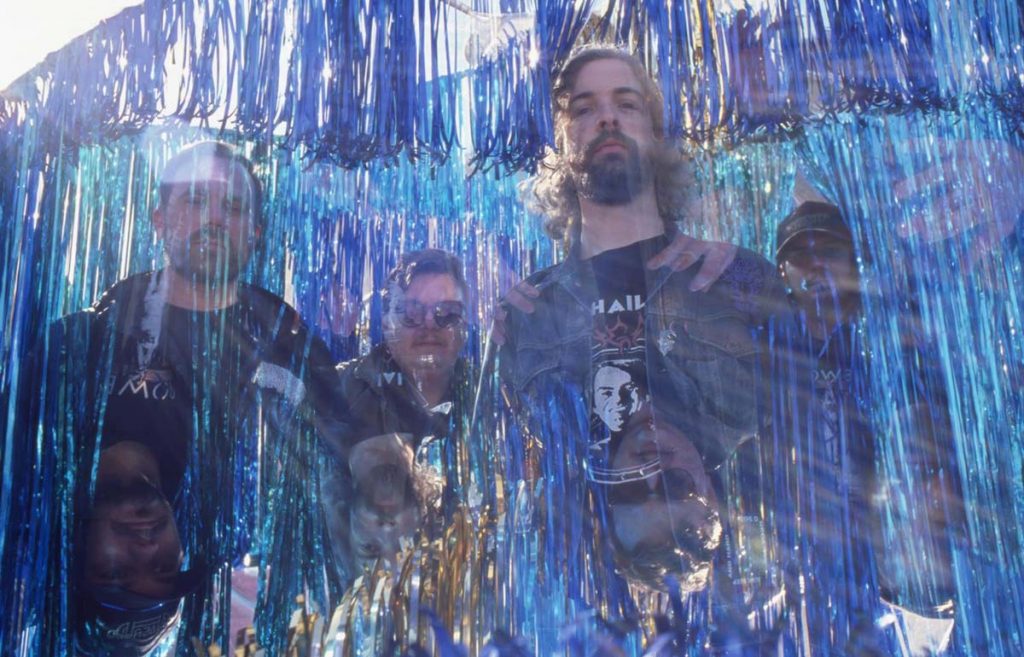 Hailing from Charlotte, North Carolina, psych-doom outfit Cosmic Reaper delivers classic doom and stoner metal elements dipped in psychedelia. In its infancy, bass player Garrett Garlington and guitar player Dillon Prentice, together in Garrett’s kitchen, mixed heavy and fuzzy harmonies with crushing riffs. Not long after, the duo added Thad Collis, which ethereal vocals and impassioned guitar harmonies are what built the band’s foundation. Colorado Springs metal veteran Jeremy Grobsmith (The Great Redneck Hope, Matterhorn, Worry) then joined the band. His hard-hitting and eclectic drum style rounded out the Cosmic Reaper sound and the band was born. In September 2019, they recorded the »Demon Dance« EP at Greensboro’s recording studio The Parliament House, alongside owner and maverick Jacob Beeson. Noteworthy exposure from doom metal-focused podcasts and webzines helped in the success of this first offering. The band returned to Beeson’s studio in the summer of 2020 to start recording. Laden with droning riffs and down-tempo walls of monolithic sound, completed their crushing self-titled debut album, which was released in early 2021 on Heavy Psych Sounds.
Facebook ⎜ Bandcamp ⎜ Instagram ⎪ Spotify