UK psychedelic/progressive/post-rock act Crippled Black Phoenix drops the brand new single »Everything Is Beautiful But Us« taken from their upcoming full-length album, »Banefyre«, set to release on September 9th, 2022 via Season Of Mist.

Video made by Guilherme Henriques.

Progressive rock collective Crippled Black Phoenix will be releasing a brand new album, »Banefyre«, on September 9 via Season Of Mist! The band is now sharing the second new single from the offering, »Everything Is Beautiful But Us«!

Crippled Black Phoenix mastermind Justin Greaves explains, “Although this is not a ‘lock down’ song, Belinda’s lyrics were certainly inspired by the lack of human activity we found when the first lock down began. We were going for walks where I live in the countryside and the silence was amazing, the air seemed more fresh and there was a definite increase of wildlife activity. So it made us both realize more than ever how ugly we are as a race, humans basically ruin everything.

Musically this is one of my personal faves on the new album, »Banefyre, The Musical!«. It plays an integral part in the sound journey, it’s simple but powerful. Very CBP.”

Singer/percussionist Belinda Kordic adds, “Justin sent me the demo with the title, I thought the song was beautiful, so I couldn’t just plonk down (write) just anything. It had to be right. The inspiration for the song hit me during the first wave of Covid. When I was over visiting Justin in the UK, and I couldn’t get back home for quite some time due to travel restrictions. So, we were spending a lot of time outside in the countryside and i was amazed at the quick turn nature took for the better, as soon as humans were removed out of the equation. 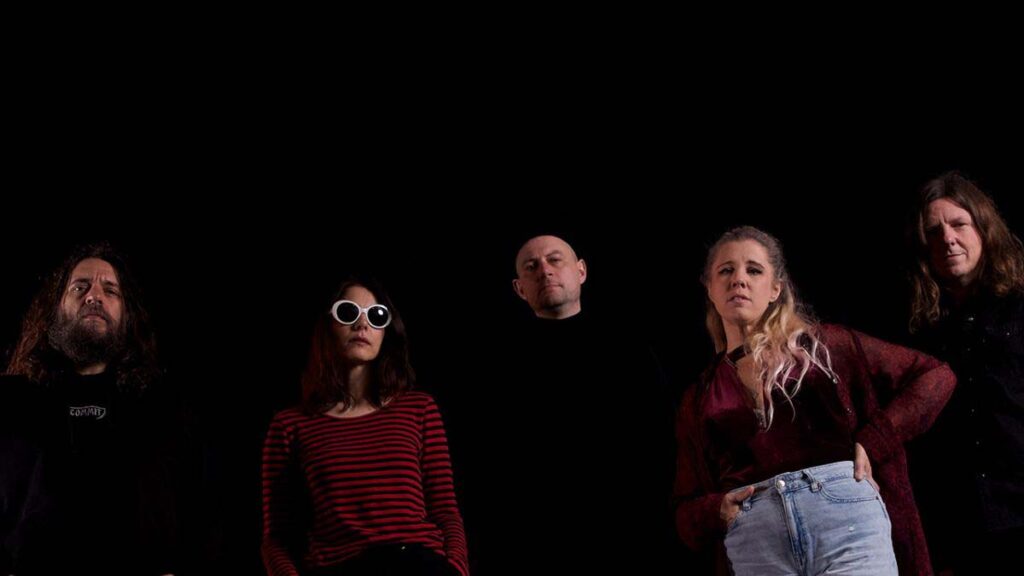 The increased symphony of birdsong, bumble bees the size of my fist turning up in the garden, animals coming out of hiding and popping up here, there and everywhere. Nature and its inhabitants were thriving to the very fullest. As they should.

It was beautiful, but also sad at the same time. knowing that when we get back to ‘normal’, the destruction continues.”

»Banefyre« follows 2020’s »Ellengæst« – an effort that found Crippled Black Phoenix employ a series of notable guest vocalists alongside Kordic, prompting Metal Hammer to describe it as their “most cohesive and emotionally devastating record”. Kordic is now paired with Swedish vocalist Joel Segerstedt, who made his Crippled Black Phoenix debut last year via the »Painful Reminder/Dead Is Dead« single. Piano, synth and trumpet player Helen Stanley and additional guitarist Andy Taylor complete the lineup. Greaves says Stanley and Taylor “fit so well creatively”, which has made Crippled Black Phoenix feel like a band when making plans and decisions.

The album can be pre-saved across digital streaming services here: orcd.co/cbp-banefyre