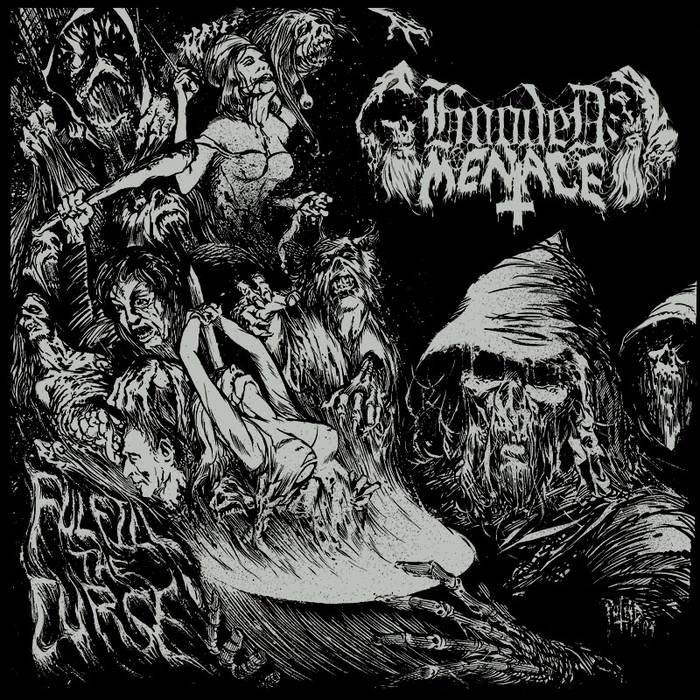 Debut album »Fulfill The Curse« by Finnish death/doom metal band Hooded Menace has been reissued and is available again on CD via Hammerheart Records.

»Fulfill The Curse« was originally released on October 1st, 2008 via Razorback Records.

Tracklist:
01. Rotting Rampage (Menace Of The Skeletal Dead)
02. Fulfill The Curse
03. Grasp Of The Beastwoman
04. Laboratory Of Nightmares
05. Beauty And The Feast
06. The Eyeless Horde
07. The Love Song Of Gotho, Hunchback Of The Morgue
08. Arcane Epitaph
09. Theme From Manhattan Baby (Fabio Frizzi cover)

We will admit that many were initially attracted to this release because of the great cover art, the cool name of the band, and the smashingly awesome song titles. The band’s chief non-musical inspiration is horror movies.

They had many of us at »Grasp Of The Beastwoman«. »The Eyeless Horde«. »The Love Song of Gotho, Hunchback Of The Morgue«. Fantastic. The same Horror Noir appeal that bands like Deceased or Acid Witch have preserved over the years. 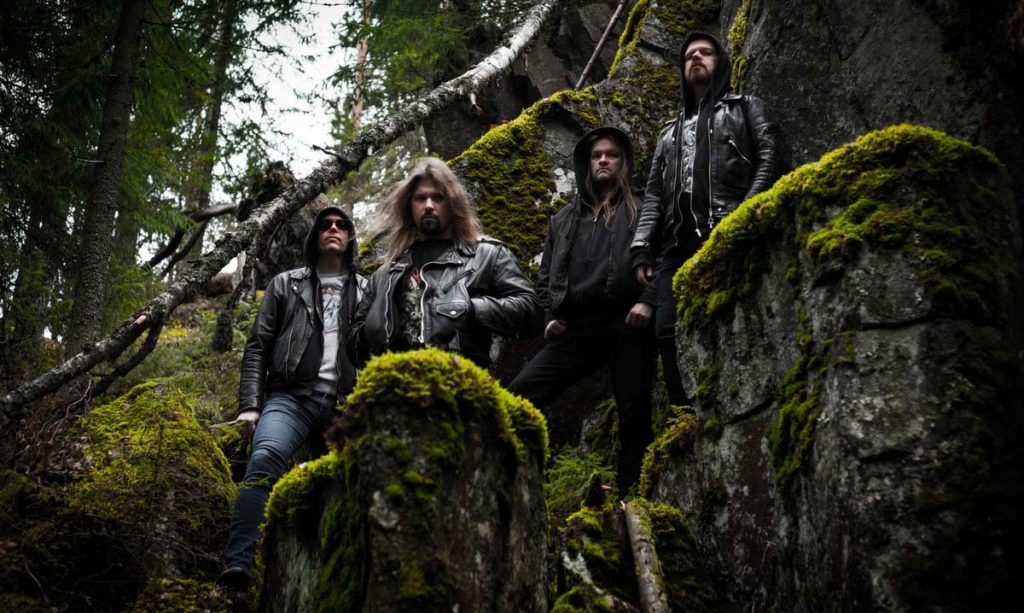 They attraction quickly evolved upon hearing the record. This is crushing death/doom hybrid of the sort you haven’t really heard since the very early days of Amorphis, Tiamat, Winter, Paradise Lost or other bands who took the purest of classic death metal, slowed it down to a crawl and layered in the subtle melodic lines, elevating it into immortality.

The debut full-length of this Finnish band has achieved such a cult status, the songs are seamlessly catchy and really fucking doom. »Labory Of Nightmares« grooves with abandon. The utter crawl of »Beauty And The Feast« and »Rotting Rampage« will appeal to your funeral doom fans as well as your classic death sect. »Arcane Epitaph« is perhaps a fan-favorite, almost as if Candlemass got really fucking rugged.

A flawless debut, we dare say a near masterpiece. Classic death and doom metal cut of a rare cloth, it can both crush the fuck out of you and thrill you with its nostalgic horror-soaked lyrics. Acquire at any cost.