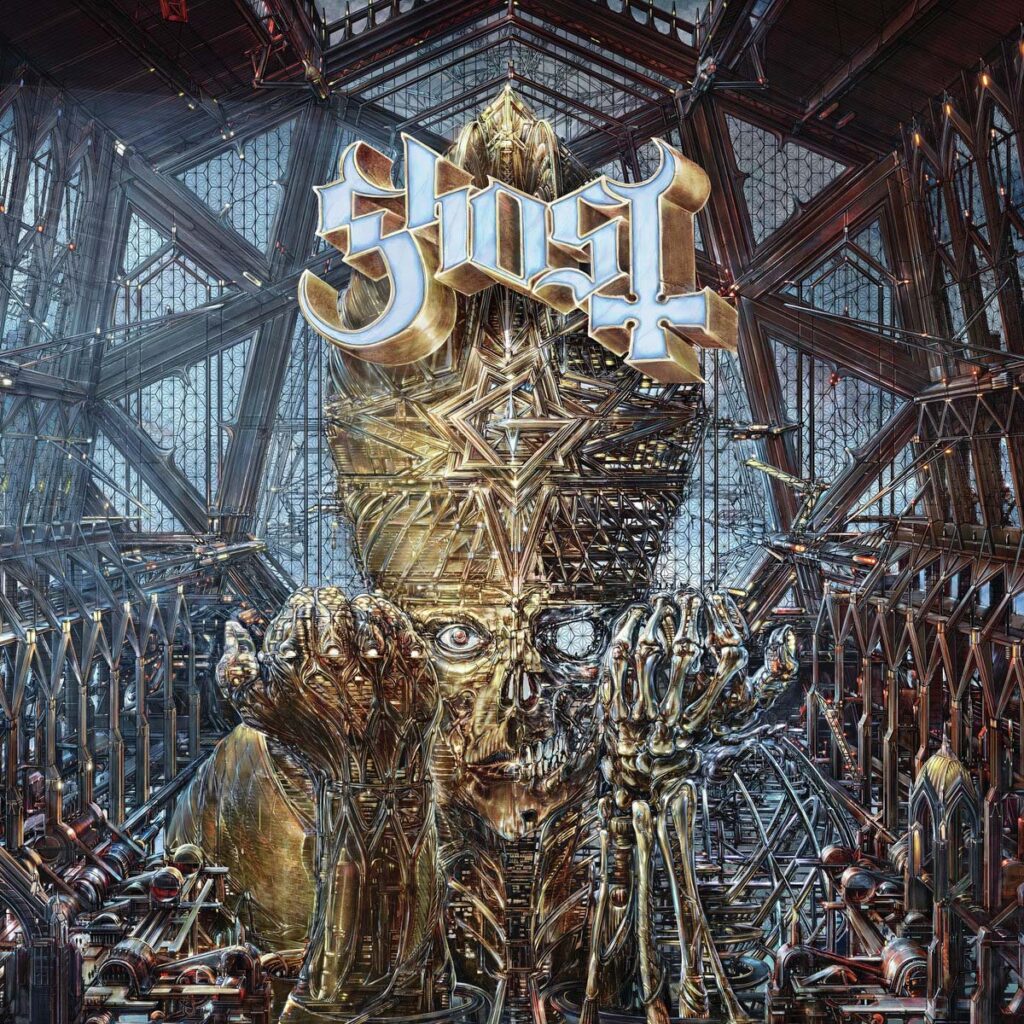 Ghost have released a lyric video for the new single »Twenties« taken from their forthcoming fifth full-length album, »Impera«, which is set for release on March 11th, 2022 via Loma Vista Recordings.

Papa Emeritus IV comments on the song: “That song has super-aggressive lyrics, it’s very hostile. It’s still meant as a pep-talk, but it’s basically demeaning and openly hating anyone who’s listening. It promises only air, but poisoned air. And yet it still wraps it up as a gift, as something you should say ‘thank you’ for. Which is like a lot of the bullshit that we’ve been seeing the past couple of years.” 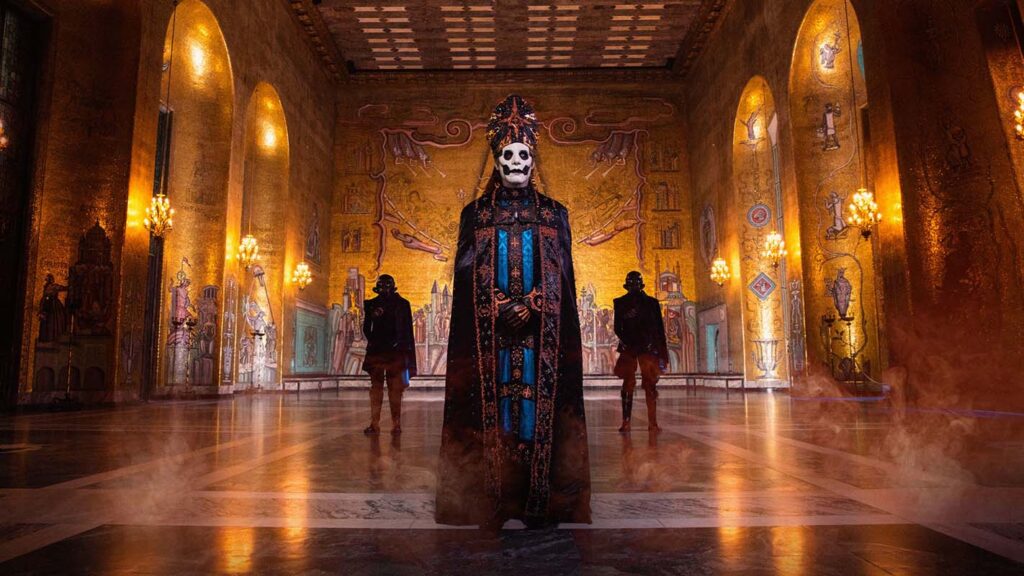 Ghost will embark on a European tour with Uncle Acid And The Deadbeats and Twin Temple starting in April. 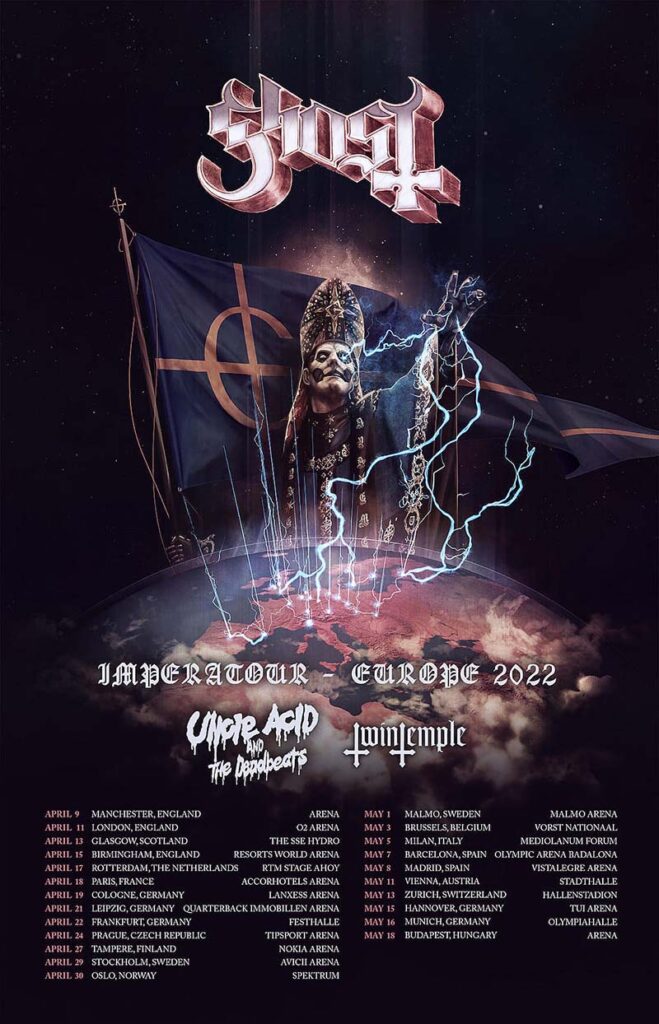