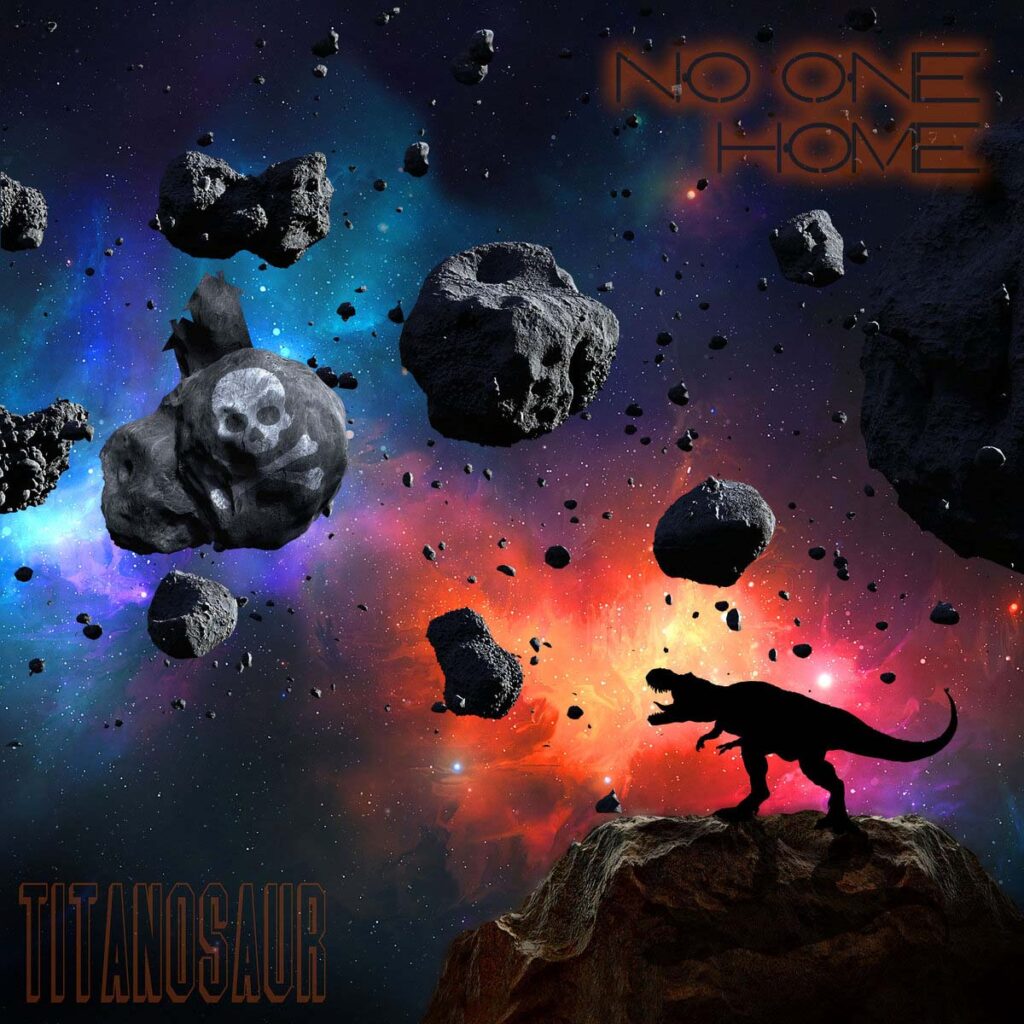 All songs written and performed by Geoff Saavedra.

Mastermind Geoff Saavedra comments: “On the one hand, this album feels a little rushed. On the other hand, it feels like it took too long. I was originally thinking about releasing an EP, but with how long »No One Home« and the acoustic version of »Eater Of Death« are, it was definitely long enough to consider a full album. It’s a tight album, no filler. At once brutal and beautifully melodic.”

Titanosaur is a New York one-man punk rock/heavy metal crusher. Created by Geoff Saavedra, it is the meat in a Rock sandwich, with two slices of Motörhead/The Ramones bread, some Monster Magnet cheese, and your pre-requisite Black Sabbath garnish. Geoff started recording for Titanosaur in early 2017. Since then, Titanosaur has released »Eat Me« (2018), »II« (2019), »Messages« (2020), and »Inti Wañu« EP (2021), the latter solidifying the band’s sound. Titanosaur also released a collaborative Motörhead cover of »Mean Machine« with DemonScar that has gotten a ton of traction on Spotify. Titanosaur doesn’t seem to be slowed down, since they plan to release the album »Absence Of Universe« in 2022. »Absence Of Universe« has a solid musical direction with the influences of Ministry, Sepultura, Mastodon, and Killing Joke. The band has released the singles »Conspiracy« and »We’re All Waiting« and plans to release more music in the future. 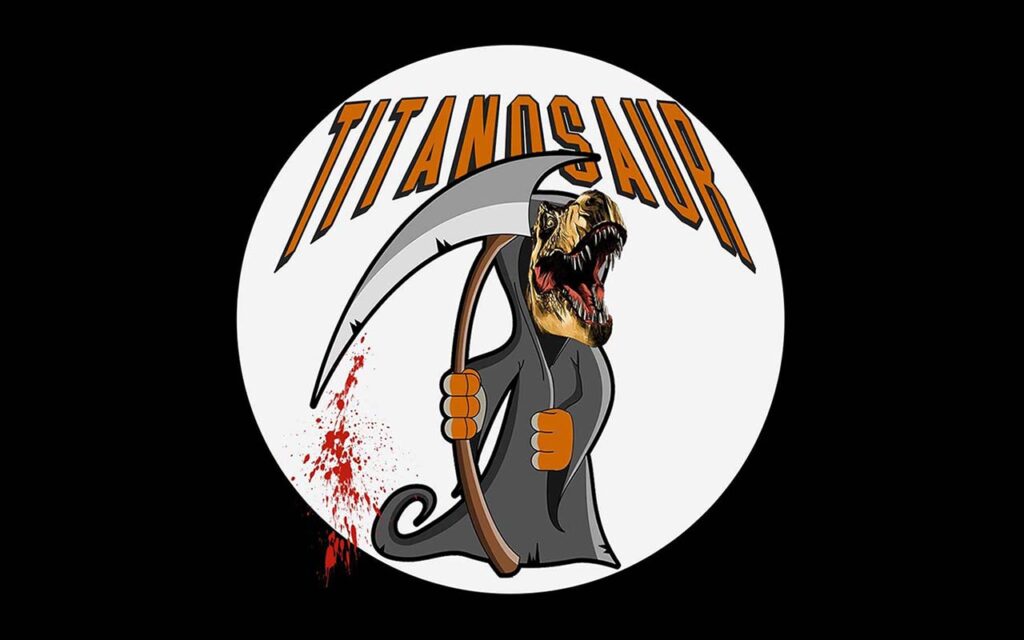 Geoff has been recording with The Raygun Girls, a goth rock/alt rock band, since 2004, but was forced to start recording at home due to his 3rd emergency heart surgery in 2009. Needing to separate his love of heavy metal from his love of goth rock, Geoff started recording for Titanosaur in early 2017.

“Titanosaur allows me to rock out, be silly and just have fun,” says Geoff. “I grew up on Queen, Mountain, Black Sabbath, Ramones, Sex Pistols, and some of that does come through in The Raygun Girls, but that project is dark and serious.”

So “Lick my boots and kneel to the Queen of the Universe” as you blast Titanosaur!