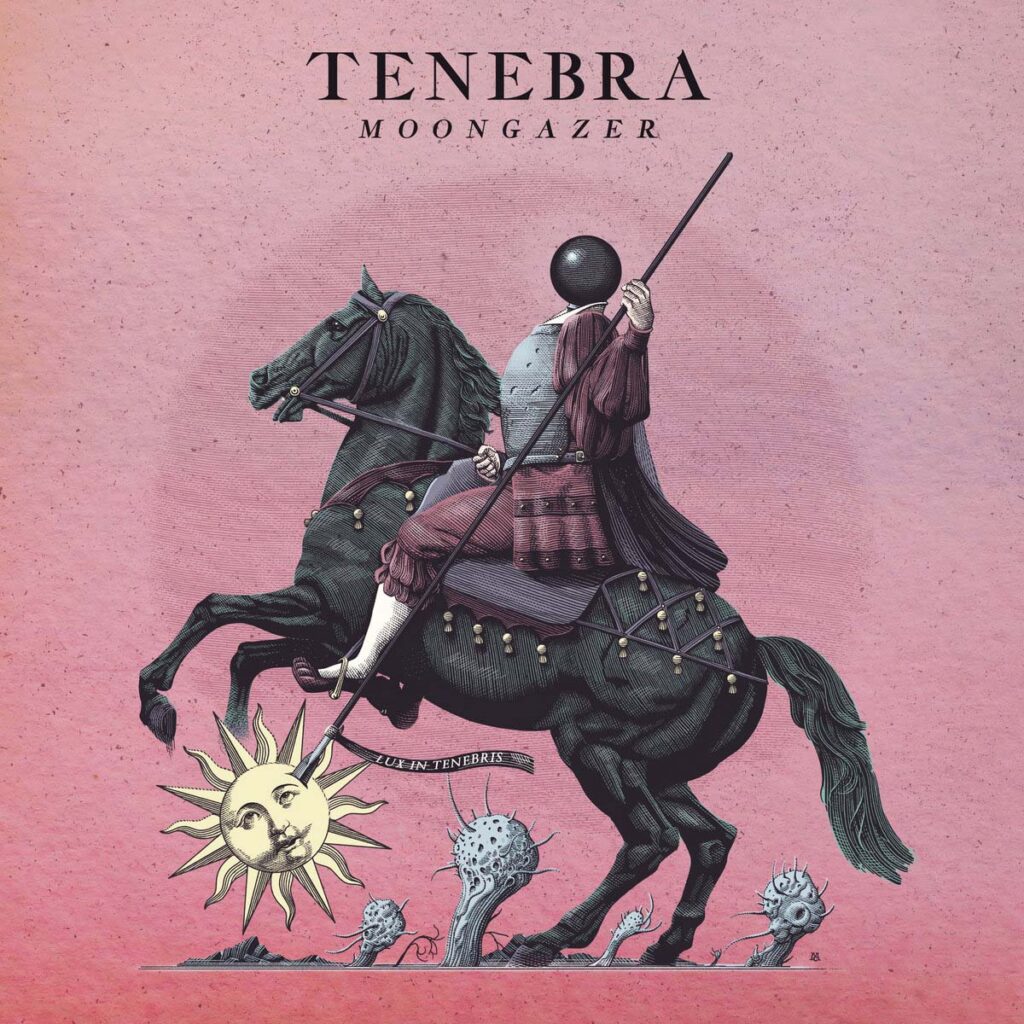 New Heavy Sounds is very proud to bring you »Moongazer«, the second album by the four-piece heavy stoner rock powerhouse from Italy, Tenebra.

Tenebra are a fiery four piece from Bologna, Italy who play a distinctive blend of stoner rock with heavy doses 70’s proto metal, hard rock and psych blues in their melting pot of sound. Topped off by some soulful blueswailing vocals, these guys have a distinctive dynamic that refreshingly transcends their influences, all of which can be heard in full effect on their upcoming second album »Moongazer«.

»Moon Maiden« is the first single to be taken from Tenebra’s the album. Featuring Gary Lee Conner of psych grunge legends (and one of Seattle’s most seminal bands) Screaming Trees providing guitar embellishments and a very cool central solo to boot.

The band have created an atmospheric video to go with the track, using clips taken from the documentary »Nuestra Santisima Muerte«, produced by Opificio Ciclope in 2011. “Nuestra Señora de la Santa Muerte” often shortened to “Santa Muerte” is a cult image, female deity, and folk saint Mexican Neopaganism. A personification of death, she is associated with healing, protection, and safe delivery to the afterlife by her devotees. Just like Our Lady of Guadalupe, she is often depicted with the moon under her feet, a symbol of purity. Here’s a link to the original documentary: opificiociclope.com. 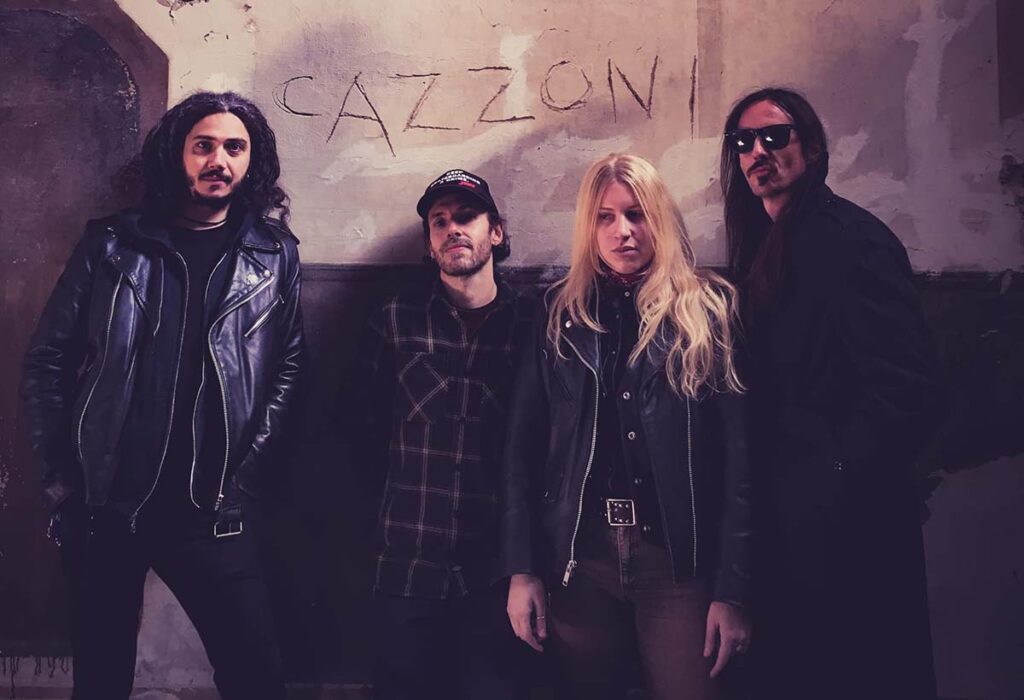 »Moongazer« contains nine slabs of crushing fuzzed up grooves, fuelled by 70’s proto metal, hard rock and psych-blues, loaded with great riffs and melody and topped off by gutsy soulful vocals.
Musically, you could say that Tenebra occupy similar musical terrain to bands such as Graveyard, Witchcraft, Kadavar and other bands of that ilk, but Tenebra are very much their own beast. They have all the chops of course, but are musically less slavish, often adding a twist that keeps the songs fresh and now. There’s also very little reliance on Sabbath-isms (apart from one cheeky nod) and though occult rock is also part of the vibe, the music steers well clear of the cliches. In fact the band bring a clutch of left field influences into their melting pot as well, from June of 44 and Love Battery to the Misfits and the psych grunge of Screaming Trees, much of it in evidence on this new album. In fact Gary Lee Conner of Screaming Trees actually contributes to »Moon Maiden«. 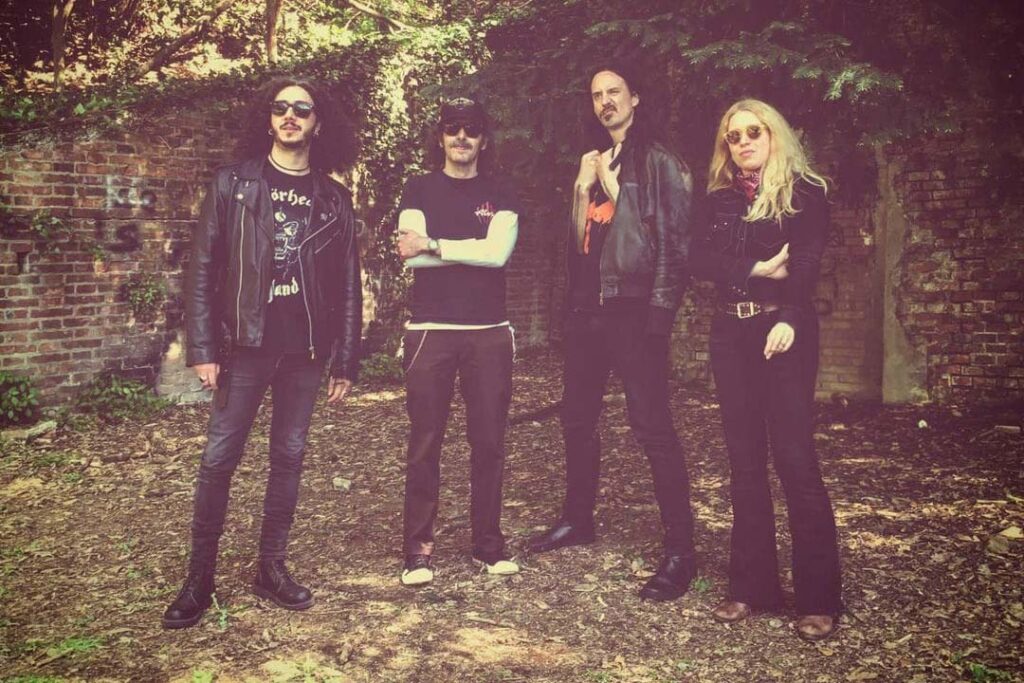 »Moongazer« is released on April 29th by New Heavy Sounds in collaboration with the estimable Seeing Red Records in the USA.

There will be a deluxe and very limited edition vinyl version of 500 only. With a gatefold Sleeve, a printed inner housing a white vinyl disc with black marbling, including a free download of the whole album.

Also released on CD in a 4 panel digipack with a 4 page booklet and available on all digital platforms.