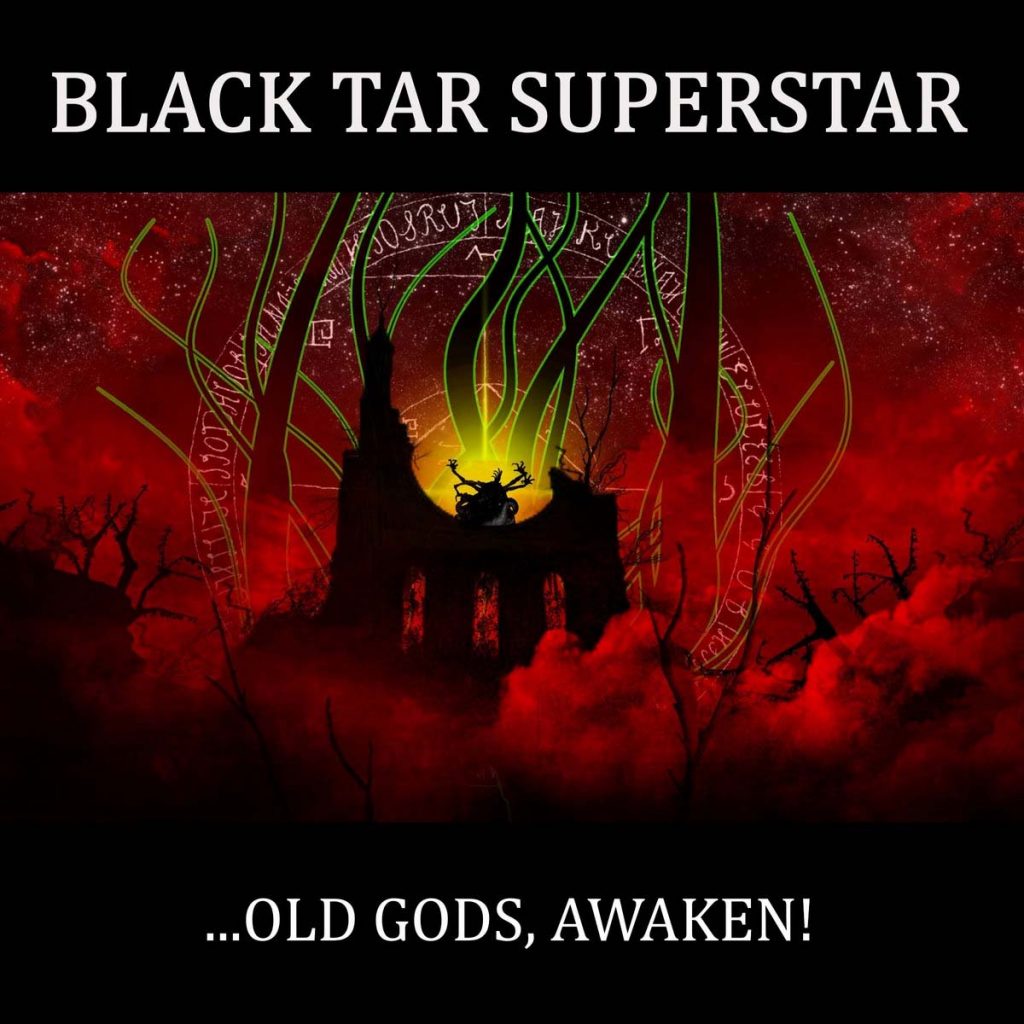 Akron, Ohio based doom/sludge metal outfit Black Tar Superstar announce a music video for the track »Hail To The Succubus« off their first EP, »…Old Gods, Awaken!«, which was just released independently on October 30th, 2020.

The video for »Hail To The Succubus« will be premiering on Christmas Eve.

Black Tar Superstar is a doom/stoner/sludge metal band from Akron, Ohio (USA). The band was created by bassist/vocalist Chad Perkins who at the time, wrote and recorded all the songs over a 3 to 4-year period in his basement with a drum machine playing all the parts himself. In the Spring of 2020, he wanted to have a live full band collaborating on these very dark, doom filled tracks, creating a bone crunching sound to bring these songs to life. He then enlisted drummer Steve “Reaper” Komlody to give it a more aggressive, groovier style of drumming. He then added guitarist Jason McCraken, who brings a sludgy, southern vibe to the riffs. Lastly, adding guitarist Logan Komlody, who provides a very aggressive and percussive style to the riffs with perfectly placed pinch harmonics.

This Sabbath/Down/Danzig/Type O Negative like quartet coming together, have blended heavy and groove together to form a huge wall of sound. Other influences include: Neurosis, Acid Witch, High On Fire and countless others. Their songs discuss a variety of topics such as the occult, apocalyptic themes, loss of love and history. First they learned a variety of Chad’s own material and now they have just started to write together; someone introduces a new riff, they jam it out and everyone puts their spin on it. The first two songs they wrote together as a band were »Hail To The Succubus« and »Serial«.