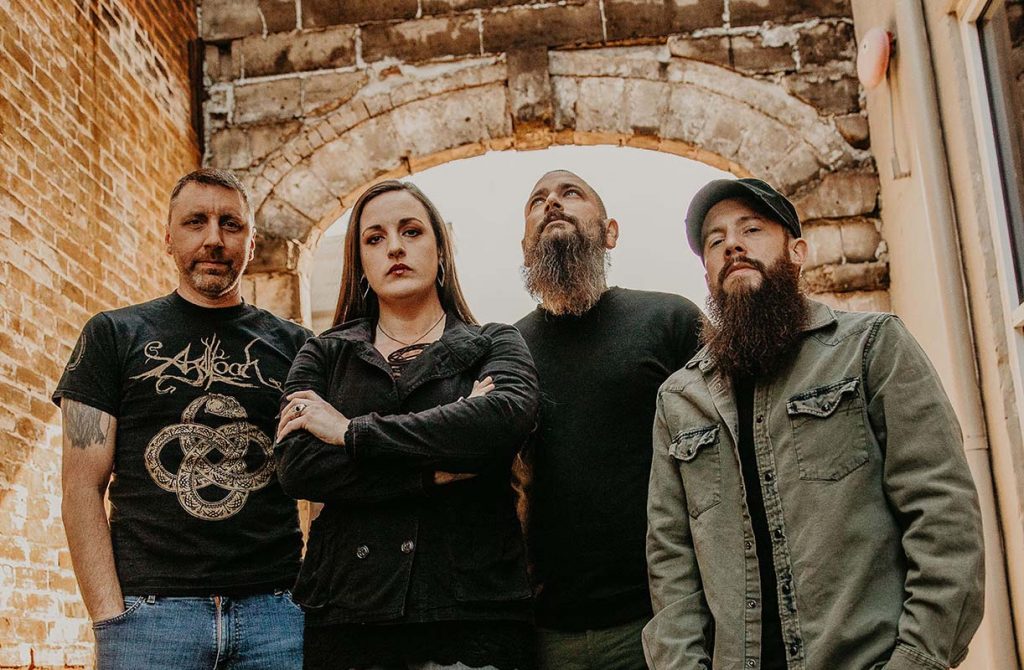 Alabama doom rock outfit Embr has unleashed a new music video for the track »Powder« taken from their debut album, »1823«, which was released in July 2020 via New Heavy Sounds.

“When we wrote »Powder« we had some specific elements we wanted to incorporate. We knew it was going to be a song for the middle of the album and we wanted it to sound more intense vocally than some of the other songs. We wanted it to be hard hitting and essentially be the heaviest song on the album. Knowing these things we set out to have Eric and Crystal intertwine or take turns with sections. Eric on verses and Crystal on choruses.” says the band. “Lyrically the song is two fold. It’s about transgressing against someone, realizing you were wrong, asking for forgiveness, redemption. On the side of the one that was wronged, forgiveness can be tricky and sometimes you can end up towing the line between letting something go and holding a grudge. It’s a song about forgetting hell to embrace heaven, a song about love and friendship conquering hate and resentment.”

Musically »1823« could be classed as “doom” metal. However, on the basis of this debut it’s obvious that Embr have a range, ambition and a desire to and add to the genre, to broaden it whilst always staying true to its core.